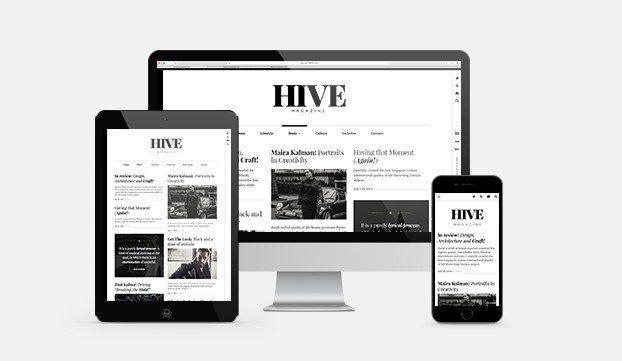 Remember how I told you that I would eventually break down and spend $125 on the theme I like because I’m just that ridiculous? Well, welcome to $125 worth of theme. Pretty, isn’t it? It ought to be for that kind of money.

So far, I’ve only had to add eight bits of custom CSS and I haven’t even had to resort to the forums to do it! For comparison’s sake, my last theme had at least three times that and I still wasn’t happy with it.

In six years, I’ve never found a WordPress theme that I love. They all have something wrong with them, which is why I switch so often. The last theme was too narrow and the header was too small.

On this theme, the only thing I don’t like is the comments section.

I’m not fond of the hidden “reply” button. If you want to reply to a comment, you have to hover over it, and only then does “reply” show up. Not that I think y’all are stupid and couldn’t figure that out, but I like things nice and simple.

I also don’t like the boxes and numbering on the comments. Numbering is all fine and good on posts with a lot of comments, but what about the posts where there are only three? Wouldn’t it make those three little comments sad and lonely? Plus, it just takes up extra room for no reason. The comment area is narrow enough without boxes and numbers.

While I was at it, I made the font size bigger, too. Your eyes will thank me. I’ll have to do more CSS witchcraft on the comments section, but other than that, there’s nothing in this theme that I mind overmuch, so I’m fairly happy with it.

UPDATE: Most of the things I complained about the comments area are now fixed.

Still, I’m waffling on the price. I have this weird thing where I have an arbitrary price limit for everything, even things I’ve never bought before. I’ll pay $10 for that, but not $12. Take it or leave it.

For example, I spent $6 on this, but I wouldn’t have bought it for $8. $6 is my arbitrary maximum price for 3″ plastic unicorn figures.

The newest addition to my unicorn collection from a Tokidoki blind box. This one's name is Lily.

I don’t know where this arbitrary maximum price comes from. It’s not like I’m a professional appraiser or that $2 is going to make all that much difference. I just have a random price limit on everything. I’m not the only one in my family with it either; my sister also has this weird trait.

The point is, $125 exceeds my random price limit for a theme. But, I went through every single theme on the dot com, and this was the only one I liked. Finally, I just said, “Fuck it,” bought it, and immediately started to regret exceeding my arbitrary price limit. Then, I set about convincing myself that it’s okay to spend money on frivolous things every once in a while.

Still, it’s a lot of money for something I’ll probably get tired of a year from now. Then again, I spent $6 on a plastic unicorn figure, so who am I to talk? I don’t make sense even to me.

All things considered, $125 isn’t much for the public face of my blog. Still, it’s the most I’ve ever spent on a theme. We’ll see how long this one continues makes me happy.

Do you like my new digs? Have you ever spent that much on a theme? Do you have an arbitrary price limit?