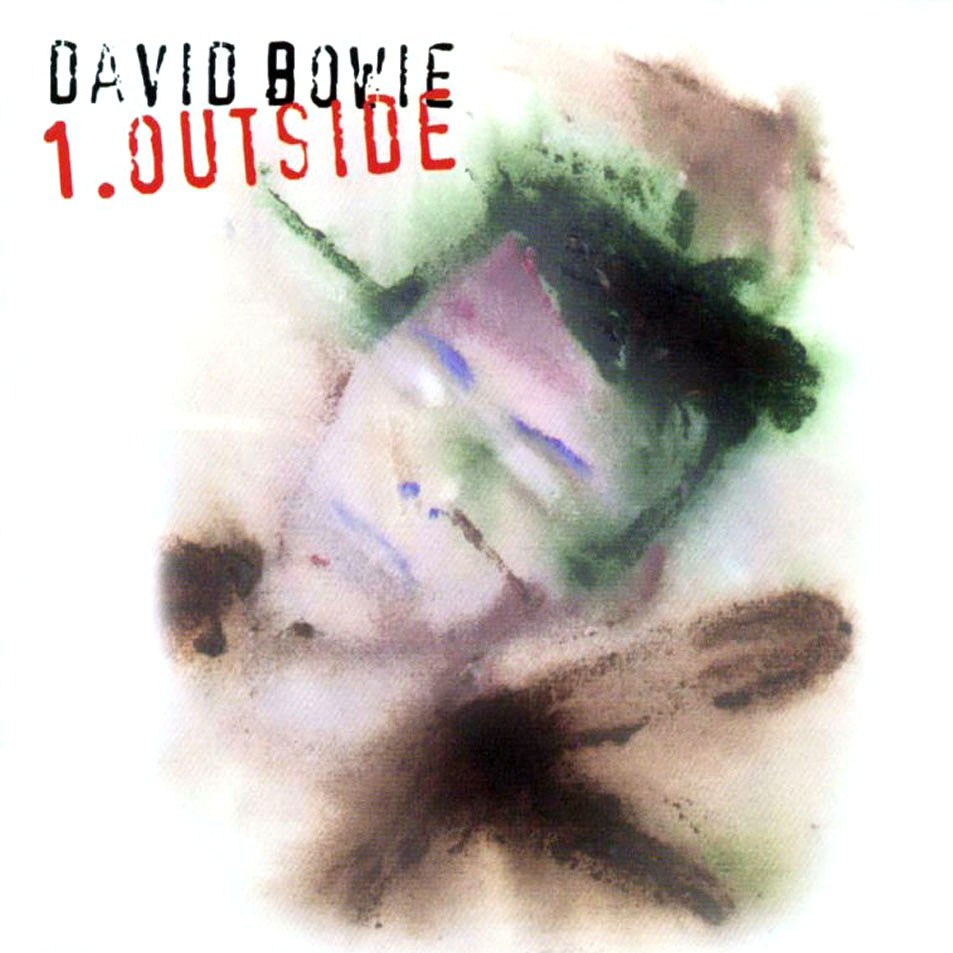 Album 22: Outside by David Bowie.

Monster and I had vastly different taste in music with only a bit of overlap in the middle. I loved punk, rock and roll, metal and everything in between. His tastes tended towards electronic and new wave. While I was on a constant prowl for new bands, he never really grew out of the 80s. One artist we always agreed on was David Bowie.

When Outside was released, David Bowie had, once again, completely reinvented himself. David Bowie could release an album of polka covers and it would be the coolest polka album ever. There is no one on this planet with the je ne sais quoi of David Bowie. I challenge you to come up with someone cooler. It can’t be done.

Anyway, Monster and I both adored David Bowie. Monster even painted lyrics from Outside on the back of his jacket. He was obsessed with this album and listened to it constantly.

Around this time, things started getting really, really bad between us. At first, he threatened to kill himself constantly, and when that failed, because eventually, I’d just walk away, he started threatening me. He’d come into my room late at night, drag me out of bed by my hair and beat me up, kicking me while I was curled up in a fetal position on the ground. This happened whenever he was drunk and he was drunk almost every night.

He killed my dogs. He knocked out my front tooth and gave me a concussion while I was driving. I had black eyes and bruises everywhere. I started wearing stage makeup and scarves around my neck at work to cover strangulation marks. I wore long sleeves in summertime.

It was all coming to a head. One way or another, it would end soon. I thought it would end with my death. I can clearly recall the turning point. He had me pinned against the kitchen wall and he was strangling me. I knew that it’s much harder to strangle someone if their head is turned, so before that night, I always turned my head whenever he strangled me. It had the added benefit of not having to look at him.

That night, I stopped turning my head. I looked him straight in the eye. I wanted him to kill me just to get it done with. I couldn’t take any more. I really thought that the only way out was my death.

Shortly after that, through a fortuitous series of events, I survived. I was able to kick him out of the house, not the other way around. I never saw him again. Though I tried, he was never prosecuted for all the times he tried to kill me. He is still out there, free from prosecution forever, since all the warrants for his arrest have expired.

I’ve taken back Let There Be Rock, The Downward Spiral and many other albums that the pedophile and domestic violence monsters stole from me, but this is the last album I need to reclaim. While Monster didn’t steal David Bowie from me–he was mine before I met the monster–I haven’t been able to listen to this album for over fifteen years. Today marks the first time I’ve listened to it since then.

I’ve been dreading this post, because it meant I’d have to listen to it. I can’t say that I’ve reclaimed it yet, since I’m crying, shaking, and having a panic attack (I’m writing this post Saturday morning, so by the time you read this, I’ll be better), but the hard part is done. I won’t let the monsters keep anything from me ever again.