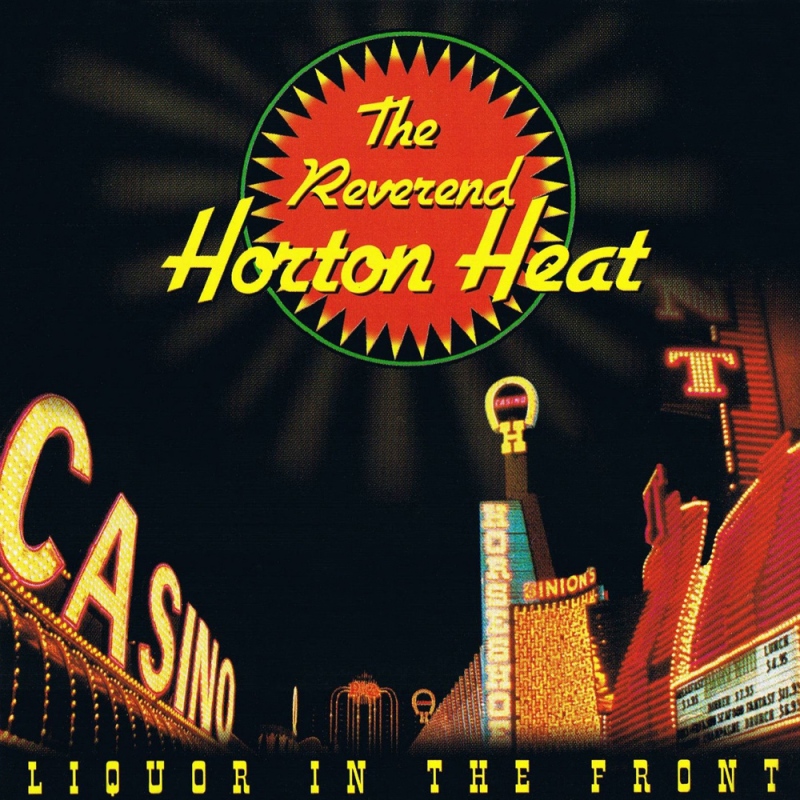 Album 23: Liquor In The Front by Reverend Horton Heat.

After I kicked Monster out, I had the apartment and the stuff in it, but nothing else. Somehow, the morning after I kicked him out, he broke into my bank account and withdrew all the money I had. Zero balance. I had nothing of value; I found a brick inside my camera bag instead of my very expensive camera and accouterments. He stole all the jewelry I didn’t wear regularly, some of it family heirlooms.

Going through his belongings, I found that nothing was in his name. The phone company cut the phone off and refused to install a new one, even under a different person’s name, because he owed hundreds of dollars in long distance calls (back when that was still a thing). I got my first very expensive cell phone, because I had no other choice if I wanted a phone.

There was mail addressed to me in his stuff from credit card companies I’d never had any business with. It turns out that for a few years, from the time we were still in Detroit, he was stealing those “Get a zero interest credit card!” offers from me, applying for them as me and taking cash advances. I had no idea. All told, not including the money and valuables he stole, he left me over $50,000 in debt that I didn’t even know I had.

Try to prove that you didn’t know that there were credit cards in your name when the mail was delivered to your current address. It’s impossible. I still have that debt. From time to time, one of those files will get sold to another credit collection agency and the whole thing starts all over again, even fifteen years later.

The worst was not the financial situation though (as Male would say, “It’s only money; I can make more.”), it was that very few people from a lifetime of relationships believed me. Going head to head against a charming sociopath is hard, even with copies of police reports and a restraining order. Except for a handful of people, everyone I knew in Boston and Detroit took his side over mine. Nothing shows you who your friends truly are better than domestic violence.

I had nothing. In the days following kicking Monster out of the house, I was constantly on the phone. I called the Domestic Violence Hotline and was told I made too much money for any help. “Perhaps you should get private help through your medical insurance,” which I did.

I called Monster’s dad and stepmom, explained what happened and said goodbye. His father cried. He knew I was telling the truth.

I called all the credit card companies and got nowhere. I called the police. I spent hours on the phone with an amazingly awesome detective in Detroit pulling together enough information to get a warrant for fraud, including ATM video surveillance of Monster taking cash advances on a credit card I didn’t know I had. He even helped me get a Federal mail tampering charge. I was in Boston; he was in Detroit. He didn’t have to help, but he did.

I called the few friends whose numbers I had. I called my best friend’s house–at this point, she was still really just an acquaintance–and I explained to her boyfriend what had happened. I told him to tell her. He didn’t. She heard about it several days later through the good Samaritan who saved my life that final night and immediately showed up at my house. From that day on, she became my staunchest ally and strongest supporter. She fought my battles with me, and when I couldn’t do it, she did it for me. Thinking about the strength and courage she showed in those days gives me goosebumps. I would not have made it through without her.

I’m not sure how long it was, maybe a year or more after Monster left, I was laid off. They claim that they were downsizing, but I was the only one downsized and a security guard escorted me out. I knew full well that I was let go because of Monster’s mess. I don’t necessarily blame them for that since I was a useless employee. I was an absolute wreck and I was always on the phone.

So, in addition to all the other nothing, I had no job. Around the same time, my best friend went through a terribly messy break up with her boyfriend. She was getting the hell out of Boston and I should come. I said yes before I even knew where we were going.

I don’t remember the date that I kicked Monster out and my life started anew, but I remember the date we arrived in Los Angeles: December 23, 1999. Even though Monster was gone before that, I use that as the anniversary of my freedom from Domestic Violence since it wasn’t really over until I left Boston. It will be sixteen years next month.

One of the last shows we saw before we left Boston was Reverend Horton Heat. Then, as fate would have it, not long after we moved to Los Angeles, they had a free show on the Santa Monica Pier. We went with some new friends we made in LA only a few weeks after we arrived. Those friends are our family now. One of them was Male.

Reverend Horton Heat bridges the gap between Boston and Los Angeles and they always will.