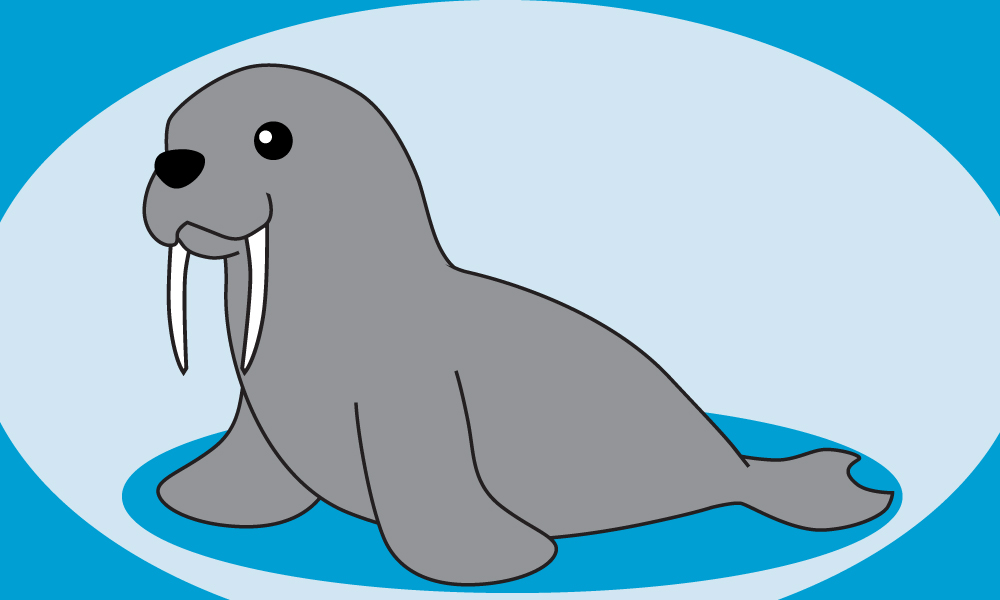 I got it into my head to do an alphabet poster for the kids with all of my little animals. I even made a spreadsheet, because I’m just that ridiculous:

As you can see, I already have quite a few letters done. Because I’m lazy, I’m using as many animals as I can that I’ve already drawn. I can squish a few animals I already have into some of the letters by calling them by their proper names or adding a modifier like king or vampire to crab or bat (Although, I’d really like to see a vampire crab).

Also, I’m probably doing a narwhal for N and we can’t have a narwhal and a whale on the same poster. That wouldn’t be proper. So, a walrus it is.

Besides, walruses are cool. Check out this chill fucker:

Finally, I get to draw something that’s pretty cute in real life. I’ll be drawing in Adobe Illustrator with my trusty Wacom tablet.

As with anything that actually exists, first we need some reference material. We have a head above, but we need a full-body walrus to draw from.

Seriously, how rad are these guys? They’re so fat with stubby little legs. They’re like my cat if my cat was a sea creature. Alright, here we go on our walrus adventure. First a deformed bean body: 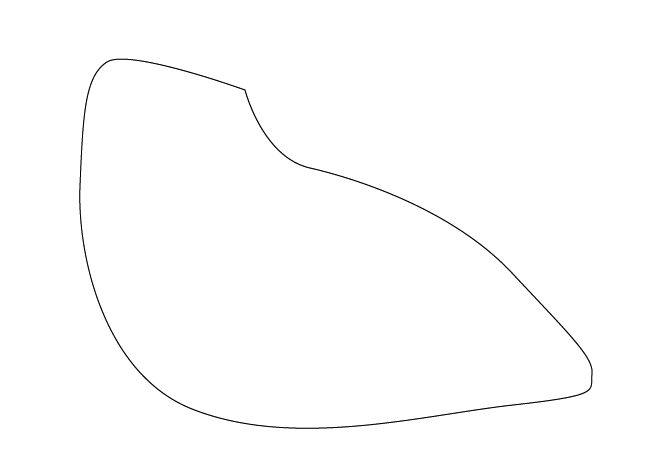 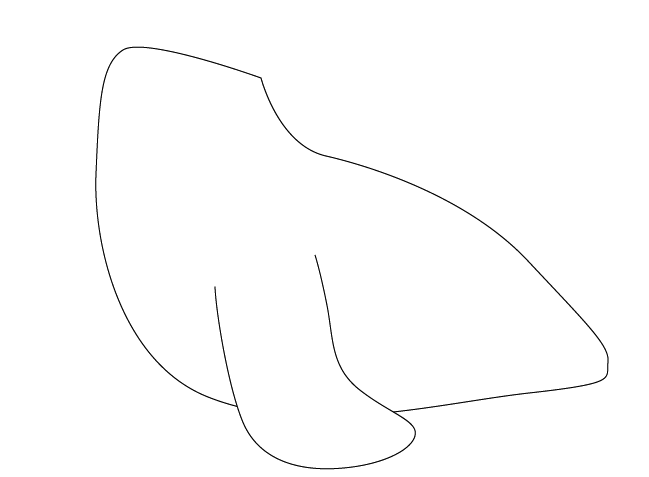 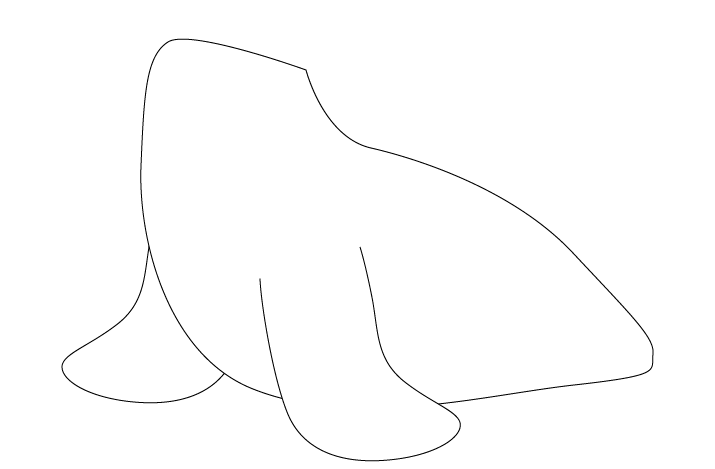 And he needs a tail. 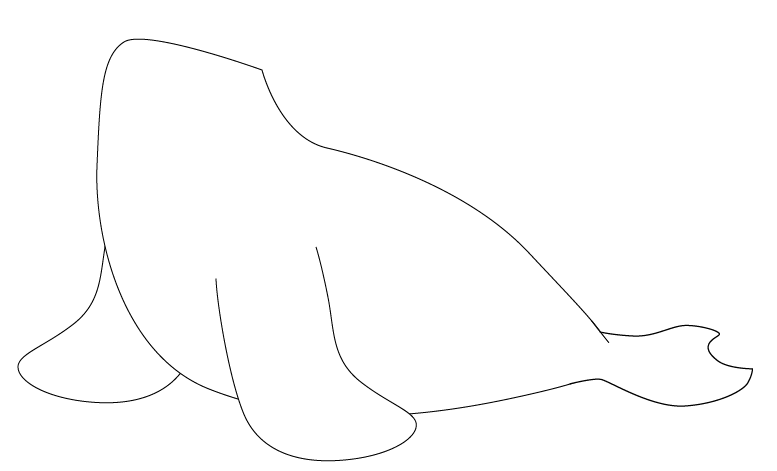 Now comes the hard part: a head. The head is always the most difficult part because that’s generally where the personality lives. 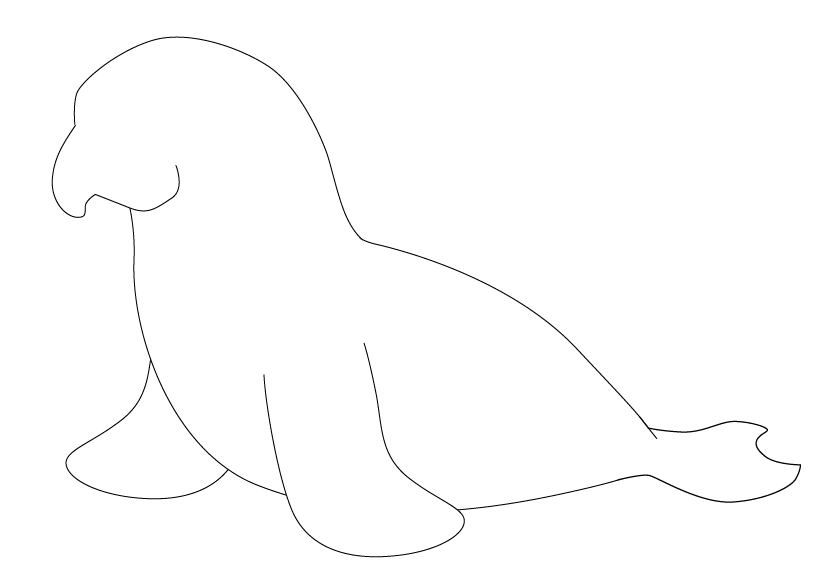 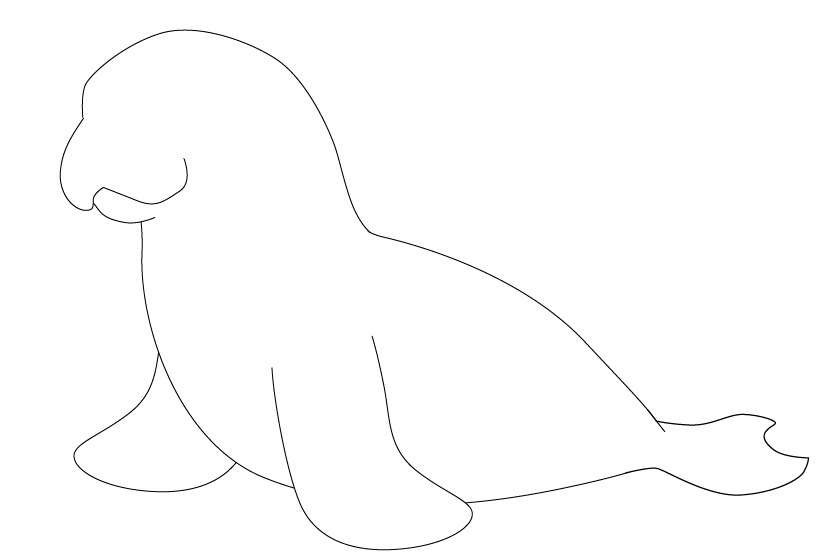 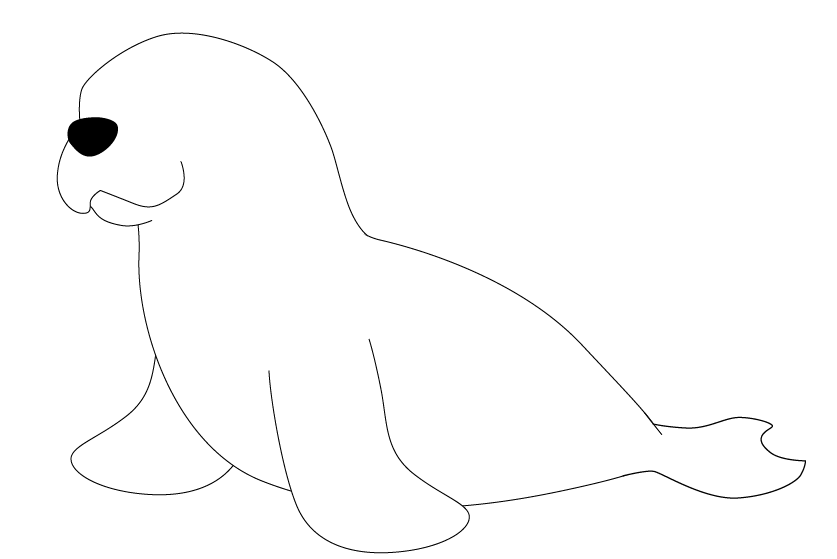 And some eyes. Well, one eye. We’ll assume the other one is on the other side of his face. 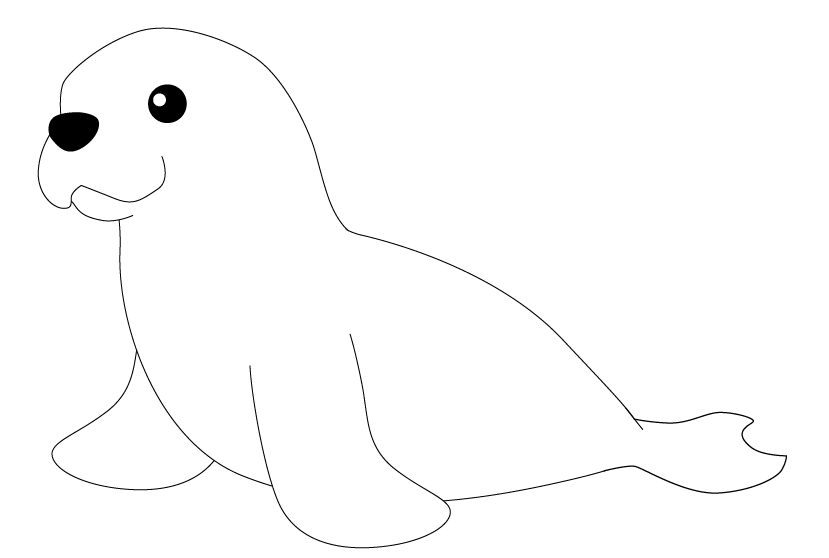 I’m going to let you in on a little digital artist’s secret: cannibalism. I’m not sure why it’s called cannibalism since we’re not actually eating anything. In any event, graphic design cannibalism means to take bits from your own already-created work and reuse it in other things. It’s actually more like recycling, but whatevs.

Instead of drawing some iconic walrus teeth, I will now cannibalize some previously-drawn gazelle horns. 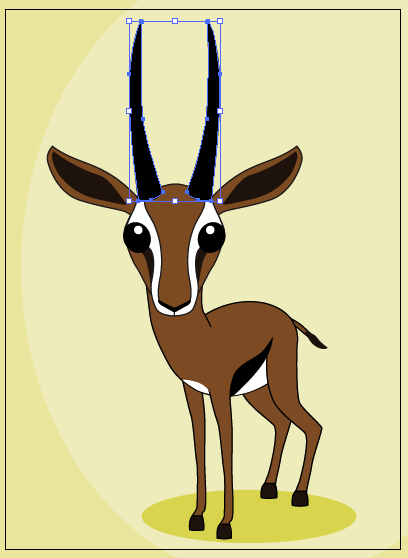 So, basically, walrus teeth are just upside down gazelle horns. How ’bout them apples? 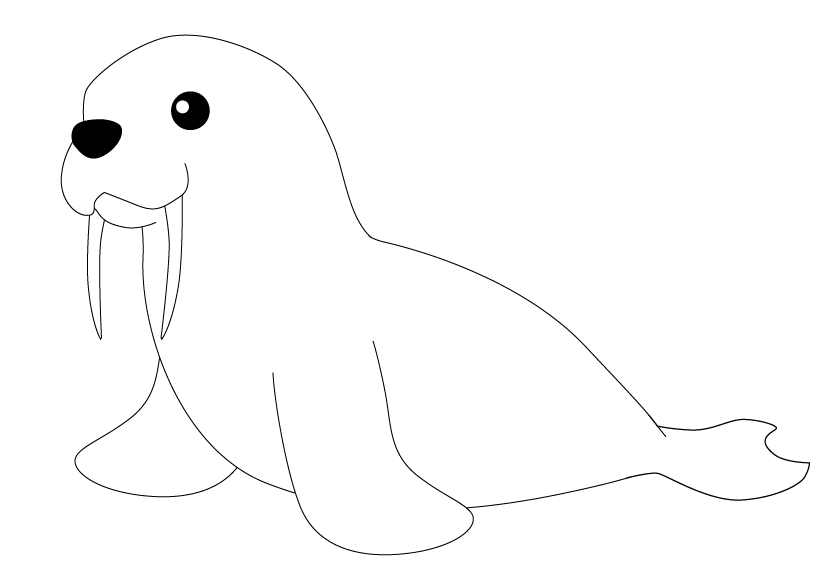 We need to add some color to our walrus. I’m not quite sure what color a walrus is supposed to be, so I’m just going to make him gray like the elephant of the sea… 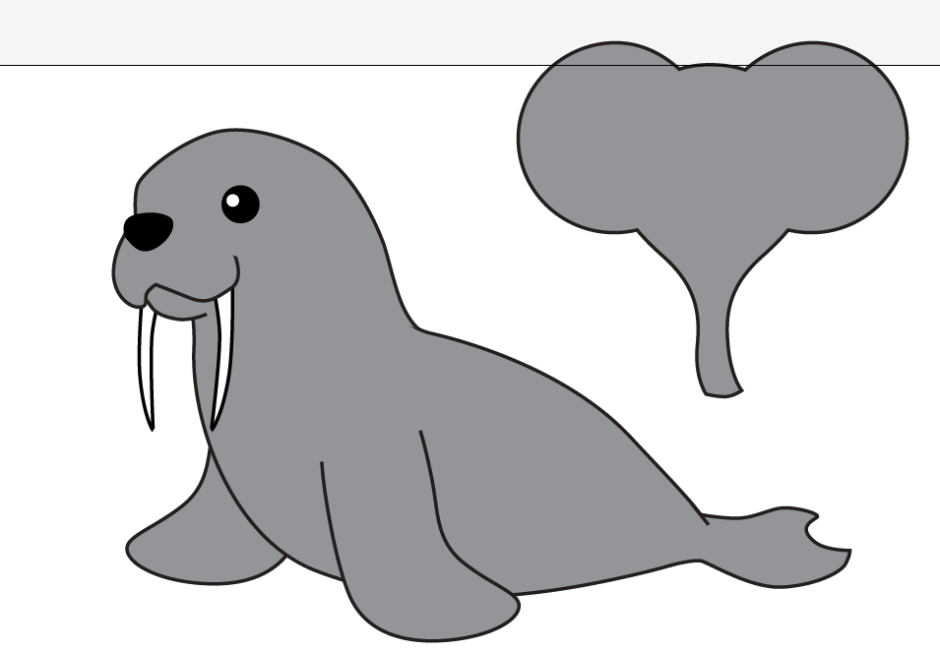 I copied my previously-drawn elephant head into the walrus file and eye-droppered him gray. Again, why reinvent the wheel when you can just cannibalize it?

He needs a background color. Blue for water and ice. 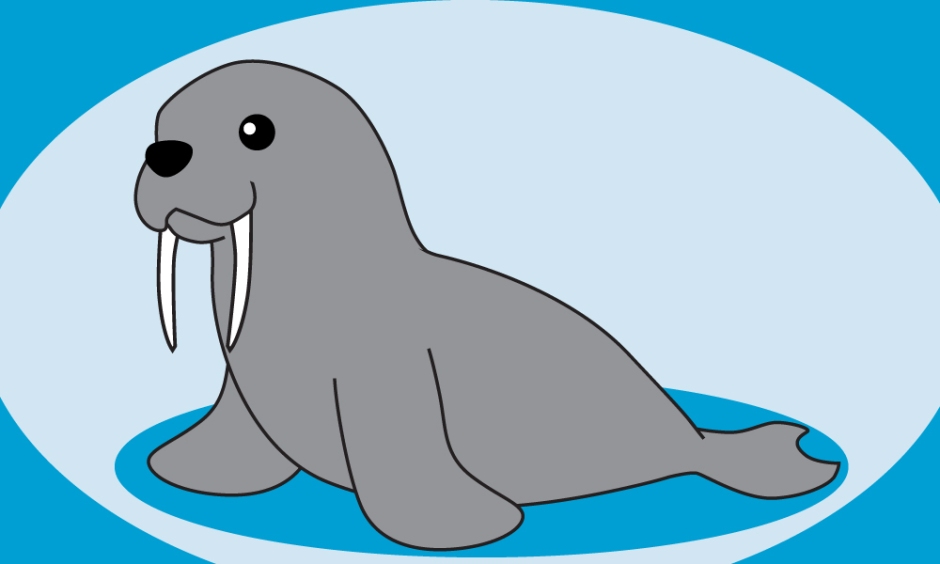 And now to put him up for sale on Redbubble… 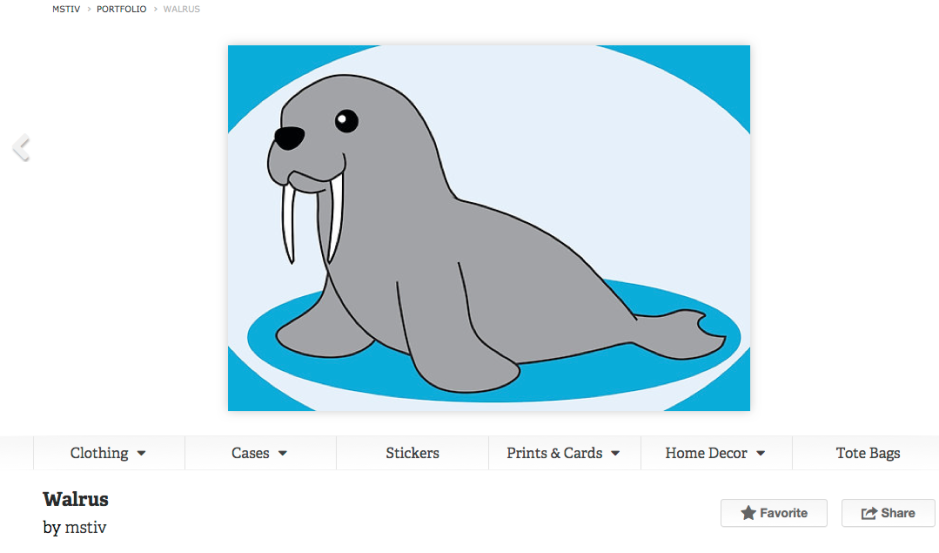 We have walrus and we’re one step closer to having an entire alphabet! 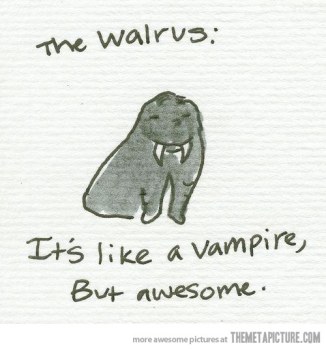 While we’re at it, can you think of any good animals that begin with the letters N, Q, Y or Z?