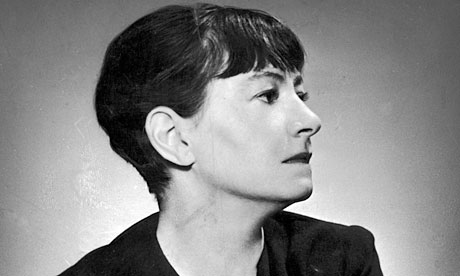 There are tons of lists out there on the rest of the internet of “best insults.” Lots of people have said some pretty great one-liners. As they say, even a blind squirrel finds an acorn from time to time. This list is not about one-off comments though; I’m talking about people who consistently came up with amazingly brutal and often funny quips at the expense of others. This is my list, not of the best insults, but of the best consistent authors and deliverers of them. It’s sort of in ascending order, but I had such a difficult time picking my favorites that I didn’t number them.

“He’s the kind of man who picks his friends – to pieces.”

“She’s the kind of woman who climbed the ladder of success – wrong by wrong.”

“His mother should have thrown him away and kept the stork.”

“The finest woman that ever walked the streets.”

“He’s the kind of man a woman would have to marry to get rid of.”

“That young girl is one of the least benightedly unintelligent organic life forms it has been my profound lack of pleasure not to be able to avoid meeting.”

“Anyone who is capable of getting themselves made President should on no account be allowed to do the job.”

“He was a dreamer, a thinker, a speculative philosopher… or as his wife would have it, an idiot.”

“You live and learn. At any rate, you live.”

“The last time anybody made a list of the top hundred character attributes of New Yorkers, common sense snuck in at number seventy-nine.”

When asked about how work was coming along on the Hitchhiker’s Guide To The Galaxy movie:

“The Hollywood process is like trying to grill a steak by having a succession of people coming into the room and breathing on it.”

“He can compress the most words into the smallest idea of any man I know.”

“What are you going to do for a face when the baboon wants his ass back?”

[He’s] “as thin as the homeopathic soup that was made by boiling the shadow of a pigeon that had been starved to death.”

“The time comes upon every public man when it is best for him to keep his lips closed.”

“Better to remain silent and be thought a fool than to speak out and remove all doubt.”

“If General McClellan isn’t going to use his army, I’d like to borrow it for a time.”

“General McClellan is indeed a striking figure, in spite of his shortness.”

In the fall of 1862 Gen. McClellan blamed tired horses for his failure to move against the enemy. Lincoln replied:

“Will you pardon me for asking what the horses of your army have done since the battle of Antietam that fatigues anything?”

“The more I see of the moneyed classes, the more I understand the guillotine.”

“I have defined the hundred percent American as ninety-nine percent an idiot.”

“Why should we take advice on sex from the pope? If he knows anything about it, he shouldn’t!”

“He knows nothing and he thinks he knows everything. That points clearly to a political career.”

“I would like to take you seriously, but to do so would be an affront to your intelligence.”

“The problem with political jokes is that they get elected.”

“If I wanted any shit from you, I’d scrape it off your dick.”

“She can talk brilliantly upon any subject provided she knows nothing about it.”

“Only dull people are brilliant at breakfast.”

“He has no enemies, but is intensely disliked by his friends.”

“She wore too much rouge last night and not quite enough clothes. That is always a sign of despair in a woman.”

“She lacks the indefinable charm of weakness.”

“There are two ways of disliking poetry; one way is to dislike it, the other is to read Alexander Pope.”

“He would stab his best friend for the sake of writing an epigram on his tombstone.”

“She is a peacock in everything but beauty.”

“America is the only country that went from barbarism to decencies without civilization in between.”

“Why was I born with such contemporaries?”

“This wasn’t just plain terrible, this was fancy terrible; this was terrible with raisins in it.”

“This is not a book that should be tossed lightly aside. It should be hurled with great force.”

“If all the girls who attended [the Yale prom] were laid end to end, I wouldn’t be surprised.”

“For years I have been crouching in corners hissing small and ladylike anathema of Theodore Dreiser.”

“That woman speaks eight languages and can’t say ‘no’ in any of them.”

“She runs the gamut of emotions from A to B.”

“I find her anecdotes more efficacious than sheep-counting, rain on a tin roof, or alanol tablets…. you will find me and Morpheus, off in a corner, necking.”

“The plot is so tired that even this reviewer, who in infancy was let drop by a nurse with the result that she has ever since been mystified by amateur coin tricks, was able to guess the identity of the murderer from the middle of the book.”

On hearing of the death of President Calvin Coolidge:

“How can they tell?”

Said to Norman Mailer after publishers had convinced Mailer to replace “fuck” with “fug” in his book The Naked and the Dead:

“Yes, Agassiz does recommend authors to eat fish, because the phosphorus in it makes brain. So far you are correct. But I cannot help you to a decision about the amount you need to eat – at least, not with certainty. If the specimen composition you send is about your fair usual average, I should judge that a couple of whales would be all you would want for the present. Not the largest kind, but simply good middling-sized whales.”

“Just the omission of Jane Austen‘s books alone would make a fairly good library out of a library that hadn’t a book in it.”

“I only know two things about him. One is he has never been in jail, and the other is, I don’t know why.”

“His ignorance covers the world like a blanket and there’s scarcely a hole in it anywhere.”

“He is useless on top of the ground; he ought to be under it, inspiring the cabbages.”

“Why do you sit there looking like an envelope without any address on it?”

“I didn’t attend the funeral, but I sent a nice letter saying I approved of it.”

“I could never learn to like her, except on a raft at sea with no other provisions in sight.”

“He was a solemn, unsmiling, sanctimonious, old iceberg who looked like he was waiting for a vacancy in the Trinity.” 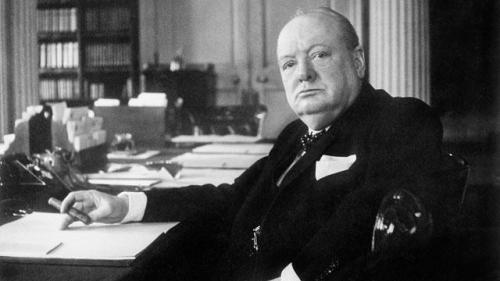 “When I am abroad I always make it a rule never to criticize or attack the Government of my country. I make up for lost time when I am at home.”

“He has all the virtues I dislike and none of the vices I admire.”

“I am enclosing two tickets to the first night of my new play; bring a friend… if you have one.”

“Cannot possibly attend first night; will attend second… if there is one.”

On being disturbed in his toilet by a call:

“Tell him I can only deal with one shit at a time.”

“There he stalks, that wuthering height.”

“A sheep in sheep’s clothing.”

“A modest man who has much to be modest about.”

“An empty taxi arrived at 10 Downing Street and when the door was opened, Atlee got out.”

“The candle in that great turnip has gone out.”

“He occasionally stumbled over the truth, but hastily picked himself up and hurried on as if nothing had happened.”

“What could you hope to achieve except to be sunk in a bigger and more expensive ship this time?”

“Winston, if you were my husband I would flavor your coffee with poison.”

“Madam, if I were your husband, I should drink it.”

“Why don’t you bore a hole in yourself and let the sap run out?”

“I’ve had a perfectly wonderful evening. But this wasn’t it.”

“You’ve forgotten those June nights at the Riviera…the night I drank champagne from your slipper–two quarts. It would have been more but you were wearing inner soles.”

“Now there’s a man with an open mind; you can feel the breeze from here.”

“Remember, men, we’re fighting for this woman’s honor, which is probably more than she ever did.”

“Do you think I could buy back my introduction to you?”

“I never forget a face, but in your case I’ll make an exception.”

“You’ve got the brain of a four-year-old boy and I bet he was glad to get rid of it.”

“You don’t frighten us, English pig-dogs! Go and boil your bottom, sons of a silly person. I blow my nose at you, so-called Arthur King, you and all your silly English k-nnnnniggets. Thpppppt! Thppt!”

“I don’t wanna talk to you no more, you empty headed animal food trough wiper! I fart in your general direction! Your mother was a hamster and your father smelt of elderberries!”

“How you English say, ‘I one more time unclog my nose in your direction’, sons of a window-dresser! So, you think you could out-clever us French folk with your silly knees-bent running about advancing.”

“No chance, English bed-wetting types. I burst my pimples at you and call your door-opening request a silly thing, you tiny-brained wipers of other people’s bottoms!”

“I wave my private parts at your aunties, you cheesey-lover second-hand election donkey-bottom biters!”

“You’re one of the most boring, tedious, monotonous, cloth-eared, flatulent, swivel-eyed, fornicating little gits I’ve ever laid my eyes on!”

“Your highness, when I said that you are like a stream of bat’s piss, I only mean that you shine out like a shaft of gold when all around it is dark.” 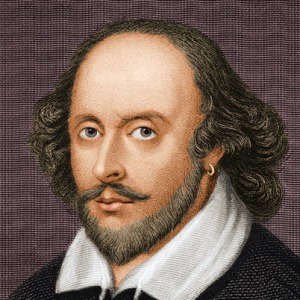 “They lie deadly that tell you have good faces.”

“You speak an infinite deal of nothing.”

“She hath more hair than wit, and more faults than hairs, and more wealth than faults.”

“A knave, a rascal, an eater of broken meats, a base, proud, shallow, beggarly, three-suited, hundred-pound, filthy, worsted-stocking knave; a lily-liver’d, action-taking, whoreson, glass-gazing, super-serviceable, finical rogue; one-trunk-inheriting slave; one that wouldst be a bawd in way of good service and art nothing but the composition of a knave, beggar, coward, pander, and the son and heir of a mongrel bitch; one whom I will beat into clamorous whining, if thou deny the least syllable of thy addition.”

“Thou art a boil, a plague sore, an embossed carbuncle in my corrupted blood.”

“Methink’st thou art a general offense and every man should beat thee.”

“Why dost thou converse with that trunk of humors, that bolting-hutch of beastliness, that swollen parcel of dropsies, that huge bombard of sack, that stuffed cloak-bag of guts, that roasted Manningtree ox with the pudding in his belly.”

“‘S’blood, you starveling, you elf skin, you dried neat’s tongue, you bull’s pizzle, you stock fish! O, for breath to utter what is like thee! You tailor’s yard, you sheath, you bowcase, you vile standing tuck!”

“I had rather chop this hand off at a blow, and with the other, fling it at thy face.”

“More of your conversation would infect my brain.”