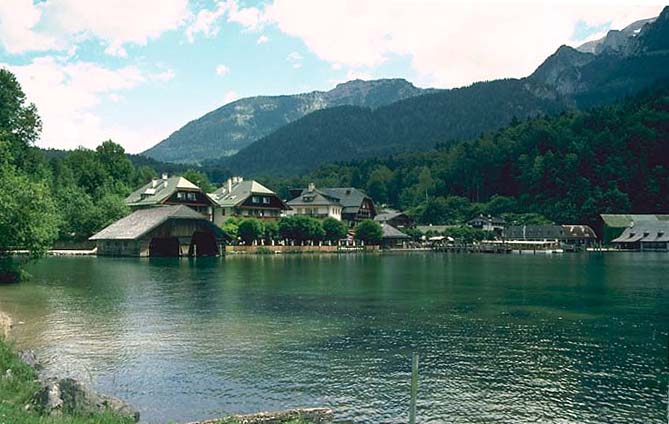 Once upon a time, there was a boy named Ween who lived in a small village in the German Alps called Meisterstadt or Master Town in English. All of the townsfolk were skilled craftsmen who passed their trade down through the generations, but Ween was all thumbs. His father tried to teach him the family trade of cabinet making, but everything Ween built was lopsided and fell apart.

His father thought that since cabinet making wasn’t for him, maybe there was something else that he could do, so he peddled him around the village as an apprentice to other craftsmen, trying to determine where his skill lay.

Ween spent only two hours at the blacksmith’s shop before he nearly burned it down. The blacksmith was furious and severely pointed his finger toward the exit and bade Ween never to return.

His time at the glassblower’s didn’t fare much better. Ween couldn’t make a bubble in the glass if his life depended on it. His stained glass windows were just blobs of glass-like substances.

His apprenticeships with the painter, sculptor, stone carver, bookbinder, composer, metallurgist and luthier had much the same result. He was just no good at any of them. In fact, he was terrible and ended up destroying more than he produced.

Ween and his father were both dejected. As a citizen of Meisterstadt, it was just unheard of that he couldn’t excel at a proper trade. The town had never experienced anything like it. All of the first tier arts were closed to him. There was nothing to do but to try some of the lesser crafts like baking, candle-making and tailoring.

Meisterstadt was very strict on the hierarchy of craft and its citizens. Permanent results were prized over the less permanent arts of clothing, food and sundries, which is why they were considered the lesser arts. If you didn’t have a trade, you couldn’t live in Meisterstadt. Anyone who wasn’t an apprentice, journeyman or master craftsman had no place in the town and would have to leave.

Ween went to the chef who was an artisan of food of the finest order. The chef put Ween to simple tasks at first, and just like the other trades, he failed. As he was trying to chop some carrots, he nearly cut off his thumb. The chef was appalled. Blood and food should never mix. He pointed an angry finger to the exit and Ween’s apprenticeship was at an end.

Next, he went to the baker, the confectioner and the candle-maker with the same results. After a few hours, a finger was pointed towards the exit and Ween had no choice but to depart for good.

The only trade left in Meisterstadt was tailoring. This was Ween’s last chance to make good on his heritage as a thirtieth generation Meisterstadter or he would have to leave the town for good. The tailor, Gunter, was a kindly old man. He had, of course, heard of all of Ween’s failures and took pity on the boy. He was determined to help him succeed. It just wasn’t fair that he should have to leave the town where he was born and raised.

Gunter sat Ween down with a needle and thread and taught him to sew. Ween picked up the needle and the enormity of his situation weighed on his shoulders. If he didn’t succeed at this, he would be exiled. His hand trembled as he plunged the needle into the fabric. On the first try, he sewed a hem so straight and perfect that it looked like a machine had done it. He was a natural.

The townsfolk were overjoyed to learn that Ween had finally found his trade. No one wanted Ween to have to leave Meisterstadt, but rules were rules. In less than a few months, Ween was already a journeyman and he started sewing his own creations. Gunter gave him leave to use any of the scrap fabrics that weren’t being used for other finery.

Ween created some of the most elaborate clothing the world had ever seen. Word got around and people from all over the world started commissioning his work for costume balls. The people of the town were more prosperous than ever through Ween’s success. Due to Ween’s fame, the townsfolk started thinking that maybe there wasn’t such a thing as a “lesser art” after all, that maybe all arts are created equal. A master was a master and it didn’t matter what trade they plied as long as they were exceptional.

When Ween was an old man, having no less than fifty apprentices, the town of Meisterstadt created a museum in his honor showcasing his finest efforts. They called it Halle von Ween, or Hall of Ween in English. Ween died as an old man on the 31st of October and the town mourned. They declared the day a holiday in his honor where everyone would dress up in the costumes that Ween and his apprentices created. They would go door to door visiting their neighbors in their finest costumes and the confectioner would make the finest candies in the land as a tribute.

Over the years, the legend of Halloween has become somewhat distorted and the true meaning of the holiday has faded. Some of the children who celebrate the holiday today have never even heard of Ween or his accomplishments. Every year on October 31st, we celebrate the life and work of the boy who didn’t fit in, but broke down barriers because he never gave up.