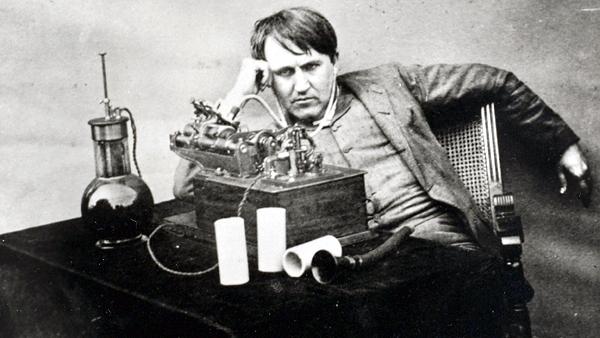 If you could invent anything, what would it be?

Anything? That’s an awfully big word. It leaves limitless possibilities, including things that we haven’t even thought of yet, but I guess that’s the whole point of inventing.

Time travel is out. I’ve seen the movies and I know how those stories always end. With the exception of maybe The Terminator, time travel always ends badly. Although the financial aspect of time travel cannot be denied. I could go back to last year and put a huge bet on the Super Bowl except for the fact that I don’t remember who won or even who played. I could warn people in 2006 of the impending real estate collapse, but they probably wouldn’t believe me anyway.

I could invent a way to speed up evolution, but The Outer Limits already tried that and it didn’t end well. I could invent a way to increase everyone’s IQ by 100 points, but then no one would want to fix the sewers. I’m certainly not implying that sewer fixers are unintelligent, but that’s how it went down when The Twilight Zone did that one.

I could invent a way to travel faster than the speed of light. We could hop around the galaxies and see what’s out there, but we’d probably just destroy whatever we found, so maybe it’s better that we humans stay put here on Earth.

Teleportation would be nice. It would put the airlines out of business. The last flight I took was canceled, forcing me to wait nine hours in an airport. When they finally flew me back, it was to the wrong airport, and as an added bonus, they lost my luggage. An industry like that might be better just going away entirely, but then a lot of people would be out of work. And there’s always the danger of not coming out on the other side in one piece.

Inventing a way to make all resources renewable would be good. You could cut down a tree and another one, just as big, would instantly sprout up in its place. The same would go for fish in the ocean, animals on the plains, oxygen in the atmosphere, and cars could run on a never-ending supply of dead dinosaurs. There would never be another oil spill in the ocean and all those wars over oil and natural resources would be moot. I’m sure we’d find a way to mess that one up too though. Perhaps it would lead to overcrowding if the whales that we keep killing were instantly regenerated.

I could invent a cure for cancer or AIDS. It would be nice to never have people suffer from these diseases again, but something else would just pop up to kill us in its place. It always does.

I could invent a way for people to respect each other, no matter what they believed, and realize that we’re essentially all the same. We are all Homo sapiens, no matter what our differences. Imagine a world where people tolerated each others beliefs, cultures and lifestyles. Imagine a world where what you believe is a private matter between you, your god and the people who share your views. Imagine a world with no religious wars, suicide bombers, snap judgments, hate crimes, bigotry, proselytizing or religion in government. Everyone would be free to believe whatever they wanted, privately, and no one would try to convince anyone else that their views were better than any other. There would be no war, no hatred, no killing in the name of some god or other. That might be the greatest invention of all. Da Vinci and Thomas Edison would be proud.