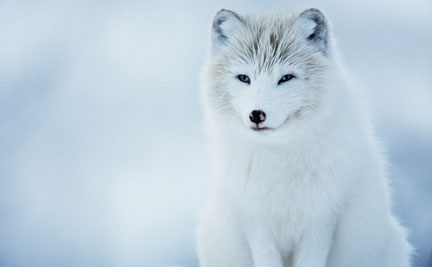 I’m bored and it’s Friday, so it’s time for steal-a-post. I read a post by Samara where she asked herself questions. We had this conversation where it turns out that I was going to steal a post idea from her that she had stolen from me.

Then, when I saved this as a draft, WordPress slapped a “2” at the end of it. I investigated and realized that I had already interviewed myself with questions I culled from Yahoo Answers. The problem with having the memory of a Goldfish and 1300 posts over 6 years is that I forget a lot of things I’ve already done.

Anyway, I present part 2 of the interview with myself, a.k.a. The Internet Theft Reach-Around Post. Feel free to steal it for yourself. These questions were culled from a Google search for “interview questions.”

What were your best and worst subjects in school?

Best: English. I took every English class offered at my high school, which was a lot of them, because I went to a fancypants richie rich public high school. I took an entire class just on Beowulf. Why? I don’t know.

Worst: Math. I struggled with math my entire academic career until college when I finally lucked into the rarest of the rare in academe: someone who knew math and could teach it. The world of numbers finally made sense to me. A Fibonacci spiral of universal potential expanded in my mind and I saw the calculus behind everything like Neo in The Matrix.

Then, I got hit on the head and forgot everything. D’OH!

Did you get into trouble a lot at school?

I was the perfect student. Perfect attendance, perfect behavior, perfect grades, perfect everything. Then, high school happened and I said fuck everything.

Turning down the full-ride scholarship to Cornell University to become a homeless, drug-addicted prostitute instead. Derp.

What’s the strangest thing about you?

I’m a left-handed artist who can see music and disliked chocolate for most of my life. Pretty much everything about me is strange.

What is your weirdest fear?

If you were an animal, what would you be?

A bear. Definitely a bear. They don’t have many predators, they eat a lot of sushi and sleep all winter. That sounds nice.

What’s your most annoying habit?

When speaking, I have a habit of starting sentences and finishing them, while skipping the middle part. For example, I might say that last sentence as, “I have a habit of skipping the middle part.” My brain works too fast for my mouth and it’s very confusing. Fortunately, I type really fast or I’d have that problem when writing, too. The worst part is that, half the time, I don’t even notice I’ve done it until I get a puzzled look from whomever I’m talking to. What the hell are you even on about?

The one where I don’t have to do anything festive, but still get the day off of work.

What is your current desktop background?

I have two monitors because I’m a professional artist and shit. The primary one is the Milky Way and the other is Andromeda.

What is your favorite book?

The Last Night Of The Earth Poems by Charles Bukowski. I have a well-loved, well-worn original Black Sparrow Press printing that lives on my bedside table.

What are you reading now?

A Tale Of Two Cities by Charles Dickens. I’ve been reading it for a while and haven’t found the time to finish it. Did you know that Dickens was funny? Check this out:

That is some funny shit right there, replete with making up his own word in the phrase “otherwise evil-adverbiously.” That’s 1859 comedy gold. I am absurdly fond of humor in really old books. Another great example of ancient humor is Nikolai Gogol’s Dead Souls. There is, however, no humor to be found in Beowulf.

This is more than 10, but whatever.

Are you good at accents?

Nope. I’m terrible at accents, particularly French. I can spell and know what common French phrases mean–trompe-l’œil, amuse-bouche, de rigueur–but if you ask me to pronounce them, I sound like I’m having a stroke.

What question do you hate to answer?

What does your tattoo mean? Sigh.

Do you have connections to any celebrities (even minor)? List them.

E Howard Hunt was my cousin.

Name 3 items you could pick up from where you are.

If you could be anyone for a day, who would it be?

I’d like to be a man for a day just to see what it’s like. I’d try peeing my name in snow. Though, realistically, I’d probably spend the whole day playing with my new man parts.

What physical trait do you get complimented on the most?

I have gorgeous green eyes. They are my best feature besides my unicorn horn.

What perfume do you wear?

My parents got me a Macy’s card for Christmas one year and the only thing I could afford there was some perfume. Now, I’m hooked.

It smells expensive (because it is).

The current order in which I choose things to watch (comedy would normally be higher, but since Male died, I haven’t watched any):

Musicals and romance are a toss up for last place. Most musicals have romance in them anyway. Down with romance.

Why are polar bears called polar, while foxes, wolves and hares are arctic?

I couldn’t find an answer to that. However, I do know that this arctic fox is awesome.

Why are aliens in science fiction usually shown as bipedal humanoids?

I don’t know! When you think about the diversity of life we have on this planet alone, it seems silly that aliens would be bipedal humanoids. Humans may be near the top of the food chain, but we are not the most numerous, biggest, fastest nor longest living. We’re not even that talented. We can’t fly or swim for long periods. We die in weather that’s too hot or too cold. Really, the only things we have going for us are thumbs and big primate brains. Why are science fiction authors so hung up on bipedal humanoids? Boring. If I ever write science fiction, there will be very few bipedal humanoids in it.

What are five things you want to do before you die?