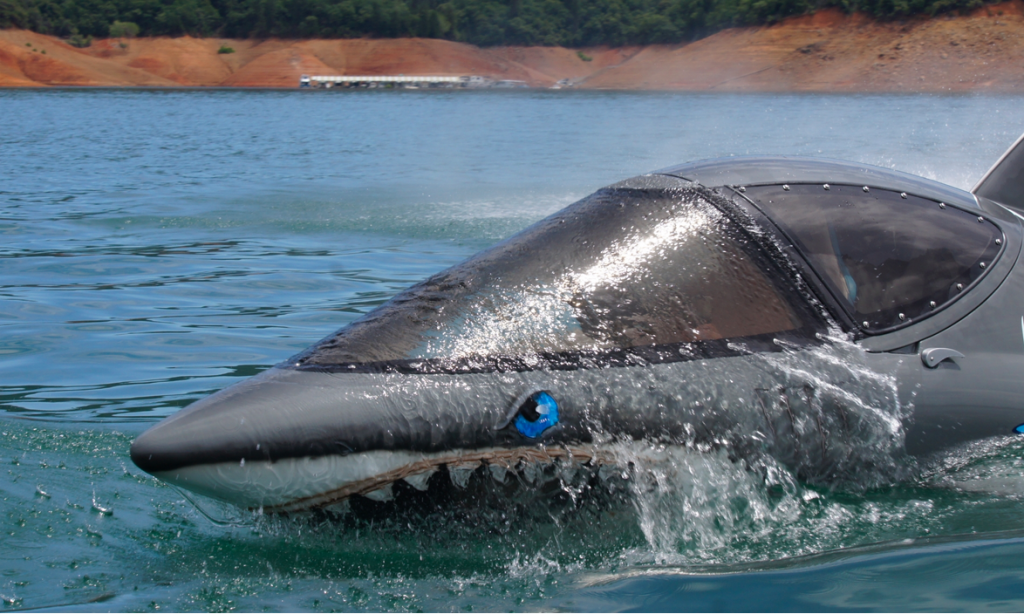 With Christmas fast approaching, I thought I’d take the guesswork out of shopping for me and give you some ideas. I’ll happily accept any of these items, or if you’re too lazy to buy them for me, I’d be quite content with the cash money instead. Thanks!

We’re starting off the list with something seasonal. Since I will never be able to afford a real house in Los Angeles, how about a life-size gingerbread playhouse instead? I would play the hell out of this thing and then eat it. Or maybe I’d put it on a trailer and make it a permanent tiny living space. The description doesn’t say whether it comes with indoor plumbing though.

Finally, there’s a real Jetson’s car! I’ve been waiting my whole life for this one. Not only does this bad boy fly, but it drives itself. All you have to do is input a destination and it does the rest.

Unfortunately, it will be in development for at least 8-12 years, but feel free to reserve a Transition, the TF-X precursor, for me now.

While I prefer silver or platinum to gold, I’m willing to live with the 24-carat gold frame of this aquarium since it combines two of my favorite things: fish and dinosaurs! Not only is there plenty of room for goldfish, but it has real T-Rex and Woolly Mammoth bones inside!

Speaking of fish and fossils, how about a fossilized fish? This one is only about 45-50 million years old. Although, perhaps it would be creepy of me to have a fossilized fish. Maybe you should just give me the cash instead.

Why am I wearing a pair of off the rack, cheap-ass Sony in-ear headphones right now, when I could be wearing some that are lovingly handcrafted and molded to fit my unique ears? How silly of me.

Inspired by Kubrick’s monolith in 2001, this is a real floating bed suspended off the ground with magnetic forces, magic or both. I’m not quite sure how it works, but I’d attach a little outboard motor to the back so I wouldn’t have to get out of bed to get a glass of water.

From the same guys who bring us the floating bed comes the Tetris House! If you get tired of your bedroom on the east wing, you can easily move it to the west. My floating bed would look very nice in this.

The Seabreacher X – Price not listed. If you have to ask, you can’t afford it.

This bad boy not only looks like a shark, but it has a thrust system (how could you not love that term?) that mimics aquatic animals like sharks and dolphins allowing it to do aquatic tricks like jump 90 degrees into the air.

It’s better than riding inside a real shark, because it has a 260hp supercharged engine and no fish guts.

Of course, this comes from Japan because where else would you expect a real robot warrior (pre-robot uprising) to come from?