1. Earthquakes. We here in Los Angeles had one the other day. It woke me up and I wrote about it. I’m not a big fan of the earth under my feet moving. I don’t like it at all. Just when I was starting to get over it a bit, there was another one last night. My dog, my cat and I felt it. My sister did not. I looked it up, and sure enough, I was right. There had just been a 2.6 magnitude earthquake, one of 13 aftershocks since the one that started it all. Dear earth, please stop shaking. You’re making me queasy and paranoid.

2. I hate how after every earthquake or during any holiday, that’s all Facebook talks about. “Did you feel the earthquake?” I don’t mind this question asked in person. Earthquakes are remarkable and an acceptable topic of face to face conversation, but it shouldn’t be blasted all over Facebook to everyone you know. A lot of people I know live in Los Angeles, so it’s pretty annoying seeing “Did you feel the earthquake?” a hundred times in succession. Some things are best talked about one on one. Also, “It’s St. Patrick’s Day! Here’s a green post!” Blargh.

3. I hate how there’s so much awesome seasonal candy. It ends up making me gorge. During Christmas, I’m all over Hershey’s Candy Cane Kisses. They’re white chocolate with a hint of peppermint and they are the best candy on earth: 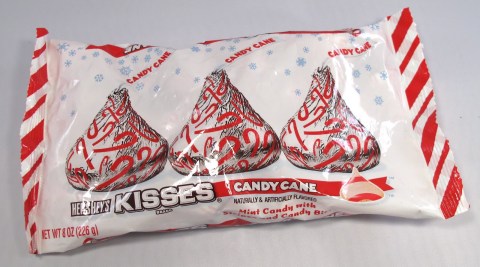 Easter is all about the Reese’s white chocolate egg: 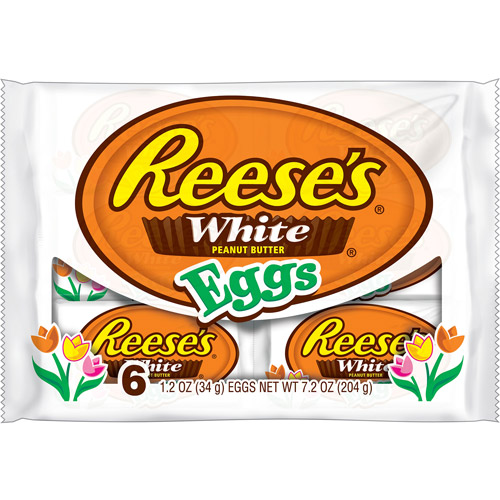 Great, now I’m drooling on myself. Both of those candies are amazing, yet they’re only available at specific times of year. Since you can’t always find them, this means that I end up hoarding them. I found those white chocolate eggs at the store last weekend and bought three packs. That’s 18 total eggs. So, now I’m fully stocked with Reese’s eggs that I’ll have no choice but to eat. If they made these things available year-round, I might not act like such a hoarder. Damn you, candy companies, and your delicious seasonal wares.

4. Automatic flushing toilets. These seem like an excellent idea in theory. A toilet that flushes itself so you don’t have to touch it! Brilliant! In execution though, well, what the hell? These auto toilets go willy-nilly flushing themselves at random times. You walk into the stall, it flushes itself. You sit down, it flushes. You actually want to flush the toilet when you’re done with your business, it doesn’t flush. You end up having to poke the tiny fail-safe flush button they installed on the top. They really need to work out the kinks in this one. If I’m in public, I usually use my foot to flush the toilet anyway.

6. Car maintenance. I realize that, when you buy something you use all the time that has a lot of moving parts, eventually, those parts will wear out and need replacing, but it doesn’t make it suck any less. Any mechanic, dealership, tire shop, etc., is likely to have the same pallid lights, worn chairs and sickly smell. They might even have the old candy vending machine that hasn’t been refilled since the shop opened. Having maintenance performed on your car sucks. There goes my tax refund.

7. I hate CSS. I’ve been noodling with the design of this site this week, trying to get it absolutely perfect. If there’s one thing I’ve learned about CSS, it’s that there is no such thing as perfect. There is only good enough. I added a splash page of sorts to FOG. If you clicked the header image on a page, it took you to this splash page. I wanted the header link to take you to the blog page instead. I could not for the life of me figure out how to do that.

I asked the WordPress CSS people and the people who wrote the theme I use, and they both said it wasn’t possible. That’s some bullshit. All I want to do is change a link. That should damn well be possible. I had to kill the home page, because that’s the type of tiny thing that drives me nuts. So, I wasted all that time designing a page I won’t use because I can’t change a stupid little link.

8. Tube tops. It’s getting to be summery warm here, which means a whole host of fashion nightmares are exposing themselves. Worst of these offenses is the tube top. If you have boobs, they just flop all over the place, free from all gravity. If you have no boobs, all a tube top will do is accent the fact that you have no boobs. Women, wear a damn bra, and whatever you do, don’t wear this outfit:

9. Underwear lines. The worst thing to hit fashion besides tube tops are these leggings that are supposed to replace pants. They don’t replace pants. They’re just leggings. A lot of the women ’round these parts who’ve decided leggings as pants is a good thing really shouldn’t be wearing just leggings. I chose a not entirely unpleasant ass to show you what I mean, but almost every time I see this on ladies out there, the butt in question is easily five times as large as this one:

That is not cute. It’s not sexy. It’s just kind of gross. Either wear underwear that minimizes panty lines, wear real pants, not leggings, or wear leggings that aren’t skintight. Nobody needs to see that.

10.  I hate finishing a good book/television show, that has a cliffhanger, only to find out that there will be no resolution ever. I sort of discussed this in the post 6 Things American TV Shows Should Stop Doing, but this applies to books as well. If you’ve left your readers/viewers with a cliffhanger, you should be allowed one more book/show to wrap it all up, because leaving us hanging forever is some serious  bullshit and makes me hate every publisher/studio.