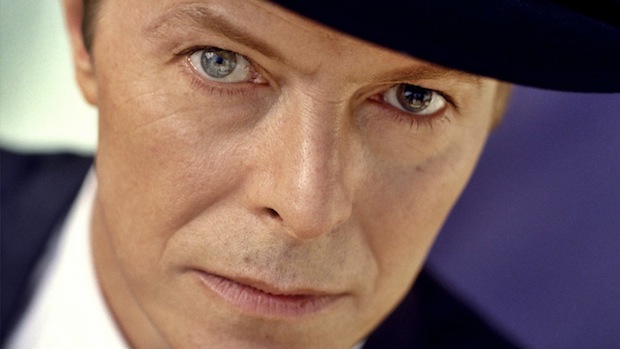 Hello, Mr. Bowie. Or should I call you David? You seem like a David to me, not a Dave and certainly not a Davy. I’m glad you changed your name from David Jones since you should definitely not be confused with this guy:

Not that Davy Jones isn’t cool. I absolutely loved The Monkees show reruns when I was little, but Peter was my favorite. Anyway, you know what I mean.

I just wanted to take the time and write you a fan letter. I’ve never actually written a fan letter before, at least not since I grew into double digits, so bear with me.

When I was born, you were already an established artist. You had already encountered a Space Oddity and The Man Who Sold The World. I was concieved around the same time as Ziggy Stardust. How cool is that?

The point is, I’ve never known life without you. I can’t imagine a world without David Bowie in it. You could have very easily rested on your laurels and retired on your private island, but you didn’t, and now we’re getting to the crux of the matter, i.e. why it is that I respect you so much.

To me, you are the very definition of an artist. You are what I wish to be. You have the drive and ambition to continually push your own limits and ours. You are avant-garde in the best possible way.

I can’t even begin to count the number of times you’ve reinvented yourself. From your wikipedia page: “The discography of the British rock musician David Bowie consists of 26 studio albums, 9 live albums, 46 compilation albums, 5 extended plays (EPs), 109 singles, including 5 UK number one single and 3 soundtracks. Bowie has also released 13 video albums and 48 music videos.”

Every album you produce is a new and unique sensory story, and you are very much a storyteller. Every album has characters, villains, heroes and themes, and I love them all. Some, of course, more than others, but I can, and do, listen to your entire discography on random shuffle. I’m doing so now actually. I did so last night on the way home from work, too.

I love your new stuff as much as your old stuff. My least favorite music is from the 1980s when you used synthesizers like every other musician on the planet in those days. Some of it is still pretty good though, like this one:

How damn cool are you in that video? Even as the dorky dude trying to get the girl, you’re unbelievably cool. I wouldn’t turn up my nose at you like she’s doing. Screaming Lord Byron indeed. I have the full-length version of that video on VHS somewhere. It’s rad.

I lost you for a bit in the late 1980s to early 1990s. Never Let Me Down was kind of a let down, but I was all punk and RAR with my giant blue mohawk, leather and studs. You should have seen me. I was like a peacock. And then came Tin Machine and honestly, I was never a big fan of Tin Machine. You slid out of my world for a little while, but not entirely. I still listened to everything you had done before then.

I bought Black Tie White Noise in 1993 and I listened to it, but I didn’t love it. I thought maybe our paths were destined to part for good.

Then, in 1995, you put away your suit, R&B backup singers and horn section, teamed up with Brian Eno, and smacked us across the face with Outside. Holy crap! I geeked out on that album like crazy. You went from aging rocker doing staid songs to a wall of contemporary industrial-esque sound in only one album.

Outside was another total reinvention of yourself and you pulled it off. Much like your entire career, the intricacies of this album are ridiculously complex. There are at least half a dozen songs woven throughout this one:

I saw you on that tour and was astounded. I loved you again like an old married couple who falls in love a second time. I’ve loved everything you’ve done since then.

I especially love Earthling. I saw you on this tour and your live version of Seven Years In Tibet nearly made me cry. I was there when you did the first ever internet feed of a live show.

Your cover of The Modern Lover’s Pablo Picasso was fun and a complete departure from the original. Something about you singing “asshole” in a song made me giddy.

And finally, after ten long years, The Next Day.

Even though I bitched about the artwork and I still think the album cover is crap, The Next Day is a great album. Thanks for that.

I can’t even remember the first song I heard by you. It was probably Life On Mars? It is still one of my all time favorite songs.

I’ve seen that video about a million times. I used to have a David Bowie video collection that I watched when getting ready to go out. Watching you always put me in the mood to go out and try to be as cool as you are. Secretly, I would practice my Venus stance like you in this video:

Am I the only one who put that together? Perhaps you didn’t even mean to be evocative of Botticelli; it’s just your nature. Sometimes, when I was out at night in another loud club listening to music that wasn’t yours with lights flashing and boys trying to get in my pants, I would stand in my Bowie/Venus pose, think of you and smile.

Thanks for being a part of my life for so long and with such great effect. I can’t imagine a world without you and I really don’t want to. Please, stay alive forever. I think you might actually manage it since it’s completely unnatural for anyone to look this good at a month and three days shy of 67 years old (happy birthday, by the way):

I once said that if you ever stop being cool, the universe will implode in on itself, but fortunately, there’s no danger of that ever happening. Keep making music and experimenting and pushing boundaries and trying new things and forcing me to think differently about art and what it means to be an artist, and I’ll keep eagerly consuming it. Thanks for everything, David.