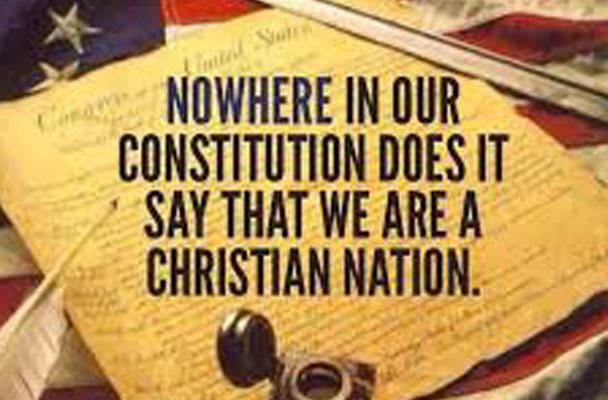 I’m an atheist. Did you know that? Does it matter? I have some links on my sidebar, but that’s as much promotion as I’ve ever done.

Let’s get this straight up front, I would never try to convince anyone that atheism is right, because I don’t have any proof that it is. I do not proselytize. I won’t talk you out of religion, call it stupid or laugh at it. I’ve stood up for Muslims in several posts about terrorism. I respect your views, whatever they are. I don’t talk about atheism, because there’s not much point. I don’t want to start an argument. I don’t want to offend anyone. I would rather discuss our similarities than our differences. Everyone has their own beliefs and that’s cool.

I am talking about it today because I read Rarasaur’s post Testimony Of A Theist. In it, she wrote a list of “things that atheists could do without:”

I would like to address the things on Rara’s list, because not everyone’s experience is the same. My views are different than yours, even if we believe the same things.

I say “bless you” when someone sneezes, though I usually drop the “god” part. Sometimes, I say “gesundheit” because it means “health” in German. I wrote a post about that here. Blessing sneezes is just part of polite society.

I also say, “thank god,” because what else are you supposed to say? Thank nothing? There’s no good replacement for it. And on the other end, I also use the word “hell.” There’s no succinct substitute for the concept of hell either.

I hope using those words doesn’t offend any theists out there, but they’re such a part of lexicon that there’s really no easy substitute for them.

Telling them that God has a plan (or variations thereof)

Telling them that their dead loved ones are with angels

Again, telling me that my loved ones are with angels is like telling a Buddhist that. It’s a nice sentiment, and if it makes you feel better to say it, it won’t offend me.

I used to be agnostic. I always said that if a god came down with a thunderbolt and provable data that it was, in fact, a god, I’d believe. And that is still true. If there were tangible proof of the existence of god–not faith, but proof–I would believe. The older I get though, the harder it is to keep the faith that some proof might appear. I’ve lost faith in the idea that god could potentially be a provable entity, so I’ve migrated from agnostic to atheist.

I call myself atheist, non-theist, non-believer, irreligious. Any of those, even agnostic, are fine, but I prefer you call me Goldfish. As my grandmother used to say, “I don’t care what you call me, just don’t call me late for dinner.” Wise words.

Requiring them to pledge their allegiance to their country “under God”

If “under god” was always in the United States Pledge Of Allegiance, it wouldn’t bother me, but that’s not the case. It was only added in 1954 in response to the “red scare,” a.k.a. communism. It hasn’t even been there 60 years.

It wasn’t there originally and it doesn’t belong there now. The United States has a firm wall between church and state, via the First Amendment to the Constitution. Adding god to money and the Pledge of Allegiance violates the law.

The Religious Assumption (“Everyone is religious in some way or the other.”)

You can make all the assumptions about me you’d like. I’m used to people thinking of me erroneously. I honestly do not care one lick what the public thinks of me. I would hope that you’d get to know me before assuming anything though.

This one in private life doesn’t affect me, but it does bother me when it’s the government assuming it, because it is clearly not true.

Almost everything on this list doesn’t bother me if it’s personal, but it would get my goat if I was required to do that at work or in a public building.

If I’m in a church, I will pretend. I’ve always pretended. A friend of mine’s mother died a couple of years ago and the funeral was held in a Catholic church. I did not go up and take communion, because I think it’s an insult to theists for an atheist to do that in their house, but I stood up when required, I sat down, I sang along with everyone else. When I’m on your turf, I will do everything in my power not to disrespect your beliefs.

Assuming that they don’t know scripture

A lot of irreligious people know the scriptures inside and out. They can quote you a Bible verse in a heartbeat. I am not one of those people. I know the Bible about as well as I know the telephone book. I used to read it in Sunday School as a kid, but all of that knowledge has been lost. I haven’t bothered to re-read it, because I don’t like arguing about religion and it doesn’t pertain to my life. I just don’t quote from it. Simple.

I once got drawn into an argument on the internet about religion. I don’t do that anymore because it’s disrespectful and pointless. In this argument, I was told I had no moral compass because I’m irreligious. My morals go about willy-nilly spinning from bad to evil and I couldn’t possibly know right from wrong.

That is a bunch of crap. Atheists have sound ethics and morals just like the religious. I have never committed a crime. I have never even been arrested. Since the age of fifteen, I’ve had a job and paid taxes. I give money and time to charities. Before I was anemic, I donated blood. I hold doors, and say please and thank you. I have manners. I am considerate. I tip well. I live in a neat and tidy house that looks similar to every house on the block. I don’t blast music at all hours. I don’t worship the devil. I don’t go around telling people they’re going to hell. I am an upstanding citizen, yet I don’t have any faith.

The expression “A lack of faith”

I have a lack of faith in religion, but that doesn’t mean I don’t have faith. I have faith in the laws of physics, thermodynamics, gravity. I have faith in science. I believe that science will make the world better. Science cures diseases. Science allowed men to go to the moon and back. Science has given us what little understanding we have of our universe and our own brains. Science rules and I very much believe in it.

I don’t remember ever having any faith to lose. I don’t think I ever believed in god. It’s alright with me if you want to say I have a lack of faith in religion, but a total lack of faith is just not true.

I hope I didn’t offend anyone with this post; that was not my intent. My goal was that maybe we could understand each other a little better. No matter what we believe, we are all humans of earth and we are not that different. Humans should be considerate of each other, no matter what they believe. I believe that adults are ultimately responsible for their own actions, and as such, we are all responsible for making the world a better place.