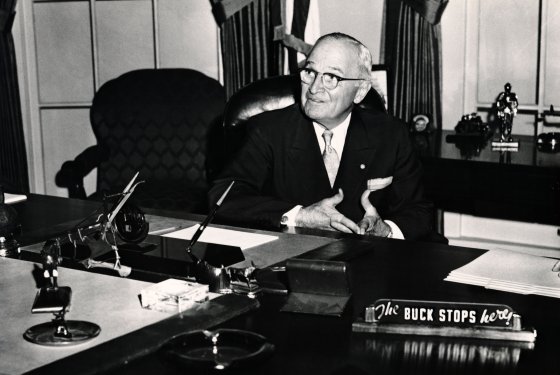 English is a weird language and idioms are the strangest part of it. An idiom is a commonly used expression. We all use them and half the time we have no idea what we’re saying at all. Do you have any idea why bats in the belfry means crazy or pulling your leg means joking? Yeah, well, neither does anyone else.

Most of the idioms I use can be traced back to my grandmother. She was full of them and they were passed down to me. Sometimes, I catch myself saying phrases and I wonder what the hell I’m even talking about. I decided to do some research on what these phrases even mean. So, here are twenty weird definitions of commonly used English phrases.

A piece of cake

Definition: A task that can be accomplished very easily.

Example: Rebuilding that broken toaster will be a piece of cake.

Origin: The easy part comes not in making it, but in eating it. Mmmm cake.

Definition: To boast without being able to back it up, to talk about action without intent to follow through.

Origin: Magicians often use smoke in their performance to obscure your view and conceal a bit of trickery. A person who is “blowing smoke” is tricking you and attempting to cover it up.

Dead as a door nail

Definition: Dead. No hope for recovery.

Origin: Nails were once hand-tooled and expensive, so they were often reused. When building a door, however, carpenters often drove the nail through then bent it over the other end, so it couldn’t work its way out during the repeated opening and closing of the door. When it came time to salvage the building, door nails were considered useless or “dead” because of the way they were bent.

Put a sock in it.

Example: Put a sock in all this talk about toasters.

Origin: Early gramophones had no volume control knobs. To decrease the volume, people sometimes put a sock in the amplification trumpet.

Definition: To give someone a hard time.

Example: Stanley was busting my balls about unicorns being real again.

Origin: Calves can be castrated by removing or “breaking” their testicles. Ouch.

Definition: To give someone a hard time.

Example: Stanley was busting my chops about unicorns being real again.

Origin: At the turn of the century, men wore long sideburns called mutton chops or lamb chops. A bust in the chops meant to get hit in the face.

Three sheets to the wind

Definition: drunk, out of control.

Example: After Stanley busted my balls about unicorns, he got three sheets to the wind and we had to carry him home.

Origin: English Naval term. Referred to the erratic behavior of a ship that has lost control of all of its sails.

Dressed to the nines

Example: Well, lookit Ms. fancypants, all dressed to the nines like Mrs. Astor.

A tailor making a high quality suit uses approximately nine yards of fabric. A good suit has all the fabric cut in the same direction with the warp, or long strands of thread, parallel with the vertical line of the suit.

Definition: to conform, obey the rules.

Example: Stanley, if you don’t start toeing the line around here and stop talking about unicorns, you’re fired.

Origin: Military term. Soldiers were expected to line up with their toes on a line and submit to the inspection.

Can’t hold a candle to

Definition: Not as good as.

Origin: Referred to someone who isn’t even qualified to hold a light for someone else doing the work.

Example: Stanley broke out the crocodile tears when his boss fired him.

Origin: It was often thought that crocodiles shed tears that slid down into their mouths, moistening their food and making it easier for them to swallow.

Close, but no cigar

Definition: Nearly succeeding, but not quite.

Example: He nearly rebuilt that toaster correctly, but it electrocuted him. Close, but no cigar.

Origin: Carnival games once gave out cigars as a prize. A contestant that did not quite hit the target did not get a cigar.

Beat around the bush

Definition: Avoid coming to the point.

Example: Stop beating around the bush and tell me how much a new toaster will cost.

Origin: In bird hunts some of the participants roused the birds by beating the bushes. Beating the bush was the preamble to the main event, which was the capturing of the birds.

High on the hog

Example: With my new fancy toaster, I’m living high on the hog!

Origin: The best meat is on the upper portion of the pig. Rich people used to eat high on the hog, while poor people ate low on the hog, like pig’s feet.

Mind your Ps and Qs

Example: Stanley, if you don’t mind your Ps and Qs, you’re going to get kicked out of Chuck-E-Cheese again.

Origin: Comes from English pubs when beer and ale was served in pint (P) and quart (Q) containers. The tab was kept on a chalkboard used to count the pints and quarts consumed.

Let the cat out of the bag

Example: Susan let the cat out of the bag when she told everyone that Stanley was pregnant.

Origin: At medieval markets, unscrupulous traders would display a pig for sale. The trader would hand the customer a bag and it was only later that the buyer would find he’d been conned when he opened the bag to reveal that it contained cat, not pig.

Fly off the handle

Example: Stanley flew off the handle when I told him that unicorns weren’t real.

Origin: This is an American phrase and it alludes to the uncontrolled way a loose ax-head flies off from its handle.

Cut to the chase

Definition: Get to the point.

Example: Would you stop talking about the features of this new toaster and cut to the chase? How much is it?

Definition: A person or thing that is disabled or ineffectual. In American politics, it commonly refers to politicians who were not reelected, but haven’t left office yet; or the period between election and inauguration.

Origin: It comes from the London Stock Market and referred to investors who were unable to pay their debts. Zero on the scoreboard looked similar to a duck’s egg.

Definition: pass the responsibly off on someone else.

Example: Stanley tried to pass the buck to Charlie saying he broke the toaster, but we all know it was Stanley.

Origin: 19th century American poker players. Players were highly suspicious of cheating. In order to avoid it, the deal changed hands every round. The person who was next in line to deal would be given a marker. This was often a knife, and knives often had handles made of buck’s horn – hence the marker becoming known as a buck. Silver dollars were later used as markers and this is probably the origin of the use of buck as a slang term for dollar.