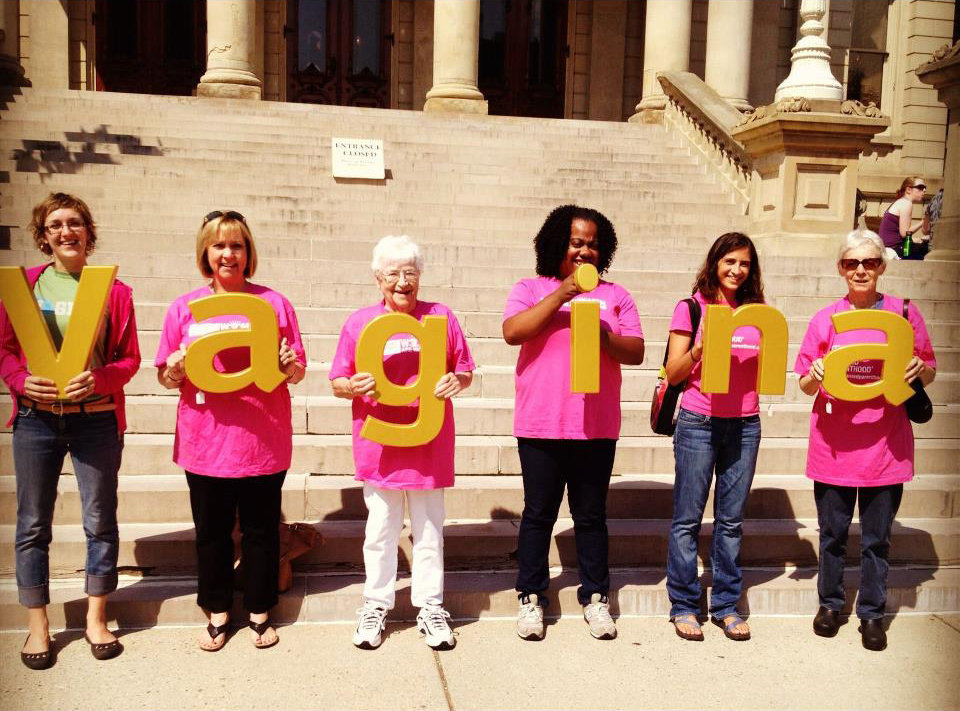 Planned Parenthood of Michigan supporters in front of The Michigan Senate.

I am woman; hear me roar. Girl power. Rosy The Riveter. Elizabeth Katy Stanton and Susan B. Anthony, Margaret Thatcher and Queen Elizabeth, Joan Didion and Dorothy Parker, Rosa Parks and Betsy Ross, Marie Curie and Maria Mitchell, and so on. There have been some really amazing women throughout history, but for every one I can name–politicians, philosophers, artists, writers, musicians, scientists, public perception influencers–I can name at least half a dozen men from the same field in the same era. It’s just the way it is.

I read a news story over the weekend about how two female legislators were banned from speaking on the Michigan House floor because they said the words vagina and vasectomy respectively. Specifically, one said, “I’m flattered that you’re all so interested in my vagina, but no means no.”

From that same article:

Just 20.9 percent of the lawmakers in the state Legislature are female, down from 24.3 percent in 2000. Michigan’s percentage of female state lawmakers is slightly lower than the national average of 23.6 percent for 2012, according to the National Conference of State Legislatures.

I find that data and the silencing of female House members distressing in a number of ways. First, Michigan is my home state. I like to think highly of it even though, deep down, I know it’s very schizophrenic. There are pockets of true blue amid swaths of red. As a female who was born, raised, educated and worked in Michigan for over 20 years, I can’t say that I noticed any sort of discrepancy as regards my gender, but perhaps I just wasn’t aware of it. Articles like this make me wonder if I really did get a fair shake in that state. It points a severe light on a double standard.

Second, the Michigan legislature is preventing elected officials from doing their jobs. Those women were elected fair and square. The voters in their districts gave them license to speak in their stead. Not only are two women being silenced, but all of their constituents are as well. They have a right to express their opinions, whatever “offensive” words their viewpoints might contain. I believe there is still a little thing called The First Amendment to the U.S. Constitution that allows us all to say whatever we want to say, regardless of whether or not you agree.

Third, when did the word “vagina” become offensive? It’s a medical term. It’s used in textbooks. Roughly half the population of the world has one. Children learn it as part of Health class (or at least, they used to). It is just about the least offensive term you could use to describe female sex organs besides maybe lady parts. Would the legislators’ delicate man-ears have been less or more offended had she referred to her vagina as a vajayjay, beaver, cha-cha, hoo-ha, poonany, quim or vagoo? The word vagina is no more vulgar than the word penis, which is also a medical term. Vagina is not an offensive word. If you find it to be, you’ve got problems.

Finally, is the Michigan legislature comprised of five-year-olds? It’s not like she was in an elementary school auditorium speaking about nutrition and randomly screamed VAGINA! at the top of her lungs at a bunch of children while pointing both index fingers at her crotch and gyrating like the lamest rock star ever or the creepiest clown. She was addressing a group of adults, her peers, and the word “vagina” (and “vasectomy” for that matter) was as germane to the conversation as it is ever likely to get outside of a gynecologist’s office. In or out of context, there is nothing in her statement that should be found offensive to any adult. Instead, the male-dominated Michigan legislators decided to ban both females from speaking. Go to your room and think about what you’ve done! You’re going to be in big trouble when your father gets home. 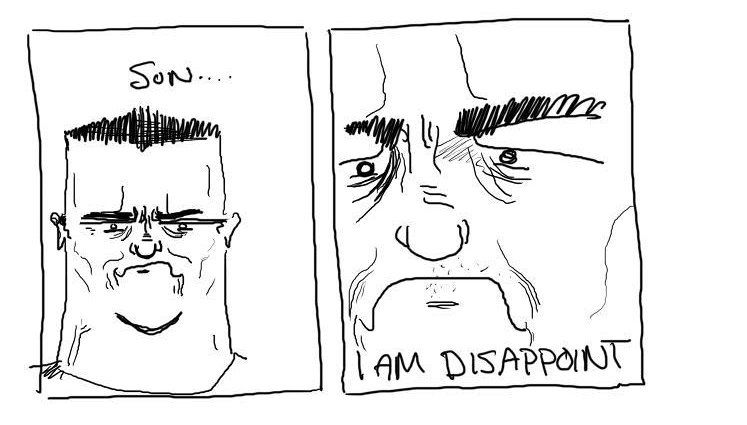 Michigan, I am so disappointed in you. You are my home state. You are where I am from, where I will always be from. You are where my family lives. My mother and father are there right now. Don’t you have bigger problems to deal with, like a crumbling economy, than vaginas? How dare you. Make it right. Don’t make me move back there and run for public office.