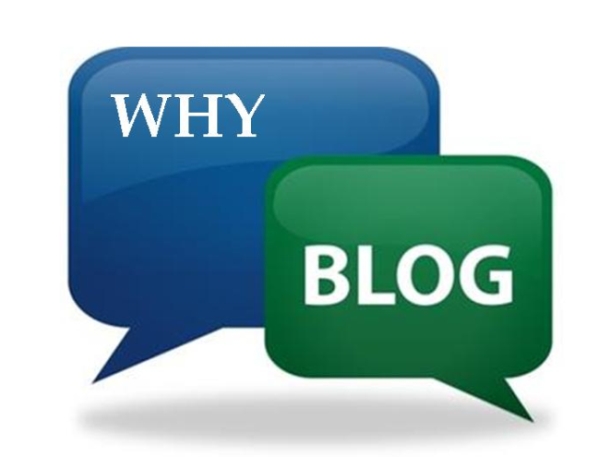 Today, WordPress asked me why I started my blog. The answer is, I’m not quite sure. I’m also not sure that this will be interesting to anyone at all, but you did ask.

For me, blogging sprouted organically. Way back in the early aught-aughts (the 2000’s for those of you who don’t speak archaic), I was on the MySpace like every other humanoid on the planet. They had a “blog” function on there. As you may or may not know, I write every year on my birthday as a state of the union type exercise. One year, just for the hell of it, I posted the birthday “blog” I had composed. It was the first thing I’d written that I ever posted anywhere. It’s actually posted on this blog as June Gloom. The date is inaccurate since I don’t know when I originally wrote it. The dates are from when I started this blog in 2009. I would reckon that post is actually from sometime around 2004 or 2005.

I’m not quite sure why I posted it to be perfectly honest. I’ve always been a very private person and my birthday writings tend to be the most personal of them all. What possessed me to post something on the internet for everyone to see is a question for which I just don’t have an answer. Perhaps I was just tired of keeping it all bottled up. After that, I started posting random blogs about once or twice a month. I was surprised by how many people read them, but that’s as far as it ever went.

And then MySpace turned into what MySpace is – a place for spamming, hooking up and promoting your band, etc. and not much else. After I was contacted on there by the person who tried to kill me and one or two of my psycho, stalker ex-boyfriends, I canceled my account along with all my blogs, but I saved them in text files. Some of those early posts are posted on this blog, also with inaccurate dates. When I removed them from MySpace, it didn’t occur to me to jot down the dates that they were originally written.

Fast forward a few years and I met another writer. This writer became a rather good friend of mine and discovered the brilliance that lies within my writing. He encouraged me to start posting again. We encouraged each other to start writing more. It’s entirely his fault that you are reading this right now. Sometime in 2007 or 2008, I started a real blog, this time on Blogger.com. I posted random, haphazard things that were mostly gibberish. If you’d like to go back and see them, some of them are right here on this very blog as the earliest posts.

Then, in aught-nine, another friend of mine, a web designer, touted WordPress. I came over to take a peek and liked it so much better than Blogger that I moved my entire blog over here (it was ridiculously easy with their import function) and here we are.

Originally, the concept of a blog was just a way to vent about whatever was on my mind, but it has grown. It has taken root. It has morphed into something that I never would have expected when I published my very first post over on the MySpace. It calls to me daily and I add to it. Well, it doesn’t really, but I add to it every day anyway since writing is the only thing that keeps me sane. I’m still not sure whether I made the right decision in posting that first blog, lo those many aughts ago, but what’s done is done.

So, hello there, reader. Thanks for taking the time to digest my ramblings and maybe, possibly let my words take up space in your brainpan. I’ll keep trying to write every day whether you read them or not.