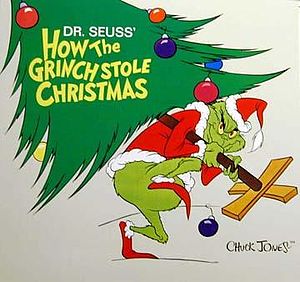 I hate the holidays. I hate everything from Thanksgiving to New Year’s Day. I already discussed it to some extent in the post The Spirit of Lazy. I’m a private, mainly antisocial person and I don’t like having obligations to be social. I never know if I’m going to want to be social until the very moment I’m to leave to go somewhere. The holidays give me no choice. I have to put on a happy face and mingle. Whenever I get an invite to an event, I almost always reply “maybe” unless a proper RSVP is required, like a wedding, and “maybe” is not an option. Maybe I will feel like being around people, maybe I’ll be in an awesome mood the day of your shindig, maybe I’ll really want to go to something and get out of the house, but I won’t know until the day actually comes. It’s nothing personal.

I don’t have kids. I’m not a kid. I don’t wax nostalgic for the days of my childhood when Christmas was the best day of all. I don’t believe in god. I don’t care about Jesus. I don’t celebrate Christmas. Yet, everywhere I go, for a solid month or more, I’m assaulted by it. I can deal with the lights since they’re sort of pretty. I can deal with the attempts at including everyone – everyone being Jews and Christians – even though they totally fail. I can deal with the “Merry Christmas” and “Happy Hanukkah” signs as long as they aren’t on public land, but I won’t go into a whole debate about separation of church and state here. The real problem with Christmas is the music.

I can barely hear out of my right ear. I had meningitis as a baby and the worst side effect I received was a partial loss of hearing in one of my ears. I’m very, very lucky that that’s the worst of it. Besides, I don’t remember any other way of hearing. It’s all I’ve ever known. But, the partial hearing out of my right ear is almost worse than having none. My right ear has a magic, special, backwards power of not being able to hear what’s directly in front of me, i.e. a person with whom I’m having a conversation; instead, my right ear only picks up background noise. I am like a retarded superhero who can hear background noise from miles away, but can’t hear what’s right in front of my face. It’s a very special cross to bear (Jesus reference intended). So, if I’m sitting in a restaurant in the month of December, I can’t hear what the person across the table is saying, but I can hear Bing Crosby yapping about White Christmases for the nth time plain as day, while the person across from me can barely hear it at all.

The problem with Christmas music is that there’s nothing new there. The last Christmas song to make it into popular rotation was probably that Band Aid song from the 80’s, which is just as inane as the rest of them. For an entire month, wherever I go, I hear songs about drummer boys and one-horse open sleighs. When was the last time anyone you know took a ride in a one-horse open sleigh? If it’s a sleigh, that means it rides on snow. Where there is snow, there is cold, so why in hell would it be an open sleigh? Cover that buggy, dammit.

Then there’s New Year’s Eve – a time when everyone gets drunk and has unrealistic expectations of how awesome that night’s events just have to be. There’s more expectation on NYE than any other night of the year and I hate expectation. NYE is amateur hour just like St. Patrick’s Day. It’s a night when people who don’t normally drink to excess do and all the bars are full of sloppy drunks who want to hug you. At Drunk O’clock, the hour just after all the bars close, it’s not safe to be on the roads. You know what I did this NYE? Nothing. I stayed at home in my comfortable house with my comfortable furnishings playing video games. I didn’t even drink. I woke up without a hangover. It might have been the best New Year’s ever.

So, yeah, I’m glad that’s over and we can all get back to the normal business of conducting our lives and I can go back to hearing musak versions of Sade’s Smooth Operator in the stores.