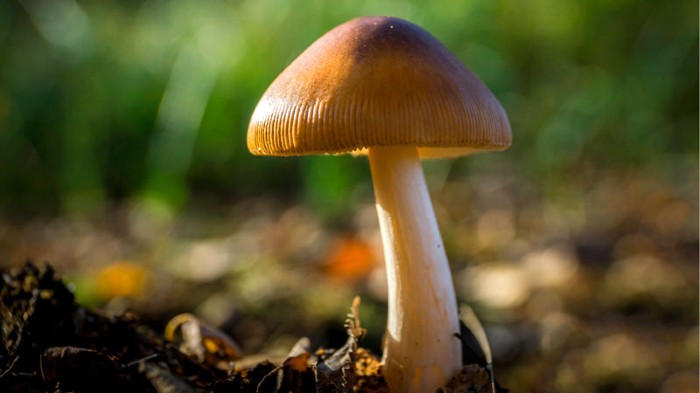 Before we even begin, let me say that will most likely end up being a very unsystematic post that goes in many different directions before settling in to the main point. Buckle up!

At 10:30-something the other night, my dog barked. Barking is not unusual since that’s her job. All dogs need jobs to keep from reaching their full destructive potential. My dog’s job, in natural keeping with her German shepherdiness, is to bark at anyone who walks by my front door or rings the doorbell. I encourage her barking because, one, my apartment is set back from the street, so there’s not a lot of foot traffic to bark at, and two, she is not one of those dogs that barks just for fun; she only barks for a reason. Since I live in an apartment building, 9 times out of 10, she’s barking at someone delivering a package or going to one of the apartments past ours, so I tend not to pay attention if it’s just one or two barks. One or two is just a warning shot across the bow; sustained barking means someone is at my door. The night in question, she only barked once, so I ignored it.

Some 10 minutes later, I got a text message. I picked up my phone and saw 5 missed calls and a text message. For some reason, though my phone was sitting on its charger some 5 feet away, I heard not a single call, but I did hear the text message notification. What the hell? The text message said: I’m outside your door. It was from one of my closest friends. I trundled downstairs in my pajamas and answered the door. My dog loves this particular friend of mine. No wonder there was only one bark.

After a nutsy canine greeting and glasses with bourbon were ensconced in our hands, he told me a story as to why he was standing unannounced at my door at 10:30-something at night, which I will now tell to you.

Before I lived in the apartment in which I currently reside, I lived in a house with the friend who showed up on my doorstep. I lived there happily for 4 years and would have continued to do so indefinitely had he not gotten married. He and his wife are both homeowners, and since her place is much closer to where they both work, they decided to live at her house. He kept his house though, and instead of offering it to me, he offered it to a couple we know with two young children at well below market rate.

The wife has been nothing but a pain in my friend’s butt since before she moved in. For example:

She said my room smelled like dog. There are brand new floors in my room, installed after I left because there wasn’t really a floor while I lived there. The floor I lived with for four years was basically wood colored contact paper. I wiped down all the walls. I even cleaned the little niches in the door that collected dust. There is absolutely no way my former room smells like dog. It has a brand new floor.

Before they moved in, she came over to inspect the place for like the ninetieth time and complained that the house wasn’t childproofed. My roommate was still living there at the time. The closest he comes to toddlers is having been one many moons ago. Who the hell complains about a house not being childproofed when no child lives there?

So, anyway, after nearly ten years of domestic accord and two children later, she kicked her husband out of the house on account of his mental health issues. Granted, he refuses to admit he has any, and therefore, hasn’t sought any sort of treatment for them, still, I side with him because he’s not an unmitigated pain in the ass. I actually like the husband. I was never close with the wife, though I have known her very casually for nigh on twenty years now. She was a pain in the ass then, and she’s a pain in the ass now.

Anyway, back to the present, after she kicked her husband out, in mid-life crisis style, she decided to redo the whole house. The property has a detached garage with a small storage room containing some of the house owner’s stuff. The wife demanded that he remove all of his belongings from a property he still owns that she is renting for about a quarter of what she would pay in rent anywhere else in Los Angeles. The offensive belongings amount to a few boxes in a room she never used where they have been sitting without bothering anyone for about seven years.

Instead of telling her no, I will keep my stuff at my house, thanks, or kicking her out, which honestly, I would have done when she insisted he buy her a dishwasher (which he obliged), my friend complied with her demands and removed the last of his stuff from his own property. I suppose it was in effort to not have her become an even bigger bother.

In these boxes were several canisters of MAPP gas, a mixture of methyl-acetylene and propadiene, mostly used for soldering and welding. My friend, not being much of a welder, solderer or anything else of the industrial variety, has no need for MAPP gas, yet he had several canisters of it nonetheless. So he put out a call to see if anyone wanted it.

Another friend of ours snapped it up. This friend has about a million hobbies and one of them is welding. The owner of the MAPP gas really just wanted it gone, preferably to someone who could actually use it, for free. But, as is typically the case with my friends, the recipient of the gas, wouldn’t hear of it and offered something in trade. Another one of his recent hobbies is growing mushrooms, both the kind that you would whip up for dinner if you’re into that sort of thing (which I am not), and the kind containing psilocybin, a hallucinogen, most commonly referred to as magic mushrooms.

So, my friend, in trying to get rid of some MAPP gas, was bundled out the door with a grow your own edible mushroom farm starter kit and a big jar of magic mushrooms. Not being the type to indulge in drugs of any variety these days, now he had a lot of magic mushrooms to get rid of, which is significantly more difficult to dispose of than MAPP gas due to the fact that they’re not exactly legal. Well, shit.

Then, a light bulb went off in his head. Just last Thursday, during our Dungeons & Dragons zoom call, our doctor friend was telling us about a new study regarding the use of psilocybin for treating major depression and anxiety related mental health issues in what they call microdosing.

“The magnitude of the effect we saw was about four times larger than what clinical trials have shown for traditional antidepressants on the market,” says Alan Davis, Ph.D., adjunct assistant professor of psychiatry and behavioral sciences at the Johns Hopkins University School of Medicine.

As my friend was standing on the curb with a variety of mushrooms, the light bulb that went off in his head went something like this–Goldfish, depression, microdosing, no more magic mushrooms to deal with! He bee-lined for my house unannounced at 10:30-something and here we are back to where we started. Now I have a big jar of hallucinogenic mushrooms and my friend’s Rube Goldbergian epic to get rid of some MAPP gas ends.

Magic mushrooms are really the only recreational drug I would ever consider taking again. I’ve had a lot of good experiences on them. Initially, I thought maybe I’d take them for fun, but I started doing some research on microdosing, and I think it might be worth a try since I do, in fact, have a big jar of shrooms now and I even have the ability to get more. I’m going to talk to my doctor friend who brought up microdosing in the first place to see what he has to say about it. I’ll keep you posted.

If you’re interested in learning more about what this microdosing thing is all about, this is the most exhaustive site I’ve found about it.