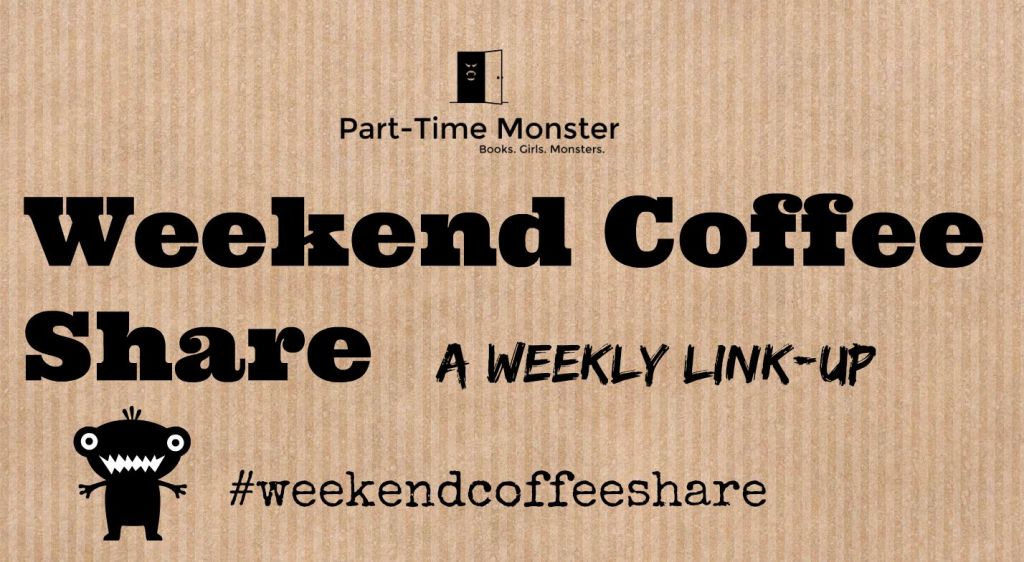 Hi there! Come on in and grab a cup of freshly brewed black joy. It’s Sunday, but it feels like Monday since I took Friday off. It’s not Monday; it’s Sunday. That’s nice.

If we were having coffee, I would turn to you now with all seriousness and say, “Take a random long weekend now and then, even if you don’t have any plans.”

You’d say something like, “But, I don’t like taking time off unless there’s a reason.” I know this, because I’m the same way.

As typically happens in this thing called life, my plans for this weekend changed anyway. I’m not much of a planner–I’m more of a fly by the seat of my pants girl–but I did have some things planned for this weekend.

Thursday night, we had our regular dork game. For the first time in this iteration of Dungeons & Dragons, we actually encountered a dragon. We took a moment to respect its majestic glory, then we unceremoniously bludgeoned it to death. I made a helmet out of its majestically glorious head, because fuck yeah, dragon skull chapeau. I wear it with a jaunty tilt. Take that, dragon. I’m wearing your fucking skull as a hat.

Invigorated by our dragon slaughter and since it’s spring break for some of us, we planned to play again today, all day. Like eight hours. So, I had to get all my regular weekend stuff done yesterday. I did laundry, cleaned and ran errands.

Fitting a weekend’s worth of chores into one day left me exhausted, so after the dog park, I sat down to watch Doctor Who. This is the third time I’ve started watching this show–the new version, not the old version with Tom Baker, which I’ve seen all the way through. In the 90s, I had a roommate who was obsessed with the original Doctor Who, so I’ve seen every episode of that version at least once.

The new version left me cold. I watched the first episode three times over the years and hated it three times. I still hated it the third time, but I decided to watch at least a few more episodes this time to see what all the fuss is about. I still don’t get all the fuss, but at least I made it past the first episode. I’m on the David Tennant seasons, who really is the best Doctor. I’m not sure who they can get to top him.

So, anyway, I was sitting there watching Doctor Who when the phone rang. It was a friend of mine who normally doesn’t call, so I picked up the phone.

My friends know me well enough to know that I don’t wear shoes unless I have to. So, I put shoes on and walked the dog. On the way back, I saw a familiar smallish car with three large men climbing out of it like a clown car. My dog immediately got excited, because she knew them all.

Two of them were local. The other lives in Oregon. What the hell? He was in LA just for the weekend for a thing with his wife’s family. He managed to carve out Saturday night to see his family: us. He told me not to mention to a soul that I saw him. Since he was just down for the weekend and only had Saturday night, he didn’t want to make a to-do. Feelings would be hurt if people knew he was in town and they didn’t get to see him.

Covert. Gotcha. I’m good at covert. That’s why I said “Y” up there as opposed to a name. Except I am telling you, so maybe not. But you don’t know my Oregon friend nor any of the people whose feelings would be hurt, including The Patron Saint of Butthurt, so it should be okay.

So, we all piled into the coupe. I’m 5’9″ and the smallest of all of us. My friends are not delicate flowers. Male was actually the largest of them, clocking in at nearly 6’5″ but the others aren’t far behind. My friends make me feel tiny, which is a novelty when you’re a tall girl.

We arrived at Y’s house with some vehicular discomfort and unpacked the trunk. We unpacked beer, several different kinds of whiskey, Pimms, ginger ale, limes, cucumber, and a lovely wooden box that I’m quite familiar with containing poker chips. My friends came prepared. Hoo boy. So, it’s going to be a night.

One of my friends picked up the Pimms cup from a show called Archer. If you’re not British nor a fan of Archer, you’re probably not familiar with a Pimms cup. Pimms is a liqueur and there are many variations on a Pimms cup. It is the ideal beverage for a hot day, because it is quite refreshing, and yesterday was in the 80s. We make ours with two parts ginger ale, one part Pimms, lemon and cucumber. It is entirely delicious.

Then, we got to playing poker. My friends don’t play traditional poker. Dealer chooses the game and there are many, many games. Very few of them has anyone ever heard of. In addition to the occasional round of Texas hold ’em, and five or seven card draw or stud, we play games with names like low in the hole roll your own, Bernie’s garage, screw your neighbor, baseball, night train, kings & littles, twos & fours, bitch, balls, stonecutter, and albino runs the welfare office.

One of Y’s roommate’s came outside and asked what type of poker we were playing, and my Oregon friend said, “Clown shit.” That sums it up nicely. We play $20 buy in. Two of them lost their stakes completely. I came out with $30, another friend had $32 and the big winner ended up with $38. We all consider it a win if we can play all night and not have to buy in again.

When poker was finished, we started talking about Male. One friend asked whatever had happened to his ashes. We made plans to scatter them on his birthday in September. We told the Male stories we’ve all heard before or witnessed first-hand. We cried. We laughed. We remembered. We wished he was there. We raised a glass and toasted him.

I woke up this morning to a text message saying our dork game has been canceled. The game master (the guy who runs it), had a family emergency. Nothing serious, but he wasn’t available today. I don’t have to clean or do laundry as I usually do on Sundays, since I already did that yesterday. I unexpectedly have a whole day without plans that feels like a Monday, and it’s glorious.

What’s up with you?