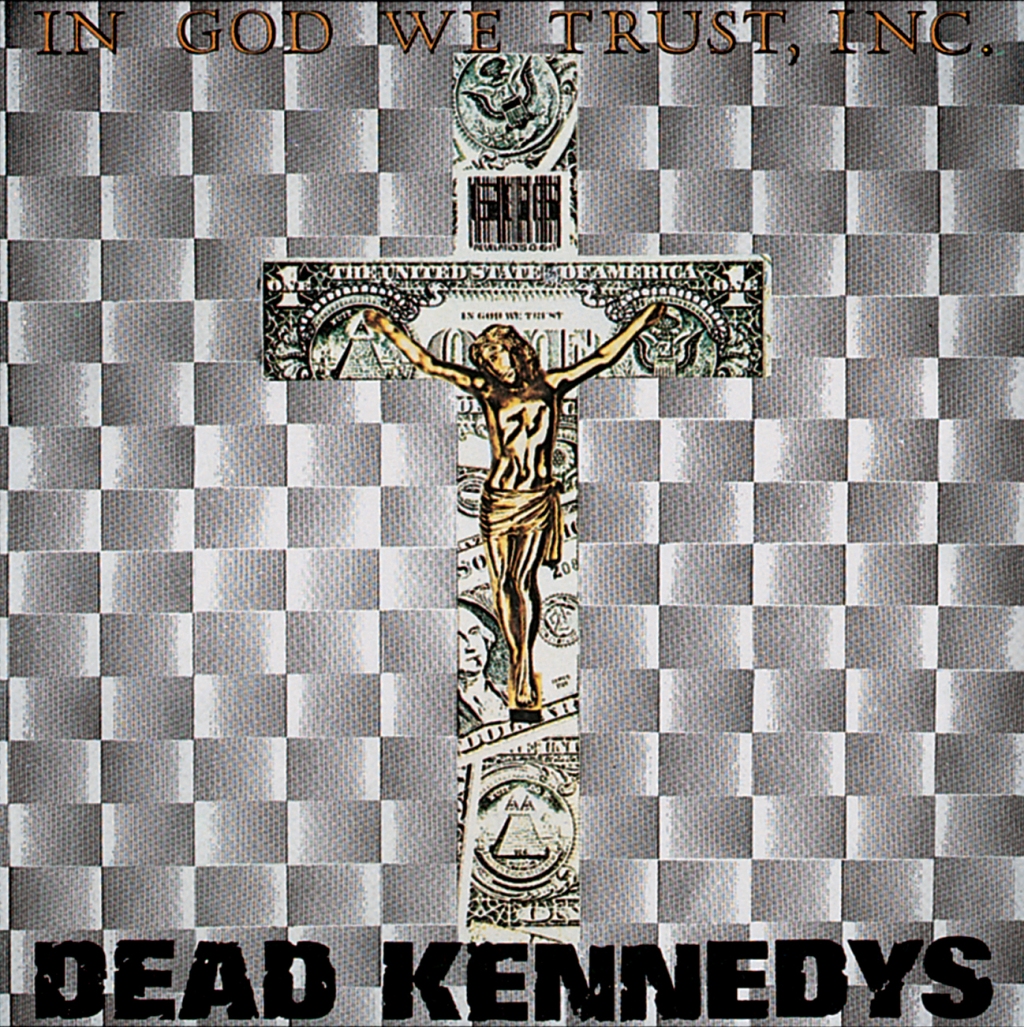 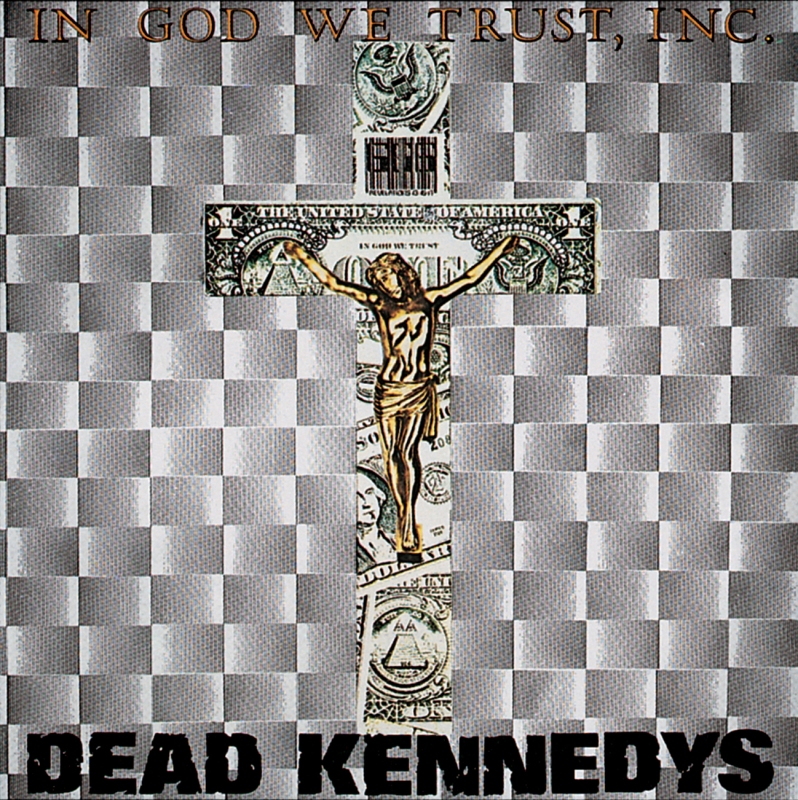 Album 6: In God We Trust, Inc. by The Dead Kennedys.

This album was on the B side of the cassette tape my high school friend gave me that I talked about yesterday. I’m glad that he put this on the B side since I might have been frightened away altogether had this album been my introduction to alternative music.

When I first got the tape, I listened to side B once, but mostly, I just kept rewinding and listening to side A with The Cure over and over again. When I had thoroughly digested side A, I moved on to side B. It didn’t hit me in the same immediate way that The Cure had, but the resulting influence went far deeper.

After enough listens, I actually preferred this album over the other side. I sought out all of their albums and I loved those intensely, too, but nothing is as good as the first.

I still know all the lyrics to every song on this album inside and out, and can sing along to even the incredibly fast songs. Dead Kennedys are still one of my favorite punk bands.

I got to meet Jello Biafra, their lead singer, about ten years ago. Out of all the celebrities I’ve met, he was probably the most influential in my life since the Dead Kennedys were my very first punk band.

This whole album (all 13 minutes and 54 seconds of it) just rules, but if I had to pick one track, it would be this one, because it was the first song I owned with swearing (Oh my goodness! He’s saying “fuck” in a song! Can he do that?). To this day, I still get a little subversive kick out of songs with cussing in them, because it means they don’t care about radio play.

Also, I entirely agree with the sentiment. Nazi punks, actually Nazis of all stripes, can fuck right the hell off. Thanks in advance.