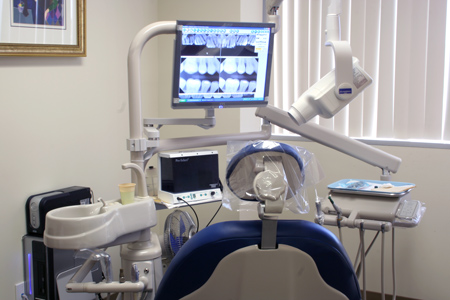 I walked into the familiar waiting room and my ears were immediately assaulted with the sound of a screaming child. Screaming children in of doors is never a sign of anything positive, with the exception of establishments that cater to them, e.g., Chuck E. Cheese. I’m blissfully unaware of the innards of Chuck E. Cheese. I only know there’s screaming in there, because I can hear it on the outside. I’d imagine that my dentist’s office is nothing like a Chuck E. Cheese inside.

The screaming is unsettling. I’m not overly fond of children when they’re not screaming. I hear the receptionist say to a dental hygienist standing out of view, “Why is she screaming? She’s never even cried before.”

Then she turns to me by way of apology and says, “Oh. She has a cavity.”

This doesn’t bode well for my nth visit to the dentist since I finally sucked it up and started seeing her in June.

Part of me doesn’t want to appear OCD, so I don’t sit in the same waiting room chair every time, but alternate between the two, but then I think that, by alternating so I don’t appear OCD, I’m actually being OCD.

Where do normal people sit in the dentist’s waiting room? Do they just sit in the first chair they see? Do regular folk even consider which chair to sit in? Does anyone ever sit in the chair right next to the door where a sneak attack is imminent? The concept makes me shudder. My PTSD always chooses defensible seating.

Over all the screaming, I try to have a conversation with the receptionist, whom I know rather well since I’ve hung out with her more than my best friend this summer. She tells me all the fun things she did in the month that she had off of work.

I try to imagine what it would be like to have an entire month off of work and fail. The only time I’ve ever had a month off of work was when I was unemployed and that was hardly fun. I’ve only taken two weeks off in a row on purpose once.

The dental hygienist ushers me into the exam room next to the screaming. As she’s readying all the instruments and whatnots, she tells me all the fun things she did during her month off. “Did you take any time off this summer?”

I ponder the question for a second. “Well, the last day I had off of work other than weekends was July 4th.”

She looks at me like I’m holding an adorable puppy with incurable cancer. In her best attempt at cheerful, she says, “Well, at least you had a month off from seeing us, right?!”

It’s true. After going every week, sometimes twice a week, for two months, I did enjoy my month off from the dentist.

Then the dentist makes an appearance. “Hello! How are your teeth?” I like my dentist, despite all the pain she’s caused. She’s a straight talker. She tells me exactly what she’s doing and why.

I open my maw and she shoves ninety-seven pieces of metal in there, plus, a laser. Tick tick tick tick. That’s what lasers sound like. They smell like burning.

During the lasering, she talks about the screaming child and how she hates seeing cavities in children that are the result of the child, and by extension, the parents not following through on what they need to do, i.e., proper dental hygiene. “I can only tell you what to do. I can’t come to your house every night and make you floss.”

When the tick tick tick is done, her face beams. “I’m going to be honest with you. When you first came into my office, I thought we might have to pull at least half of your teeth, that it might have been too late to save them…”

“…but you proved me wrong. You have done an excellent job! There is hope!”

I awkwardly say, “Yay,” because I’ve been hanging around the internet too much where saying “yay” isn’t an abnormal thing for a fully grown human to say. However, saying it out loud to your dentist is awkward as it turns out.

She isn’t perturbed by my juvenile expression of enthusiasm. I’m sure as a dentist of children, she hears that word sometimes when they practice proper dental hygiene. “When I was on vacation in Europe, I actually thought about you and how your teeth were doing. It was fifty-fifty whether you would follow through or not, so I’m happy to see that you did! Some people would have given up and just had me pull their teeth.”

“Really? People would rather have their teeth yanked? That’s crazy!” I feel like a marathon runner and she’s my coach. “Why would I want that? After all we’ve been through already, of course, I’m going to fight.”

“I’m so happy you did. We can probably save all your teeth now.” She hands me a mirror and tugs at my upper lip. “See? Healthy pink gums everywhere! Good job! I’m so proud of you for fighting!”

She’s right. I’m a fighter even if I don’t want to be. Even if I want to crawl into a darkness and disappear, some small part of me won’t allow it. I’ve fought through every awful thing that’s happened to me, and there are a lot of awful things. I just never thought I’d have to fight for my teeth.

Having just heard her scold a child and her mother, I’ll take my praise where it comes. Plus, I take comfort in knowing that I’m better than a six-year-old. Nya nya.

I also begin to ponder what field I could go into where I get to take a whole month off of work every year (that doesn’t involve children or teeth).