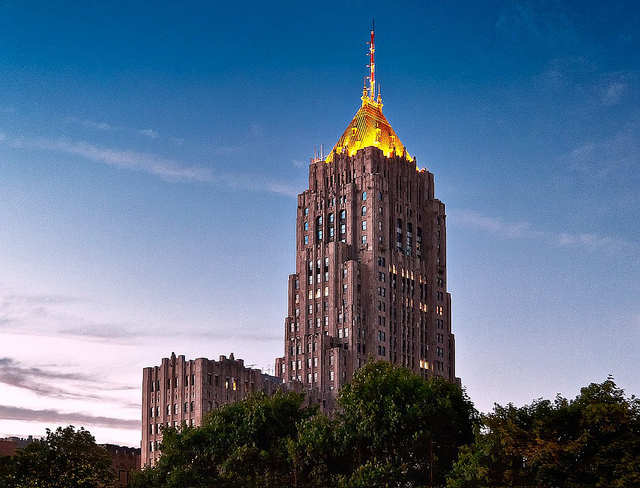 I’ve talked a lot about my past, but I haven’t really talked about the chapter of substance abuse.

I was eighteen years old. I had just barely graduated from high school. I threw away the full-ride scholarships I had been offered from UCLA and Cornell. Instead, I moved down to inner city Detroit with Monster #2 and my best friend from high school, that Redhead.

It was ridiculous. Three freshly released from the prison of high school eighteen year olds on their own in their first apartment. We did nothing but party. I don’t think any of us had jobs.

On my fifteenth birthday, the gift I got from my parents was a work release form. I walked downstairs expecting my favorite breakfast and instead, I was told to hand that form in to school and look for a job. I was on my own from here on out. But it’s not as bad as all that! You won’t have to pay rent or for food.

My financial emancipation came as a total surprise since my sister, four years older than me, never had to do that. In fact, they were paying out-of-pocket for her expensive University of Michigan education and even she didn’t have a job. I think part of the reason why I had to support myself was because my sister’s education was proving to be a little too expensive.

Well, I thought, if I’m financially on my own, I might as well be physically on my own, too, and ran away from home to Redhead’s house a number of times. They kept dragging me back. So, I had to support myself at the age of fifteen, but I couldn’t have the freedom to do as I liked. Great.

On my eighteenth birthday, with all the money I had saved from working for three years, I ran away from home for good. My family was on vacation and I packed up all of my stuff and moved without telling them where I went, because fuck them. That’s why.

So, there we were in our first apartment. It was great for a few months. We lived it up until one day, towards the end of summer, I came home to find Redhead in the corner of the living room with her arms around her knees rocking back and forth, her hands and face covered in blood. She was mumbling about the walls being covered with blood. She didn’t even notice my presence.

I didn’t know what to do. She made me swear not to call her parents, but after twenty-four hours of that, I walked down to the payphone and called them. They came and picked her up. Many years later, I found out what had happened that day. Monster #2 beat her. Had I known that at the time, it might have changed things.

It was down to monster and me. Shortly thereafter, we got into a fight over Redhead and he moved out to a place on an upper floor with a friend in the building. It was down to me. I rarely saw monster during this time. We’d run into each other from time to time, but it was icy.

I was drunk constantly. I was self-destructive. I didn’t eat much. A lot of what I did eat was shoplifted. I must have stolen a thousand protein bars from the GNC inside the Fisher Building around the corner. Those protein bars and four for a dollar Top Ramen noodles are pretty much what I lived on until I got food stamps.

A guy I knew in the building introduced me to crack cocaine. It was love at first sight. Crack and I began a terribly destructive relationship. It spiraled out of control.

One winter night, I came home to find all of my belongings out on the street covered with a light dusting of snow. I had been evicted, which was hardly surprising since I hadn’t paid rent in months. All of my money went to buying more drugs. I pulled the important stuff and left the rest. My belongings were parted out to various people in the building for storage.

I couch surfed for a while, then I ended up living in my car until it broke down on the freeway. I left it there. I lived on the streets. Being homeless in a Michigan winter is suicidal. As long as I could buy more drugs, I didn’t care.

I spent a lot of my time at a crack house down the street. As long as I had money, I could flop there for a few hours. Sometimes, I could cut out the middle man and just exchange my body for drugs. I met a woman there and we became kindred spirits with drugs and prostitution in common. We worked together. If I got drugs, I’d share and vice versa. Plus, she still had an apartment, unlike me, so sometimes, I stayed with her.

She had a six year old daughter named Angel. One day, she took Angel with her to the crack house while I waited at her apartment picking up any little piece of white on the floor on the off-chance that it was crack and trying to smoke it. She came back alone.

Where’s Angel? Oh, I left her at a friend’s house. Alright. Fire it up. An hour or two later, we were out of drugs again and it was my turn to score. I put on my winter coat and boots and went out into the cold in search of money.

My first stop, as always, was the crack house. There was a slight chance that one of the drug dealers or their customers would be willing to trade. More often than not, they weren’t, but it never hurt to try since it would save a lot of work and standing out in the cold.

I walked in and there were a few people splayed around the living room. Any takers? No? OK, I’ll just use the bathroom and be off then. I liked to hang around there as long as they’d let me, which usually wasn’t long if you didn’t have money, since you never knew who would show up and sometimes, someone passed out and you could take a hit from theirs. The bathroom was a way of stalling before being kicked out into the cold.

I walked upstairs and down the hallway to the bathroom and heard someone very softly crying in the back bedroom. I went into the bathroom, closed the door and pretended to do my business. I could hear the whimpers even louder in there.

I tiptoed out of the bathroom and very gently opened the bedroom door. I saw six-year old Angel sitting in the middle of a bare room with only a mattress on the floor. I was very familiar with that mattress. She didn’t even notice me.

I froze. A million thoughts went through my head. What was she doing there? Had her mother gotten high and forgotten her? And then it hit me with full force. Her mother had traded her. Her own mother had sold her out for drugs that I had smoked.

My own experiences at her age came back and I became absolutely enraged. I walked out the front door and down the street to the payphone, the same phone I used to call Redhead’s parents. I pushed three numbers into it and told the police dispatcher what happened. There is a crack house, her mother, six-year-old, someone help. I hung up before they could ask who I was.

I hadn’t thought it through. I called the cops before I thought about the consequences. With one call, I had just lost anywhere to go and my source of drugs. Not only that, but there was absolutely no doubt that I was the one who narced. Squealing on drug dealers is generally a quick way to get dead. Well, shit.

I picked up the phone again and held it until it started beeping at me. I cringed and decided I had no other choice. I told the operator I wanted to make a collect call. My mother’s voice was on the other end. We’ll be there a soon as we can.

I crouched across the street waiting for everything to end. Eventually, sirens screamed down the street. They yelled POLICE and filed into the building. An officer walked out with a blanket containing Angel. She was crying. I will never forget the look on her face. She couldn’t see me, but I saw her and my heart burst.

Not long after, I was in a Cadillac moving north. The richness of the leather and the warmth of the interior was striking. I felt too unclean to be cradled by its luxurious seats. I hadn’t been that warm in months and I fell asleep.

I spent the next few weeks in a living hell going through withdrawal. My parents said I could stay as long as I liked and they wouldn’t even charge me rent. We never talked about what happened.

Inadvertently, the best thing I could have done was go to the outer city since I had no drug connections there. I got a letter from the state board of health compelling me to go get tested for syphilis since someone I had sex with gave them my name (I never found out who it was). I got tested for everything and came back clean. A year later, I was sober and in college until I had a traumatic brain injury and had to drop out, but that’s a story for another time.

I never found out what happened to Angel or her mother, but I like to think that her mother got sober and was able to take her back. I like to think that Angel got the help that I never got and grew up to be a strong woman who accomplished great things. I hope that I made a difference for her. I couldn’t live with it any other way.