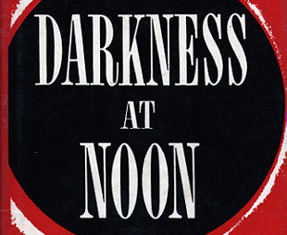 Yesterday was hard. There’s no denying that. Male left Los Angeles for good. Fifteen years of me and him and this city are over.

This is all I managed to write yesterday:

I didn’t cry until I drove away. I thought I wouldn’t be able to last that long, but I did. As I fussed with your luggage at the curbside drop off and you pulled me in your arms, it was the last words as you hugged me goodbye that broke me. “I’ll see you… sometime.” If you hadn’t said that, I would have made it all the way. I fell from your arms, head down, fighting the tears and got in the car.

I watched you walk away in the rearview, but I didn’t cry until I drove away.

Yesterday we watched fireworks and drove by the house you grew up in and ate at your favorite restaurant. We played with the dog and packed the rest of your things. I tried not to watched the seconds drip by knowing that this moment I’m in right now would come, because no matter what we did, it would come eventually.

You know everything I wanted to say. There was nothing left by the end.

It was a good life, but its over now. One way or another, it will never be the same. Either the location will change or the players. Only time will tell how it ends. But for now, you are gone and I am here in your bed crying alone like I knew I would.

After I dropped him off, I went into his room, which is now mine, and the radio he left was still playing. I couldn’t figure out how to turn it off. I couldn’t make it stop. I frantically pushed all the buttons. I nearly chucked it across the room, but I pulled the cord. There was a coffee cup half full of cold coffee. There were sheets on the bed. I walked into his room for the first time knowing he wouldn’t be there and that goddamn radio still played.

I wrote that drivel yesterday before the sobs even hit. A few hours later at my half empty house, I was sobbing uncontrollably on the living room rug with my foolishly simple dog trying to make me feel better by licking my face. It didn’t help. My legs wouldn’t hold me up and I collapsed on the floor choking on my own tears and swear words, wracking seizures of uncontrollable sobs. Fortunately, my roommate is out of town since that would have been awkward.

I haven’t cried like that in a long time. I think the last time I did was when Monster killed my dogs. Those were the tears that only the ending of fifteen years of undefined closeness and murdered animals can bring. I couldn’t breathe afterwards, my eyes were red, my face was pallid; I looked in the mirror and didn’t recognize myself. I looked a fright.

I almost didn’t write about this today, because I know your damnably heartfelt comments will make me cry, but I didn’t want to worry you with silence and I can’t seem to write about anything else. I know that my absence, and the reason for it, has some of you genuinely concerned and I thank you for that, my unseen friends. To those of you who are fretting, please, don’t. The worst of it is over.

I spent the remainder of the day chain smoking and reading the same sentence in Darkness At Noon over and over, or realizing that I had just flipped the page, yet didn’t remember at all what happened. I have nothing to read in my house that I haven’t read before and the public library, while technically only a block away, was a million miles. Darkness At Noon was one of my favorite books when I was a youngun and I haven’t read it in at least ten years. Rubashov’s imprisonment, and frankly, the title itself since I was, in fact, sitting in a dark room at noon yesterday, seemed like perfect parallels, but my heart wasn’t in it. I don’t know where my heart was, but it wasn’t in that book.

I put the television on and watched something. I couldn’t tell you what. After I wrote the above, I closed my laptop and didn’t open it again. I didn’t take a shower because I didn’t want to wash his scent off of me. I waited until it was dark enough to go to sleep, but at the same time, I didn’t want to go to sleep because today would bring the first day without him. I sat in a dark house by myself all day and night. I’m not sure if it was the right thing to do, but I could do nothing else.

I alternated between feeling sorry for myself, being angry and feeling like there was nothing for me to do; I am lost. I am a purposeless ship way out at sea. I thought about hurting him in the worst way possible; I thought about what he would do if I wasn’t here at all. I thought about chucking it all in, but those were all stupid, fleeting thoughts. I didn’t latch on to any of them. I thought a lot of nonsensical, irrational, emotionally charged things. Those all belong to yesterday.

Today, it is sunny and cooly breezy in Los Angeles. I will do the dishes piled in the sink, fold the laundry and go paint my new/Male’s old house. It is the start of another day. It doesn’t feel as hopeless as yesterday. Tomorrow will be better than today. And though I still somehow have tears left, they haven’t rolled down my cheeks. They are staying in my eyes where they belong. I am not lost. I am not out to sea without land in sight. I am alive and I intend to stay that way. It is not the end of the world; it just feels that way… for now.