In the book Stephen Hero, James Joyce’s titular character defines beauty and the artist’s comprehension of his/her own art. Stephen writes an esthetic thesis with theories borrowed from Thomas Aquinas and Plato. In it, he states that there are three kinds of art:

I find this concept fairly fascinating. Most of us who create art, in whatever medium we choose, probably don’t think to categorize it in such a way. A blog post, by its nature, is epical art since it comes from me with you in mind. If I wrote a very personal piece and chose not to publish it (which I’ve done, but ended up publishing anyway), it would be lyrical art. If I wrote a treatise on how T-Rex are obviously far superior to unicorns, expecting that you would argue amongst yourselves in the comment section, it would be dramatic art. 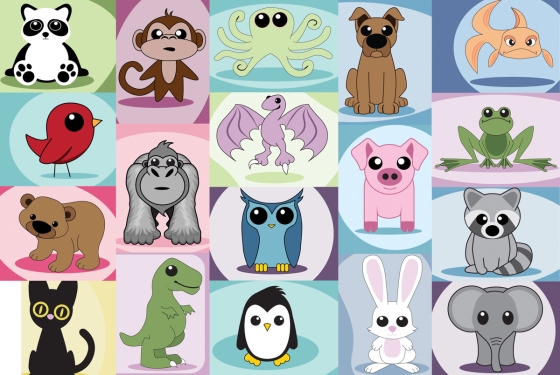 I tend to think of this blog, for the most part, as doodles to pass the time, too: word doodles, if you will. These blog posts, while some are indeed very personal, are just a snapshot, a slice of life. I don’t really think of myself as a writer. I write, but that doesn’t make me a writer. I’m curious as to what Stephen and Joyce would say on the concept of blogs. How would they categorize us?

I don’t write often about the mundane details and happenings of my life; I write more about things, concepts, emotions that get stuck in my head, like this one. I have to pry them out with a keyboard for you to read. I was doing that before you were even there to read them, which in a sense, made my blog lyrical art before you found me.

I find the definition of art in all its forms fascinating, just like Stephen in the book. What constitutes art? Is someone who creates difficult pieces on an Etch-A-Sketch any less an artist than Michelangelo?

While that piece looks like something mass-produced that you’d find in the office of a used car salesman, does the difficulty level of the medium make it more artistic? Does the mere knowledge that that drawing took 70 to 80 hours to create factor into it? If it was a simple pencil drawing instead of Etch-A-Sketch art, we probably wouldn’t be looking at it.

And then there’s subject matter. I create little animals doodles. When I was creating physical instead of digital art, I drew people. I never created anything with a message. My art is not political or contentious in any way, unless you want to say that my drawing of a raccoon isn’t realistic, which is true. My blog posts tend to be much more controversial. There have been meaningful debates on this blog on politics, religion and news happenings. Is a post that I wrote about the Boston bombings less art than the children’s story I wrote? Both of those posts came from my brain and I had to work to arrange the words into meaningful sentences.

When we create something, like this blog post, do we think of where the words come from? When I write, the words form in my mind and nag at me until I write them down. I’m not sure how it works for the rest of you, but most of the time, for me, the words will form in my brain long before I write them down. I read that bit in the book several days ago and have been ruminating on it ever so slightly since. It perched in the back left corner of my brain like a molar until this morning when I decided to write this post.

These are all questions for the ages. There are no clear-cut answers. Theologians, philosophers and art majors have debated these questions throughout time. There are no easy answers. I think that, regardless of medium or intent, if it moves you to feel something, whether it be dread, anger or joy; if it makes you think or feel, it is art. In that sense, nature is the greatest artist of all.

What’s your take? As a blogger, do you think of yourself as an artist?