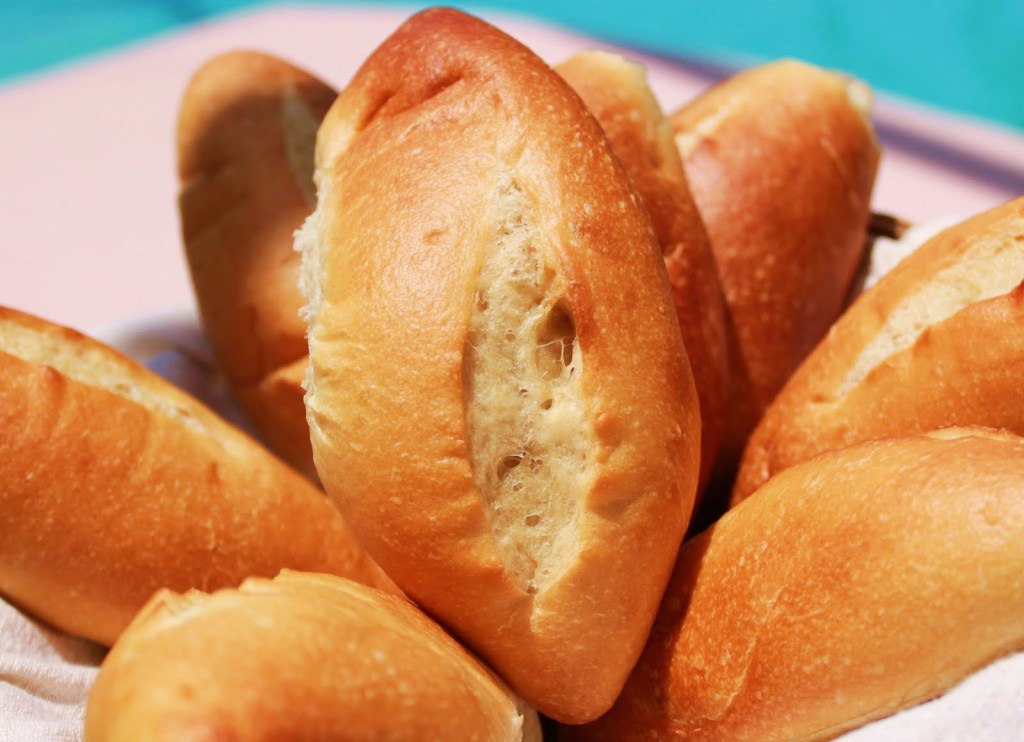 Bread is not as easy to make as you’d think. We’ve all grown accustomed to dashing off to the grocery store to pick up a loaf for a couple of dollars. Perfectly symmetrical loaves come chopped up into perfectly symmetrical slices, wrapped up in hygienic plastic with a “use by” date. We don’t even have to think about it. It’s just there. And if it isn’t just there, we can run up to the store and buy more in a jiff.

When you make your own bread, it is far from symmetrical. You have to slice it yourself and the slices will always be lopsided and squished. Homemade bread goes bad rather quickly because you haven’t added any of the preservatives that the supermarket chains do to make it last longer.

If you have a loaf of bread, a sandwich takes only a minute or two to make. Typically, when people think about sandwiches, they think about what’s in the middle, not about the bread itself. Those slices are merely a vessel for the good stuff in between.

Bread is a genius invention, which wasn’t possible before the invention of fire. It is one of the oldest prepared foods. It is what makes food portable so that you can eat it with your hands. It allows people to leave their homes and go farther afield. With a sandwich in your backpack, you can travel as far as your feet can carry you without worrying about what’s for lunch.

Considering how involved the process of making it completely from scratch is – and I do mean completely, as in having chickens, cows and a field of wheat – I’m amazed that anyone ever thought of it, and once they did, that they continued making it. It caught on. It spread like wildfire. Most cultures, no matter how old or far away, have their own variety of bread.

Making bread is a time-consuming process. It contains ingredients that most of us don’t have in our backyards and wouldn’t have the foggiest idea how to acquire if civilization as we know it ceased. Does your average modern humanoid know how to make flour or yeast? Probably not. I don’t anyway. Making bread is sort of like raising a child; you can’t just leave it all alone in the house while you run off to see a movie. It takes patience and a sense of timing. It needs to be cared for and coddled. If you attend to it properly, it will come out just fine as a well-adjusted adult loaf. If you neglect it, if you don’t nurture it, it will die.

Bread is the forgotten superstar of the sandwich. Perhaps that’s why submarine sandwiches are often referred to as heroes. The next time you bite into a sandwich, think about the bread and how awesome we are as a species for inventing it.