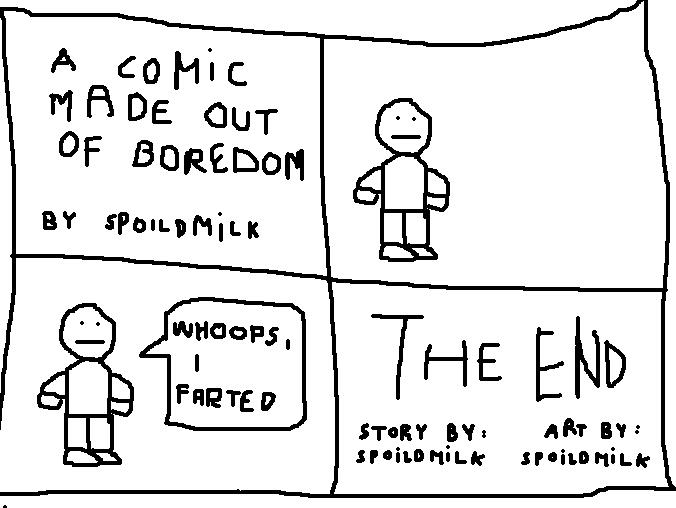 Boredom and I have a long history together. As a child, my family would drag me and my sister up to a picturesque cottage on a lake that has been in our family since the dawn of time. My great-grandfather built it as a hunting cabin. For a long time, there wasn’t even a proper door on it, just a heavy canvas curtain, until one night, as my ancestor and his fellows were playing cards and drinking, a bear just walked in like he owned the place. After the bear came calling, they installed a door right quick.

From Memorial Day to Labor Day, my mom, grandmother and sister were at the cabin on the lake, now with a properly closing door, and dad would come up on weekends. Once a summer, the family would take off in the RV and go gallivanting around the country. In either case, my only company was my sister who was four years older than me and rarely wanted to participate in my reindeer games. I had to learn from an early age to entertain myself.

The little burg in which the cabin was situated had greatly increased its population density from my great-grandfather’s time. It went from the occasional population of half a dozen bear-fearing, card-playing hunters to several hundred people. It became virtually a miniature megalopolis complete with a general store, fire department, its own post office branch and even a library in an old garage containing just barely more books than the population. Still, there was nobody my age with whom to play.

While all of my little school friends were together downstate having group adventures, I was stuck in the north woods on my own. I was envious of the fact that they didn’t have to leave for the summer. I didn’t really appreciate those summers until I got much older. To me, it meant lonely days in idyllic scenery.

From the time I was a tiny tyke, I had to learn to curtail boredom. My theory has always been that, if you’re bored, you’re just not using your imagination. I climbed trees, I built forts, I had adventures in the woods with my trusty sidekicks, which were mostly stuffed animals, and most importantly, I developed a life-long love of books. By the time I was in double digits, I had read almost all of the books the garage/library had to offer. Whenever I was bored, I’d ride my bike up to the library and pick up another adventure.

Through other people’s words on paper, my imagination bloomed. Sometimes, I would get so wrapped up in a story that I would stop reading and act out my own ending to whatever adventure was playing out in the book. Then, I’d compare and contrast. My version was usually better.

I developed a love of words. I relished reading a word that I didn’t know. I’d run into the cabin and look it up in the dictionary. Some of those strange and random words are still stored in my brain. Those childhood remedies for boredom are still with me. Although, nowadays, I don’t generally act out live-action renditions of a story, but my imagination still works on alternate versions nonetheless.

Today, as an unemployed, non-contributing member of society, I have plenty of time to be bored and I have few playmates since they’re all busy working, just like when I was a kid. I don’t despair though. Whenever I get to feeling antsy and restless, I just pick up a book and take my imagination for a drive. Books and imagination usually cure all manners of boredom without fail. Sometimes, they even give me a kick in the butt to write my own stories instead.