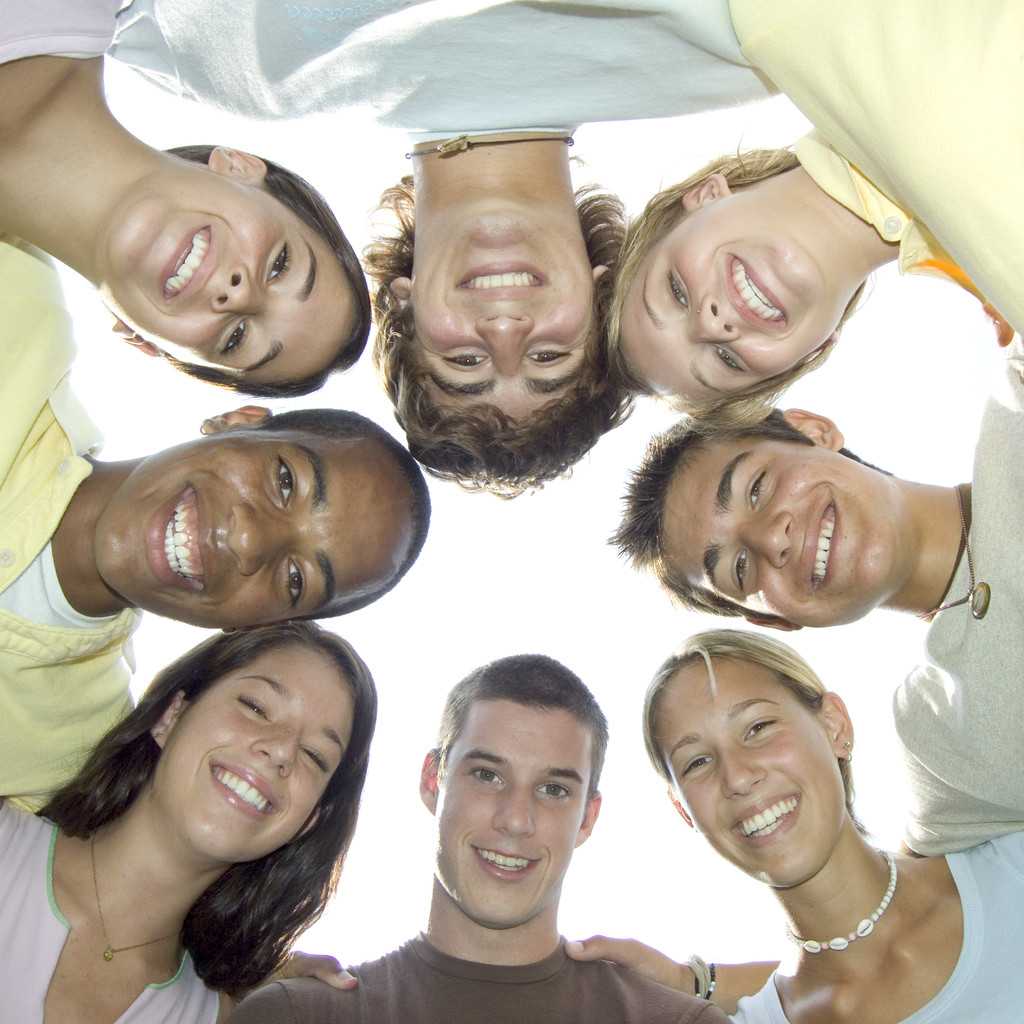 Fictional dialog with a random picture gakked from the intertubes.

“Good morning!” they all said in unison with voices so full of happiness that it made him want to vomit right then and there. Trask raised his hand to shield his eyes from the slice of sun that the happy horde had not blotted out and with it came an empty bottle of whiskey. The sight of it didn’t help his gag reflex any. He let it drop on the grass.

“Where am I?” he groaned. “And why are you people standing over me?”

“You’re in the quad. We were playing Frisbee and Joey nearly trampled you,” said the girl with the shell necklace pointing at the guy with the scruffy, Emo haircut the boys were all so fond of these days. “Of course his name is Joey. What else could it possibly be?” our horizontal hero thought.

Trask tried to remember last night, but it was just a swirling blur of movement, lights and voices. He seemed to recall some darts, some blood, possibly his own, and a donkey. He wasn’t sure if it was a real donkey or just a picture. Either way, it was all too much to think about and he quickly changed his train of thought. He wondered if he would ever be able to attempt sitting up. Walking was too big of a goal for the moment, but he could try sitting up… maybe. Meanwhile, none of the happy, smiling faces had moved. They were all still hovering directly above his own non-happy, non-smiling face. Of that much, he was sure.

“What time is it?” he queried. One of the brunettes, he couldn’t be sure which one, looked at what appeared to be a watch and said, “8AM.”

“Eight? As in eight the morning?” Trask looked at his own wrist to verify the information only to remember that he doesn’t wear a watch. “Is it Saturday?” he asked still scrutinizing his wrist as if the nonexistent watch would also tell him what day it was. “What the hell are you people doing up so early?”

The guy with the necklace said, “Playing Frisbee, of course!” They all laughed as if it was the funniest thing ever said by anyone, anywhere.

Trask was not amused, “Would it be possible for you all to retreat a little bit and maybe lend a hand so that I might try sitting up?”

“Oh, sorry,” came the mumbled responses and they all stood up stock straight at the same time. They were like parts of some demented, pastel-colored centipede, operating in unison. They were still standing around him in a circle. He had little room to maneuver, not that maneuvering was high on his list of skills at the moment, but at least they weren’t inches from his face anymore.

With tremendous will and deep concentration, Trask held both of his arms aloft. Necklace guy and the token black guy grabbed one arm each and hefted his upper body off the ground in one, frantic pull, as if to show off how strong they were. The sudden movement was too much for Trask. He went past perpendicular, almost to the point where his nose was touching the guy with the buzzcut’s shoes. They were those stupid suede things that stupid kids wear. Before he had even completed his analysis of the footwear, his stomach, continuing on with the inertia, decided to empty its contents on them. Trask’s first thought was that somehow, the shoes were less ugly than they had been a second ago. He almost felt guilty about ruining the shoes of the one person among them that wasn’t wearing pastels. What kind of guy wears pastels? He gave a little sideways smile to the ground.

The girls on either side of Buzzcut screamed and jumped backwards. “Good,” Trask thought, “now I have an escape route.”

After Trask had successfully ruined Buzzcut’s shoes forever, the octo-smile started to back away, but they no longer wore the smiling, happy faces that they had a minute ago. All the girls looked horrified. Somehow, they were almost pretty that way. Just the token black guy remained to help him to his feet. He watched Buzzcut take off his shoes and throw them away. Then, the pastel centipede went back to playing Frisbee with those dumb grins reinstalled on their faces. He wished he had an icepick.

Trask hobbled over to a tree, unzipped his pants and peed on it. He envisioned Buzzcut’s shoes as he did. It seemed like he peed for days. Who knew a bladder could contain so much liquid? When he was done, he searched his pocket for some sunglasses or a hat or a bullet to put in his brain, but came up empty. All he found was a parking stub, which was odd since he didn’t own a car, a wad of chewing gum covered in lint, a piece of broken glass, a nickel and some keys. He’d have to make the trip to his dorm in full sun. It wasn’t all that far, but it seemed a million miles away. He thought of lying back down under the tree, but he knew he’d never be able to get back up again. He had no choice but to make the trip home.

Leaning on the trunk of the tree in the shade, he stood staring at the pastel clad idiots playing Frisbee for a second. They were now as happy as they had been when they were standing over him. It seemed they had completely forgotten about the whole encounter. Even Buzzcut seemed happier barefoot. Trask gave them the finger, which went completely unnoticed, and stumbled off in the direction of his dorm.

Join 9,125 other followers
Follow Fish Of Gold on WordPress.com