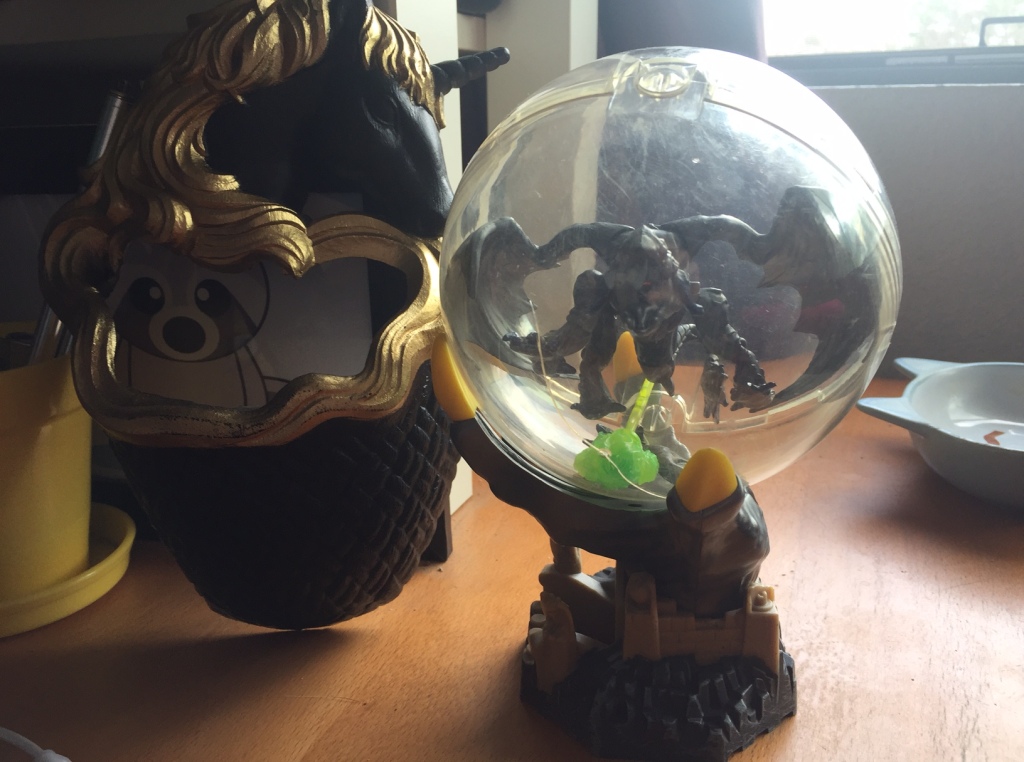 Hiya. Come on in and grab a cup. I’m not sure that I have any clean cups left since I’ve already used two this morning:

When you forget that you already poured yourself a cup of coffee so you go get a cup of coffee. Proof that too much coffee is impossible. #coffeetime #coffee #morecoffee

I’m sure we can find something to put coffee in though. Here’s a saucepan.

This has been a weird week with a lot of anxiety. As has been typical of my life, a lot of my anxiety is over money, mostly because I don’t have any.

It’s never good when it’s still a week from payday and this is your account balance:

There should be a few more numbers in front of that period, but sadly, there is only one, lonely digit. I guess I should be thankful it’s not a negative number. I have some cash, but if I have any sort of emergency that costs more than $5.35 before next Friday, I’ll be in a world of hurt.

This financial angst is not a new nor even an infrequent experience. For most of my working life, I have lived paycheck to paycheck, and sometimes, I don’t make it that far. I hate being broke. It sucks.

This time, it’s my insurance company’s fault. In May of last year, I bought a new car. As part of getting a new car, I sold the old one and got insurance on the new one. Since I was midway through my policy, my insurance company charged me a nominal fee to add the new car–something less than $100.

In May, they requested that I send them the bill of sale proving that I didn’t need to insure the old car anymore. I thought this odd, since I’ve switched insurance companies more than a few times in my life, and I’ve never had to prove that I no longer owned a car before they stopped insuring it. Usually, it’s a simple matter of, “We’re sorry to see you go.”

Anyway, all was well, or so I thought, until the new year rolled around, and with it, a new car insurance policy.

I have direct withdrawal set up for my insurance payments. At the beginning of January, having just been paid the day before, I went to pay bills and discovered that I had no money. I investigated and there was a charge for nearly as much as my rent from my insurance company. What the ever-lovin’ heck?

So, I called them up and asked what the ever-lovin’ heck? Turns out, they still had my old car on my policy even though I sent them the bill of sale in May, so I was paying for insurance on my new car and on a car I hadn’t owned for 8 months.

For some stupid reason they never explained, my insurance company refused to remove the old car until I could prove that I no longer owned it, which I already had back in May. The woman I talked to then was solicitous, but apparently incompetent, for even though I emailed her another copy of the bill of sale, she did nothing with it.

February rolls around and I go to pay bills and there are significantly less dollars in my account than there should be, having just been paid the day before. I see another astronomical charge from my insurance company. Now, I’m pissed.

The call starts out with something like, “First of all, I’d like to thank you for your 8 years as a loyal customer.”

I cut her off and said, “Well, we won’t make it to 9 unless you give me my money back now. Go ahead and take ten minutes to read through the notes on my file. There are a lot of them. I’ll wait.”

Eventually, she said, “Well, it seems that the person you spoke with in January didn’t process your paperwork and she’s no longer with the company.”

My blood begins to boil. “So, when someone leaves your company, all of their work and communications just vanish? Even though I originally sent you the bill of sale in May, for two months, I’ve paid a king’s ransom for insurance on a car that I haven’t even owned for 9 months, because an employee who was supposed to fix it no longer works there? I want my money back. Fix this now.”

“I apologize. Let me transfer you to a customer service specialist.”

Sigh. They put me on hold again and finally, some dude answers. “I’m Asshat McGinty. How can I help you today?”

For serious? They put me on interminable hold, during which I assumed the first person was explaining the situation to the second person, only to find out she didn’t? What the hell was she doing all that time?

So, once again, I explained the situation to Asshat McGinty (probably not his real name). “Fix this now.”

Asshat McGinty says, “I’m going to send you an email now. Please, send me the bill of sale and we’ll sort this out.”

“I’ve been through this before. That’s exactly the same thing the person who no longer works there told me in January, which I did and nothing ever happened.”

I emailed him the bill of sale and he said, “I just received it. I’ve put it through for processing.”

“How long will that take? If I check my account balance in March and find another charge that’s the same as my rent from you, I will be seriously displeased and I’m already very unhappy.”

“It should be sorted by then. Once we process the bill of sale, we’ll prorate your payments. You might not even have to pay anything for the rest of the year, based on what you’ve already paid.”

“No, there will be no applying over-payments to my current balance. I would like a refund, as in a deposit to my account of all the money you’ve stolen from me through abject incompetence. Not a check, but a deposit. You take the money out of my account directly, you can put it back in the same way. You’ve had 9 months to fix this and you haven’t. Fix it now.”

I am not a person you want to piss off ever. I’ve done phone customer service before and I know what a pain customers can be. I try not to be that customer, but when you have dicked me around for 9 months and my bank account balance is on life support due to your incompetence, well, there’s only so much patience in the world for that and I don’t have any of it.

It’s been a week and I haven’t heard anything, but I know how slowly the wheels of large insurance companies move. I will give them one more week to fix this, but if I don’t hear anything or have a refund by next week, I will call them every day until this is fixed.

This is not some fly by night insurance company either. This is one of the largest insurance providers in the United States. I won’t call them out, but they have three capital As in their name. When this policy expires, I will be ending 8 years of being loyal customer. Seriously, fuck them.

So as not to end on a bitchy note, I’d like to give a belated thanks to people who have sent me stuff.

Way back in December, Draliman and Jackie sent me holiday cards from two different countries. I neglected to thank them or even mention them. Thank you for the cards. They made my day.

Also, way back, Mental Mama sent me a lovely care package with several handmade items in it. I am a terrible person who didn’t acknowledge it. Sorry, MM and thank you so much! Your packages melt my heart.

And more recently, another care package arrived that made me smile and laugh; quite the accomplishment lately. The laughter was due to a bit of prose contained within. Here’s a snippet.

With those excellent instructions, I did manage to properly assemble my dragon orb claw thingy (I think).

Thanks, Alex! I haven’t found a place to hang the also enclosed marsupicorn yet, but that’s only because I’m lazy. As of now, it leans precariously on my desk.

Anyway, thanks to all of you who still think of this mostly absent fish and go so far as to send me stuff. To anyone else who sent me stuff that I still may have forgotten to acknowledge–sorry and thanks! Everything I get from bloggyland makes this world a better place.

Apparently, this is the last week that Part-Time Monster is hosting the WCS. I’d like to thank Diana for all the hard work in hosting WCS all this time, since it’s mostly all I write lately. We’ll see you at Nerd In The Brain soon.