Hello. Come on in and grab a cuppa. Sorry, I took so long getting to the door. I was taking some sinus medication. There is another forest fire, though really, there aren’t any forests around here. It’s more like a mountain fire.

The sun has disappeared behind the smoke, casting an orange pallor on everything, and it is raining ash. My neighbor’s black car that was clean yesterday is now a mottled gray. The smoke and ash that was looming over our heads last night is settling.

The fire is not so close as to cause me immediate danger, but I could see it burning from my bedroom window last night. I watched the flames climb up the mountain and disappear over the crest. The entire night sky to the north was glowing orange. Even now in the morning, it is eerily quiet aside from the sound of helicopters.

Yesterday, at around 7 pm, it was 2,500 acres. I had hoped that when I woke up this morning, I would read that it was out, or at least, contained. Instead, it has nearly doubled in size to 5,500 acres.

Californians forget that this happens every year. We forget that we’re surrounded by millions of acres of dry chaparral on steep, inaccessible mountains in the middle of a persistent, 10-year drought. I haven’t heard the cause of this fire yet, but if it is man-made, that person should be eye-for-an-eyed.

Anyway, settle into my air central-conditioned home that will filter out all the particulates for us (remind me to contact the maintenance man to change the filter on the AC unit once this is over). I have some things to show you.

As nice as it is to get that widget you ordered, it’s ever so much more exciting when you get a package in the mail with mystery contents. I recently got one such package. It was addressed to Fish Osgood (if I ever write a book, that will have to be my nom de plume), so it could only have come from bloggyland.

It was a tube mailer, which is the most fun kind of mailer since, unlike an ordinary box where, once you open it, you can see the contents at a glance, a tube mailer retains its air of mystery even when opened. I could spy all sorts of things up in there.

In addition to other assorted bits and bobs (my favorite kind of things are bits and bobs) like a coffee cup koozie, it contained all sorts of words and images. The first to plop out where these:

Oooh, consider my interest piqued. I have not yet read this book, but something labeled “A Victorian Fairy Tale” about a golden key is a good start. I’m not sure what Queen Victoria and fairy tales have to do with each other, but one day, we shall find out.

The next things to escape from the tube were comics!

I don’t really buy comics anymore, but I still love reading them, especially when I get them in tube mailers and one is about Lovecraft & Tesla and the other has some sort of human-fox hybrid.

Still, the tube was not empty. There was something stuck in there. It took a lot of work to get it out, but it was worth it, since once I unfurled it, the first part I saw was this:

The horizontal magnificence kept unraveling until the whole of it revealed itself.

Unicorns and dragons and wizards and griffins and fey and centaurs and fauns and… On my! I don’t know what it is they’re attacking since it’s not in the frame, but I would be very afeared if I were off to the right. I was going to wait to post this until I had a suitable frame, but that could take some time. There’s a lonely spot in my hallway that’s waiting for it though.

Thanks, Alex! You continue to make my day in countless ways.

The next package I got was one I was expecting. I knew its contents, but I was still excited to open it. It contained a book of poems written by someone I know. My sister was there when I opened it is and asked me what it was.

“Remember when I used to get those letters from prison that freaked you out, because they had ‘LETTER FROM PRISON’ stamped on them? Well, she wrote a book and here it is.”

“Oh, neat!” and before I had a chance, she picked it up and started leafing through it. “I never understood poetry until I was in college. My teacher showed me that poetry is best read aloud. It’s only when you hear it that you understand the nuances of the format. It’s even better if it’s read to you.” She read the first poem out loud. 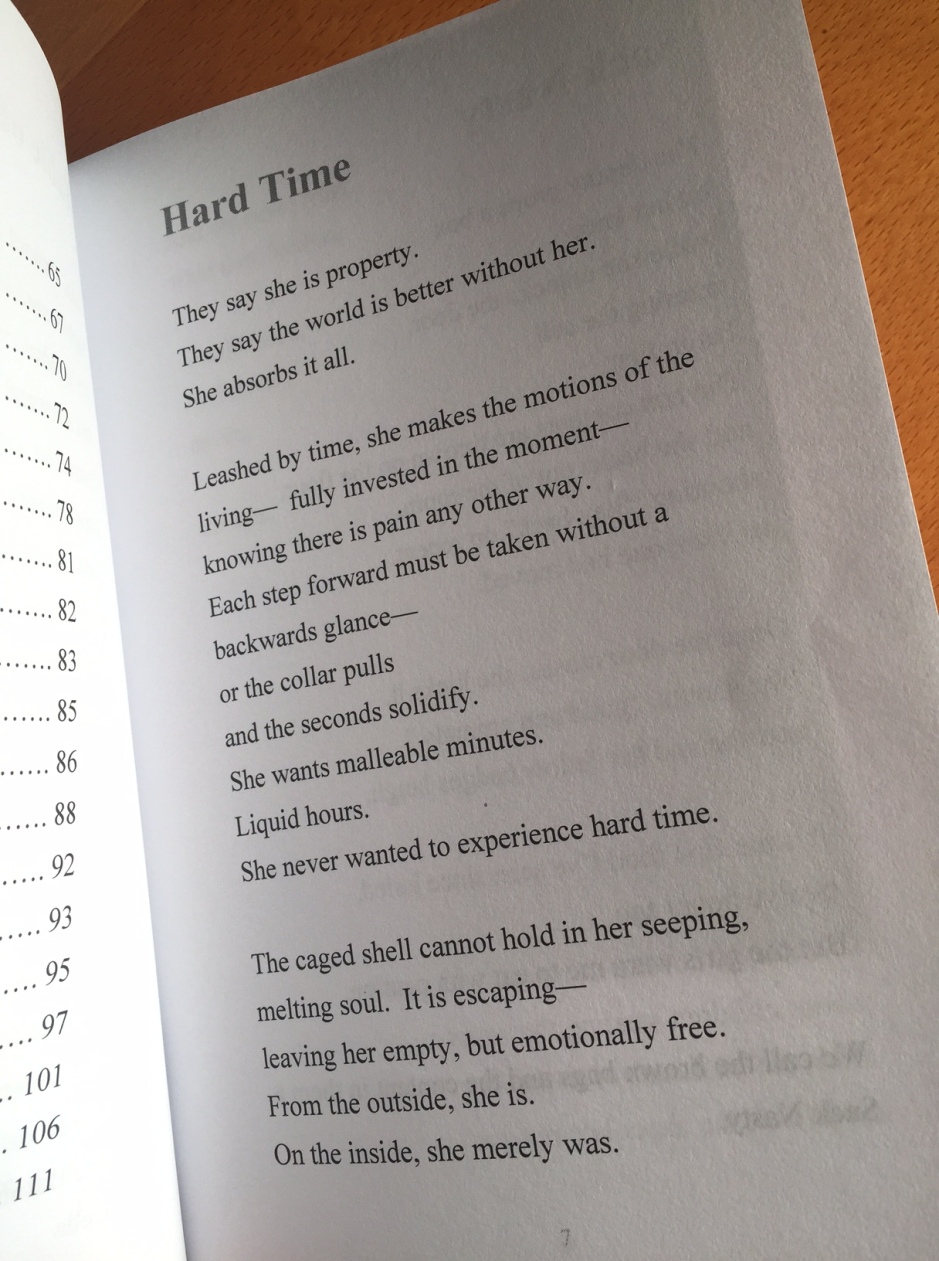 Then, she read the next one. Her teacher was right. The best way to experience a book of poems is to have it read aloud before you can even look at it.

“Oh, she even signed it. What does the inscription mean?”

“It’s a long story.” The story is actually not that long, but how does one go about explaining wonder and fairy tales and dinosaurs with tragedy and comedy and an untarnished spirit? I will continue to hold up the sky, even if it’s made of fire.

“Is she still in prison?”

To bring us full circle, here’s a unicorn impaling Sack Nasty… with love. 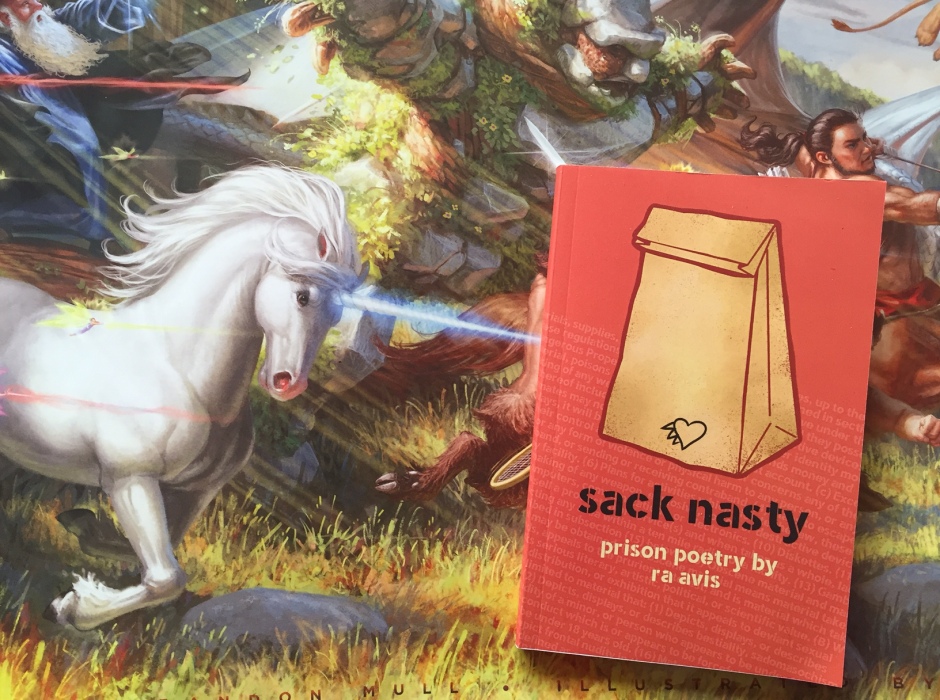 Go buy Ra’s book in one of the various ways she has on offer. Then have someone read it aloud. Trust me.