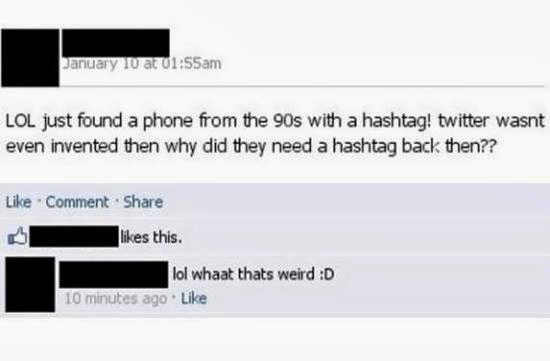 As I was wandering through my abode in search of coffee this morning, I noticed an old film canister nestled inside a clear storage box in my closet (why I was looking for coffee in my closet is a vicious circle conundrum that could only be solved with coffee) and it occurred to me that anyone under the age of, say, a quarter century might not even know what that is. So, today, in History Lessons With Goldfish, we’re going to explore some old things that used to have purpose, but are no longer a thing.

A. A container for storing marijauna.

B. A container for holding film.

D. A failed prototype of Tupperware.

This is a trick question, because both A. and B. are correct. In fact, when I dug mine out, I found that it contained a bit of desiccated weed. It still smelled delicious, but given that I can’t remember the last time I partook, I decided to dispose of said goodies.

That is what we used to call a film can, which was an air-tight, light-tight container where film was stored before you took pictures with it using an old-fashioned camera. Yes, photographs used to exist in physical space. They were things you could hold in your hand and weren’t just stored on a computer. They had to be developed by a professional with a complicated series of chemicals and darkness.

You took the film you bought out of the canister, loaded it in a camera, took pictures of whatever you wanted, put it back in the canister, took it to a photo developing place where some kid would look at all your pictures before you did. It was a big deal when places could do that in an hour.

A. A complicated mathematical algorithm.

D. A printout of Google maps folded for some reason.

A road map. Before the internet, we carried those things around with us. They were Google maps on paper basically, except you couldn’t search them, they didn’t give you directions or Yelp reviews, and they had no traffic updates.

We’ve always had maps, but before the internet, they were on paper. In order to find a place, you had to look at the index. Say I wanted to find 123 Fake Street, I would first look up Fake Street and find its letter, say F. Then I would look up the number block it was in, 100-200, which corresponded to a number block on the map, say 1. So, now I know to look for 123 Fake Street at 1F. Across the top, there were big letters like A-G, and down the side were big numbers, 1-12. I would scroll across the top to find F, then go down the side to find 1 and in that square quadrant was 123 Fake Street. From there, I could figure out myself the best way to get to 1F based on where I was. Of course, a lot of this was dependent on knowing where you were already.

A. An ancient form of communication.

At the time, it was awesome because it meant that you could be contacted wherever you were. Early adopters of the pager included medical professionals and drug dealers.

A. A very small house.

B. A bathroom for homeless people.

It’s a phone booth, though unfortunately, B was sometime correct, too. There are probably still a few of these littering America, but back before cell phones, they were everywhere.

When you paged your doctor or your drug dealer to call you back, they would find one of those things, drop in some coins and dial the numbers that appeared on their pager. Finally, you could talk to the person you were trying to contact.

A. A space heater.

B. A foot massager.

When your doctor or drug dealer called you back and you were in another room–most likely the bathroom, because somehow, that’s always where you were when the call you were expecting came through–and you couldn’t get to the phone, your answering machine would play a greeting you recorded to the caller. Then the caller could record their own message to you, most likely something like, “Yo, you just paged me! Where you at?”

A. An early computer interface.

B. A board game called Hunt & Peck.

The correct answer is typewriter. I know it’s really hard to believe, but computers haven’t always existed. I know, right?!

Way back in the day, when you had to type something, like this blog post, it would be done on a typewriter and paper. Notice that the keys on that thing are almost identical to the keys on your keyboard, ipad or phone? They’re in the same QWERTY order with the big space bar and everything. That’s what we used to type on.

There was no spell check, no save, no backspace or delete key and no correcting typos. What you typed is what you typed.

A. A nutritious part of a balanced breakfast.

B. Paper in liquid form, not to be confused with Vapor Paper.

C. A means of correcting typos.

Way back when we were typing on typewriters instead of keyboards, we made a lot of typing errors. Well, probably as many as now, but the thing is, once a document was typed, we couldn’t go back and edit them. There was really no such thing as a draft. That’s where Liquid Paper or White Out came in.

You would cover the part that needed fixing with a thick white goop from the bottle, wait for it to dry and then write or type the correction on top of it. We sometimes also used it as white nail polish when bored.

A. A button to start a new game of Tic-tac-toe.

D. An old school version of the dollar sign.