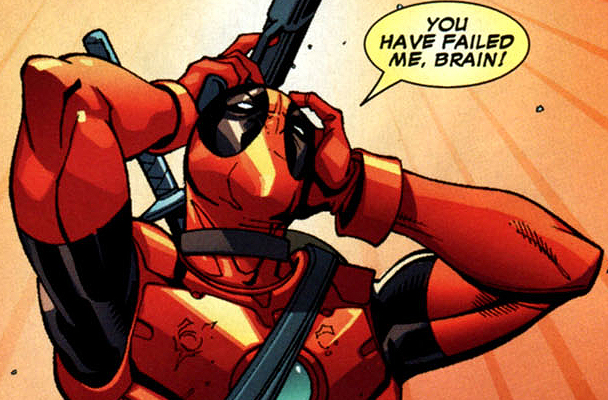 I was conked on the head by a stage light and it damaged my memory. Since I was only twenty years old at the time, the bulk of my memories were of my childhood, which means I don’t really have one. Most of the time, I don’t miss it, but that could just be because I don’t know what I’m missing.

Linear time doesn’t really work for me the way that it does for the rest of you. Right after the accident, I became temporally untethered; the passage of time had no meaning for me. To this day, when I wake up, I have to look at my phone to find out what time and day it is since my brain doesn’t process that information well. I am always glancing at the clock since the passage of time still doesn’t mean a whole lot to me.

Not having a proper memory is a strange thing. I only remember fragments. When people ask me questions about my life, a lot of the time, I have to draw on second-hand information. I know I grew up in Detroit. I know the names of the schools I went to and the approximate dates. I know the facts, but the details aren’t always there. I call my sister the keeper of my memories because she remembers more about it than I do.

She’ll say something like remember that time we went there and did that thing? No. It’s so weird that you don’t remember that! It was so very traumatic/awesome! Usually, I just respond with “goldfish,” the creature renown for having a crappy memory, hence my name on this blog.

It seems to me that people, whether subconsciously or consciously, think I’m lying when I say I can’t remember things. You couldn’t possibly not remember all of fourth grade. I think it’s because I appear to be very functional, but that’s because I’ve learned to adapt. Even my own family, who was there for my most goldfishy era, has a hard time believing that I don’t remember certain things. You must just not be trying to remember. Believe me, I have tried to remember, but it’s just not there.

Well, that’s not exactly true. It is still there; I just can’t access it. Most of those memories are still in there. They are still in my brain, but without a bridge to my consciousness.

If I say “fourth grade” to you, you can probably go into your memory like a Google search and come back with results. Your memories have keywords stored in a database. Over time, those keywords and search functions will degrade and you won’t get as many results, but the mechanism is still there.

I don’t have that mechanism anymore. When I search my memory for fourth grade, I get a flood of hazy school recollections that could have happened anywhere between kindergarten and sixth grade. I know which school I went to in fourth grade, but it was the same school that I went to from kindergarten through sixth grade, so I cannot refine the search any further. I cannot narrow down the results to just fourth.

In the same way that, in a standard five-day work week, Tuesday, Wednesday and Thursday kind of blend into each other, fourth grade to me is like the middle of the week and indiscernible from the other grades in the middle.

I have not had an especially happy life. It is rife with drama, tragedy, embarrassment and terror. One might think, well, hey, it’s a good thing you lost it then! The problem is, without the foundation, I had a really hard time figuring out how I was put together. Because I only had childhood fragments after I was hit on the head, I lost a lot of the why. My motivations became unidentifiable. I did things, some terrible things, without ever really knowing why I did them. I harmed myself and others. I lost myself and nearly ended my life without ever really knowing why. After the accident, I spent the vast majority of my life in that haze without knowing.

And then, I remembered. I remembered the horror and the tragedy and the sheer terror of child sexual abuse, and it all made sense. Every once in a while, a smell, a song or some other trigger will cause my brain to create a new pathway to those old memories.

When I reconnect to an old memory, it’s visceral. It’s as if I’m re-experiencing it. I can almost feel, smell and taste my surroundings, like watching a smell-o-vision movie in 3D, only you’re strapped into your seat and can’t escape the monster coming at you. Unless I’m recovering that awesome sundae I had at some kid’s birthday party, it’s incredibly traumatic and distracting.

About ten years ago**, I recovered a memory to this night, where I was sexually assaulted. I remembered everything as if it was happening right then. I cried for about twelve hours non-stop. I experienced everything about the assault a second time, so it was almost like it happened twice.

After the initial 3D-ness of a recovered memory, it takes its place again in my brain and the memory becomes just like any other, faded and murky without a visceral response. It becomes part of my hazy database.

My memory is a minefield. One false step will produce a memory I don’t want. It’s terrifying not knowing what other demons lurk in my brain just waiting for a trigger. What other horrible experiences are there that are just waiting to be re-experienced? Seriously, how many more can there be?

It’s always a trade-off recovering a memory. On one hand, it’s overpowering to re-experience things. On the other, I’d rather know the why. Without the why, I cannot ever fully understand myself and I cannot heal.

*I use a lot of indistinct terms like “for a while” since I don’t know how long a while really was.
**Everything that has ever happened was either “about ten years ago” or “when I was a kid.”