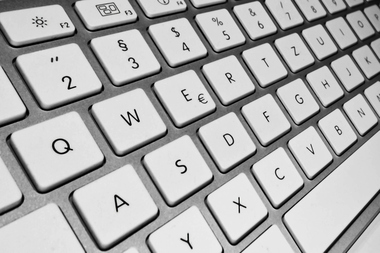 Another week, another Weekly Writing Challenge, where we are to talk about the origins of our writing. I’m not feeling particularly inspired this morning, so I’m just going to answer the questions as asked.

Which books did you love growing up? Which poems?

I’ve already written about my favorite children’s books growing up. Some of my favorites included everything by Dr. Seuss and Richard Scarry, Curious George, Winnie The Pooh, and my favorite poet was Shel Silverstein.

Do you remember your first original composition? What was it? How did you feel while writing it?

It was constructed of some sort of flimsy, not quite white paper-not quite construction paper hybrid. The lines were nearly an inch apart because when we’re first taught to write, we make gigantic letters with tiny hands. There were dashed lines in-between the writing lines so we could tell the midpoint. Being left-handed in a right-handed world, when I was taught to write, I didn’t write neatly. I recall being scolded for penmanship, but I have no idea what I wrote.

When I was a child, I wasn’t so much a writer as an artist. Somewhere around first or second grade, my art teacher finagled a scholarship to Cranbrook Academy Of Art for me. I don’t recall how long I went there or many of my experiences. I have an overall impression of liking it very much though. When the scholarship ended, I went back to public school and never took an art class again.

My family didn’t approve of art as a profession or even as a hobby. They encouraged me in music and dance, both of which I supremely sucked doing, but not in art. To this day, I’m not sure what the distinction is. Being a dancer or musician was alright, but not an artist or an actor. My sister had an interest in drama and that wasn’t approved either. I’m not sure their opinion on writing since, by the time I started writing, I had learned not to share it with them.

Did you secret your writing away or share it with family and friends?

I’m much more of a secreter than a sharer. I wasn’t one to share as a child and I’m not now. The only difference is that I have a blog where I share everything these days. I write anonymously though, so I’m still a secreter. I am uncomfortable with people judging my work in person. I could never have a gallery show and I would be incredibly awkward at book signings. If I were ever famous through my creative efforts, I’d hate it. I would be a bit of a recluse like Alan Moore.

What sort of writing do you enjoy doing best? Fiction? Nonfiction? Creative Nonfiction? Poetry? Memoir? Other?

All and none of the above. Honestly, I don’t really enjoy writing anymore than I enjoy breathing. It’s just what I do. The only thing I can say for certain is that I really don’t enjoy poetry. I’m no good at it and it feels like a chore. I try to avoid writing poetry as much as possible.

What are your writerly aspirations? Do you write for yourself, or to become published?

If blogging didn’t exist as a thing, nobody would ever read a word I’ve ever written. I have no writerly aspirations. I do believe that somewhere deep within me resides a novel or two, but so far, I have failed at getting them out. They are stubbornly staying put. I can never pry out more than a few thousand words.

I’m alright with that. they’ll come out when they’re damn well ready. I may be 80 years old before they do, but that’s okay. I’m in no rush.

Why do you write?

I don’t write to be published. I don’t write for you, though I invite you into my fishbowl to read it, and I sometimes think about you when I write. I don’t even write for me. I write to keep the noise level in my head at a reasonable volume.

I’ll be trying to sleep or take a shower and the words will make themselves comfortable in my brain. It’ll start with one word or phrase. Then a sentence will form, and another, until they become a paragraph. These paragraphs won’t leave me alone until I write them down. They’ll keep pecking at my brain until I pay attention to them. I don’t think when I write; I only start thinking when I edit.

What keeps you writing?

The words keep coming. It’s as simple as that. If the words weren’t there, I probably wouldn’t write. Sometimes they desert me for a while. I’ll go a day or two, even a week or two sometimes, without any words, but they always come back eventually.

Do you have a daily writing practice? Tell us about it.

I try to write on this blog every day. I’m not sure why. It’s not like everything I write is quality. In fact, most of it isn’t. Out of a whole post, sometimes, I’ll really only like once sentence or phrase, but it wouldn’t make sense out of context, so I have to leave the hundreds of dead words so that the sentence of good words has somewhere to live. I’m not attached to a lot of posts on this blog, but they all come from me. I always hit publish anyway, because every now and again, I make something I really love and that’s worth all the filler.