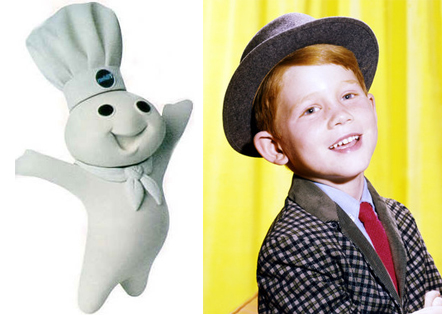 Customer service people mainly stick to themselves. They don’t generally fraternize with the rest of us who don’t do customer service. It’s fine with me since I’m not all that sociable anyway. I greet them and ask them how they are without really caring, but I don’t chit chat all that much. Besides, they tend to be twenty-somethings who mainly talk about cars and girls–two subjects that don’t mean a lot to me.

These are just a few of the new people my company has hired to answer phone calls all day. I don’t know any of their names, because as I’ve discussed before, I only know half of my coworkers names (the half with nameplates). That’s including the people who’ve been here longer than a couple of months. Since I don’t know their names, and even if I did, I’d likely forget, I’ve given them my own.

Also referred to as puppy boy, because his personality is a lot like a puppy. Sometimes, on break, I’ll go outside to get some fresh air. I am perfectly content standing off by myself with my phone reading blog posts or playing silly games. I am not one of those people who needs to be around people. If puppy boy is on break at the same time, he will beeline over to you and start talking, no matter whether it looks like you are preoccupied or not. He won’t stop talking. He has to be talking. He wants to please you with his talk. Won’t you talk to puppy boy, please? I’m begging you!

Once, I was on a phone call and friendly guy came up and started talking to me. It’s not like I had an ear-bud hidden in my hair and he couldn’t tell. I had my entire phone up to my ear and was actively talking into it to someone on the other end. He came up to me and started talking anyway. I had to hold up a finger and point to the phone to get him to stop. Bad, puppy boy.

The Snorter is a middle-aged woman trying her hardest to seem younger than a middle-aged woman. She often wears football jerseys to work, strangely, from a few different teams. I guess she’s not picky about who wins. Go, uh, team! She’s nice enough. She says good morning, how are you and excuse me. She seems like an entirely normal middle-aged woman until you end up in the bathroom with her.

In the bathroom, she turns into someone entirely different. We have a two stall bathroom. If you are stuck in the bathroom at the same time as The Snorter, you will hear all sorts of strange noises coming from the next stall including random farts, burps, snorts, singing and babbling. She talks to herself. She sings to herself. She seems to have arguments with herself, all while her bodily functions go unchecked.

I’m not sure how it works in men’s rooms, but in women’s rooms, particularly a bathroom you have to use with people you know like coworkers, women typically get a little shy about ripping a big smelly fart if someone else is in there. At least, I do. If I have to do any business besides peeing, I will typically wait until the coast is clear. Not The Snorter. She’ll leave you grimacing and gasping for air. There’s nothing quite as gross as being stuck in a tiny, inadequately ventilated room with someone who’s ripping smelly farts while mumbling to herself in the next stall.

After a while, you can kind of tell the people who will stick around and those who will leave as soon as they can. The first time I saw Doughboy, I knew he wouldn’t last and I was right. He was here less than a month. Doughboy’s first day of work, he showed up wearing a suit. A suit! Nobody ever wears suits around here. We don’t even know what they are. I wear jeans and muddy dog park shoes every day. I give more thought to what I wear on the weekend than I do at work. Same goes for everyone else. This is not the type of place where it matters at all in any way what you look like.

Anyway, Doughboy so got his name because if the Pillsbury Doughboy and baby Ron Howard had a lovechild, it would be Doughboy.

Poor Doughboy. I felt sorry for him. He was uncomfortable the entire time he was here. I hope he found a nice library to work in.

The triplets aren’t actually related, because that would be weird. They are three twenty-something males who look nearly identical. They’re all roughly the same height and build. They wear the same uniform of skinny jeans, Pumas and “ironic” shirts. They all have the same buzzcut. They are three different nationalities. One is of Mexican descent, one is Filipino and the third is Vietnamese, yet at a glance or from a distance, I cannot tell them apart immediately. Plus, it doesn’t help that they are always together.

Douche got his name because every time I see the way he parks his car, forcing me to park a few extra spots from the door, I automatically think “douche.” Sometimes, I even say it out loud. I can’t help it. Douche drives a BMW Z4, even though he barely makes above minimum wage. Douche pisses me off because he reflects badly on me as I also drive a BMW. No wonder other people hate BMW drivers. This is how Douche parks:

If you had to park two spaces farther from the door every day because of that, tell me you wouldn’t call him a douche, too.

TMI girl is a nice enough twenty-something. She and The Snorter are the only female customer service reps for whatever reason. TMI girl really needs a makeover. She is pretty enough, but the way she dresses makes her completely unattractive. It’s as if she doesn’t own a mirror or have any sense of what size she is at all.

Now, I know my muddy Converse and seemingly incessant supply of blue jeans aren’t going to win me any fashion awards, but at least my clothes fit. TMI girl’s clothes are either three sizes too small or three sizes too big. Sometimes, both at once. She’ll wear an enormous pair of jeans that hang about nine inches below her belly button with a shirt that looks like it would fit a five-year old. Those poor seams. I’m not saying she needs to wear a suit to work, but if she compromised and bought things in a size in the middle, we’d all be much happier not to see quite so much of her.

The Cabal is what I call them all together, well, all except the Snorter and Doughboy. When I go outside to lunch or on break, they’re all out there in the parking lot acting like idiots. The Triplets and Douche are pretty tight with Puppy boy bouncing around, trying to fit in. TMI girl isn’t as close with them, but she can usually be found skirting the edges of the group.

I’m sure they probably think I’m a snooty bitch, but I just can’t care. I’ve seen too many of them come and go to want to make friends. If they stick around longer than a few months, maybe I’ll learn their names. Most likely, I won’t though.