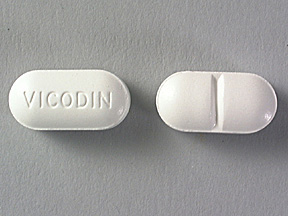 Well, it’s here. The last day of NaBloPoMo. And guess what? I WON! I beat that damn challenge into the ground and stomped on it until all the air escaped its lungs. Through a work deadline, Thanksgiving and assorted obligations, I wrote every day in November.

Alright, I admit that I cheated a bit. While I did post every day, I didn’t technically write every day in November. I front loaded some posts so I didn’t have to worry about it. During the first few days of November, I wrote a half a dozen posts as spares. I knew there would be a few days where, no matter what I did, I couldn’t think of anything to write. How did I know this? Well, that happens under normal circumstances, let alone under the pressure of NaBloPoMo.

There were a couple of days that I didn’t write a thing and I used those spares. I got into the habit of writing tomorrow’s post today and scheduling it so that, when I woke up, it would be there already. That was a nice feeling; waking up to a post already posted. That meant all I had to worry about was tomorrow, not today. Tomorrow is much easier to worry about than today. Tomorrow is so far away.

The funny thing is, I still have a few of those spare posts left. I’m a bit of a hoarder. I severely sprained my ankle a few years ago, and sans health insurance, I couldn’t take anything for the pain because I had nothing to take and couldn’t afford anything to take. A very gracious friend of mine offered some Vicodin. I took her up on her offer. I took one a day, half in the morning, the other half at night for a week. It very much helped. However, I couldn’t bring myself to take the last one, because it was the last one. After that, there was no more and I might need it more later.

I did the same thing with blog posts this month. I kept writing new ones instead of using the spares, because it was the last one. Well, fuck it, I’m taking the last Vicodin. Although, now that I don’t have to post, I think I’ll end up posting a lot more. My brain is contrary like that.

This month has been quite an experience for me. For the past few years, I’ve tried NaNoWriMo. I have never even come close to winning NaNoWriMo. I never even made it to the halfway point.

I’ve realized something about myself lately; I might not be a novelist.

That’s a hard pill to swallow. I write, so I must be a novelist, right? Every writer’s dream is to write the Great American (or whatever country you live in) Novel in title case, right? Well, maybe not. I’ve been working on at least half a dozen novels for the past ten years or so. Actually, I think the oldest one is about fifteen years old by now and it’s still unwritten. It’s still just an outline, character sketches and a first chapter. It might not ever be finished.

The information conveyed in the last paragraph used to bum me out, actually quite a bit, if you want to be honest about it. I am a failed novelist. Sigh.

But the other half of the realization that I’ve come to lately? That’s okay. As long as I keep writing, it’s all okay. It’s not that I’ve given up. It’s actually quite the opposite. Sliding from under the oppressive weight of the Great American Novel has freed me up to focus on other things. I would like to publish some books and I think the books I’d like to publish now are doable.

I would like to write a flash fiction book–a bunch of little stories all sewed up together with a common theme, somewhat like Sherwood Anderson’s Winesburg, Ohio*, but not. If successful, I could do a whole series of these topical flash fiction compilations.

I would like to finally finesse my autobiography. Before I even knew about NaNoWriMo, I won that fucker. I was a writer possessed. I went to work, came home, wrote until sunrise and did it all over again. On the weekends, I didn’t eat and hardly even peed with all the writing I did. It is the story of my life as told by me. It is nearly 100,000 words of self-imposed therapy. I could not stop until it was done and I finished it. Once I finished, I backed it up in a thousand different places and never touched it again. That was in 2009. I want to actually finish it.

So, I may be a failure at NaNoWriMo, but that’s okay. I am not a failure at everything else. I don’t think I’ll ever try NaNoWriMo again to be honest. I’m not good with that kind of pressure to do things that I might not even be capable of doing. I prefer pressure to do things that I want to do. Other than from a bird’s-eye perspective, I don’t really even want to write the Great American Novel and forcing myself to do it makes me want to do it even less.

Tomorrow, I’m going to post one of those spares and take a much-needed day off from this blog, but I’ll be back. Hopefully, every damn day.

I’d like to thank YeahWrite and my rownies, and Nano Poblano for all the support you’ve given me this month. Let’s do it again next year.

* If you fancy yourself a writer and you haven’t read Winesburg, Ohio, you really should. Anderson mastered the short story woven into a novel format in this book. It is one of the best American novels ever written.