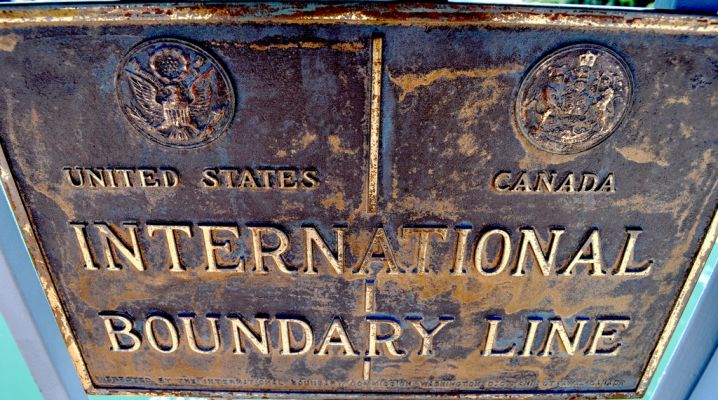 I want to thank Fish of Gold for kindly offering to allow me to guest post on her blog.  I’m so blown away that with her talent, she would open her blog to me.  Thank you “Fishy!”

Do you ever look back on your younger years and just shake your head at your younger self?  There are times when I would like to go back and talk with/warn my younger self to steer clear of my chosen paths. Honestly though, I don’t know that I would have listened to me back then.

This story is one of those times. I spent four years in my late teens early 20’s hanging out with a bunch of British/English girls. I mention that they’re from England because it’s a significant part of this story further in.

These girls and I decided, that it would be a great idea to party at a bar over the border in Buffalo. Over the border because we were all in Canada. I was a very naïve young lady, having been raised in a sheltered life, under extreme control.  It hadn’t been long since I escaped my family life, and I was determined to do all the things that I was never allowed to do.

Partying was at the top of my to-do list.  I digress, where was I?  Oh yes Buffalo…Bar…One guy, 2 Canadian girls and three British/English girls jump in a car and head for Buffalo, Yee ha!  Party right?!

We find the destination of our choice and head in.  I forgot at the time that you had to be 21 to drink in the States.  I wasn’t. I hadn’t even had much experience with drinking at all, with the sheltered and controlled life I’d been raised in.

So, the music is pounding, we’re dancing up a storm (I love to bust a move) and I’m getting thirsty.  It happened to be a 2 for one night with drinks at this bar. One of my friends was old enough to buy drinks so, it wasn’t long before I had one in front of me. This drink was not a small glass either but a huge cup of Singapore Sling. I had never had one before. All I knew, was that it tasted like juice and I was thirsty, so I downed it…Yummy!

Back to busting a move.

After said move busting, it was getting late and time to go.  We rounded up our group and headed out. The cold air hit me and so did that Singapore Sling. I was so drunk I couldn’t stand up, and everything was funny.  I’m sure many have been there, but this night was different.

We found a hot dog stand just outside of the bar. A couple of people in our group were hungry. You know because dancing works up an appetite.  So hotdogs were ordered.

As my friends were eating their hotdogs and trying to hold me up, 3 huge black men came up on us.  One went straight for our male friend and said “Give me your hotdog.”  Male friend was surprised and not sure what was happening, so responded as such. “Excuse me?”  He said. Huge black guy didn’t say another word, just hauled off and punched male friend right between the eyes.  Male friend’s girlfriend decides to step in front and confront huge punching guy.  Not smart I know, but when you’re in shock and the adrenaline is pumping…

Pan over to me for a sec…I know what is happening is serious, but I’m so drunk I’m laughing my head off and trying to stay in a vertical position. My friends are both trying to shut me up and keep me standing up.  They’re the ones that gave me a drink loaded with alcohol…

Just as the girlfriend is about to get beaten up, the three huge black guys take off running.  It seems there were some cops on their tail. Can you say “PHEW?”  That’s an understatement!  We dodged a bullet in more ways than one that night.

It may go without saying that we hightailed it out of there after, most of us very shaken up, and male friend with a sore face.

A week later, we heard that in the same spot this incident took place, three females were shot dead one week prior.  Notes where left on their bodies saying, “Just because you’re British.”

Things could have been a lot worse for us then they were. I can’t say I’m not glad I was drunk that night for obvious reasons.

I never again went across the border to party.  I won’t say I didn’t do lots of other stupid things in those years, but no more border crossing to bust a move.

Dear younger self, be careful what choices you make, more often than you know, they are life and death choices. That’s what I wish I could  have told my younger self.