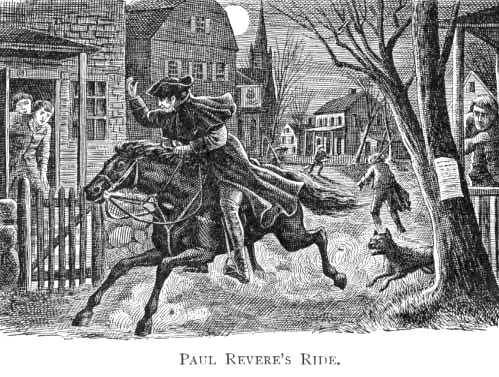 The dumbest thing I’ve heard this week is Sarah Palin. I know, I know, pointing out that Sarah Palin said something dumb is as obvious as pointing out that the sky is blue, grass is green and gravity makes things fall down a lot. Every time she opens her mouth, something idiotic flops out like a big ol’ cow tongue, but sometimes I can’t help but rubberneck at the catastrophic calamity she engenders. The inarticulate, rambling dumbness to which I was subjected this week can be found here. Click if you dare. If you’d rather not devote brain cells to this twat, you are very smart indeed. I have quoted the monstrously thickheaded remarks she made in the following paragraphs, so there’s no need to sully your gray matter with this piffle. See how thoughtful I am?

He who warned uh the the British that they weren’t gonna be takin’ away our arms uh by ringin’ those bells and uh makin’ sure as he’s ridin’ his horse through town to send those warning shots and bells that uh we were gonna be secure and we were gonna be free.

And then when questioned about her preposterous prattle, she had this to say:

And that, my friends, was the dumbest thing I’ve heard all week. Until I watched the rest of the video where they talk about her idiotic followers actually trying to edit the Wikipedia page so that it matches Sarah Palin’s version of American history. Not only is that inconceivably moronic, but it’s terrifying that people would actually try to alter history so that it matches up with a sham politician’s words. It’s Orwellian to say the least. We’ve always been at war with Oceania…

I can’t even begin to figure out what the hell is wrong with her or why it is that I’m continually forced to hear her name bandied about in the public spotlight. To be so idiotic as to say that Paul Revere did any of the following is unspeakably stupid:

Do you not know anything, Ms. Palin? Wait, don’t answer that. I’m sure the answer to that would be another halfhearted and wrong explanation of how you “didn’t mess up.” Shut your damn hole and crawl back into the cave from whence you came, you inane prat. I don’t have adjectives enough to revile you. And if you or your monkeys ever try to alter history again, I will make it my business to see that Paul Revere returns from his grave and this time there will be no warning shots… or bells.

Join 9,088 other followers
Follow Fish Of Gold on WordPress.com