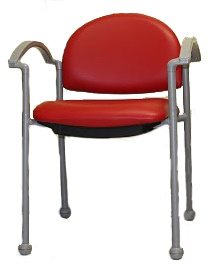 I’ve claimed on this blog before that I’m poor. Well, apparently, I’m not. According to the republic of California, I make enough money to be charged the absolute maximum for health care services on a sliding scale, even though I don’t actually have a, you know, job or a source of income, other than the checks the state is kind enough to send me bi-monthly, which aren’t even tax-free.

Somehow, the state of California decided that it’s completely reasonable to charge me, an unemployed person, over a thousand dollars for services I haven’t even received yet while other people receive those same services for free. I have spent eight hours with my butt plastered to a vinyl seat in some office or other trying to get help to no avail. I started this process in August; it is now December and I’m not any closer to the finish line.

Now, if I was homeless, a defendant in some sort of legal process, had at least one or a dozen children, paid alimony, child support or was on welfare, I’d be golden. But, since I am single, have no children, owe no one money (besides to the state and federal government once tax time rolls around, and my poor, beleaguered credit cards), and actually have the gall to pay for a roof over my head every month, I get no breaks.

This is not the first time I’ve been bent over and buggered sans lube because I make too much money. When I tried to get financial aid for college, they told me that my parents made too much money, even though my parental units wouldn’t give me a plug nickel towards education, or anything else for that matter; I have been financially supporting myself from the age of fifteen.

When someone tried to kill me, all the domestic violence hotlines said I made too much money. Sorry, we can’t help you. I get fucked at tax time since I’m single, have no dependents and don’t own a house – scratch that–because I cannot afford to buy a house.

Many moons ago, when I foolishly thought that I could actually afford health insurance, I paid three times as much because I’m single and have no dependents. It was so expensive that I couldn’t even afford to use it.

And now, when it comes to public health care, I am fucked again. The state has decided to probe my anus with its mighty government cock all because I have terrible taste in men, and therefore, choose to be single. Spread your cheeks and brace yourself.

If I was way below the poverty line, I could get anything for free. If I was truly middle class, I could afford to buy services myself. But, because I’m part of the exclusive ranks of the working poor (or I was when I actually had a job), I get nothing. I fall right through the cracks.

This post is part of the On Being Series.