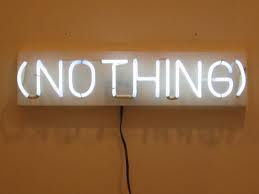 Ah, the old ‘what if’ game. I’ve played this game a thousand times and I always come up with the same answer: I would change nothing.

I could decide to take that full-ride scholarship to Cornell University and I wouldn’t have ended up a homeless junkie. I’d have a college education from a well respected school, but then I wouldn’t have learned any of the lessons that being a homeless drug addict taught me. A formal education has got nothing on life experience.

I could change getting hit on the head and losing my short-term memory for a while along with permanently losing most of the memories of my childhood, but I wouldn’t have learned any of the lessons that a massive head trauma taught me, either. I wouldn’t appreciate what I have. I wouldn’t be honest all the time since I can’t remember lies. I wouldn’t have the nickname Goldfish.

I could change my incorrigible behavior over the course of my life, but if I hadn’t behaved badly and suffered the consequences, I wouldn’t have reaped the benefits of experience.

If there’s one thing I could change, it might be to forgive myself a little earlier. I would make myself realize that the choices I’ve made and the things I’ve done are the sum total of the person I am now.

There’s no sense fretting over the past since there’s nothing that can be done about it besides learning the lessons that it presents. Even if there was a way to change one thing, I don’t think I would since I’m very fond of being the me that I am now with all of my faults and demons, not some other possible version with a Cornell degree. I don’t think I’d like that version much anyway.