Hello, Internet. Since I just told you yesterday that I’m only posting about grief and dwarves, inspired by Not A Punk Rocker‘s latest search terms, it’s time for another installment of Dear Goldfish, the (not) weekly series where I answer real questions asked by our studio audience, in other words, you.

The following questions have been submitted by people who typed words into search engines with no editing or censoring (and culled using the classic stats page, of course). I shall do my best to answer them.

Dear Goldfish,
words to describe laughter in a bad way?

I don’t think there are any bad ways to describe laughter. Laughter is always good, unless you’re laughing at someone. Then it’s just mean.

Well, I don’t rightly know since he died a long time before I was born, but I’d say that baby Jesus was just like other babies, i.e. annoying, what with the constant crying and pooping.

It’s a gang sign for the 13th street gang. It means back off or you’re dead.

Actually, I just made that up since I have no idea how one would even go about wearing panties upside down, unless you wear them on your head.

I’m not sure what a penuts is or it has to do with Sonny Chiba, but I do know that Sonny Chiba is made entirely of badassery, and with the possible exception of Bruce Lee (just for sentimental reasons), he’s my favorite ass-kicker. I own not one, but two, Sonny Chiba box sets, because Sonny Chiba rules. Anyone who says different will have their ass kicked by Sonny Chiba’s penuts.

You’ve got some real stumpers today. I have no idea why anyone would have a little fish on their belly. Get that fish some water STAT!

Excellent advice. I have nothing to add to that.

I suppose it all depends on who’s upper thigh you’re looking at. It’s all subjective anyway.

Well, realistically, it’s more important to have, say, four instruments than four letters when starting a band. Letters aren’t very musical. Besides, I’m pretty sure most four letter words have already been used as band names.

Alright. You’re entitled to your opinion. But, if women are “yukk horrible,” why are you searching the internet for them? 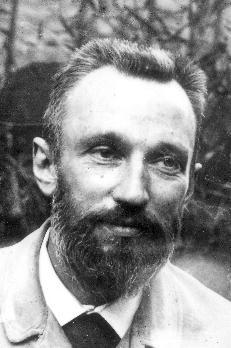 Dear Goldfish,
what is letter d?

Well, D is the fourth letter in the English alphabet and the 10th most frequently used. You can’t spell Dear Goldfish without it.

French! Translate says that means, “dream sensor,” so, congratulations! I have no idea what that means in either French or English!

Well, tin foil doesn’t generally go through chemical changes as tin foil. You can melt it, but then it ceases to be foil and it’s just tin.

Well, that’s just about all we have time for today. Remember, you can submit your own question to Dear Goldfish. Thanks for joining us and be sure to come back for more Dear Goldfish next week! Thank you and good night!