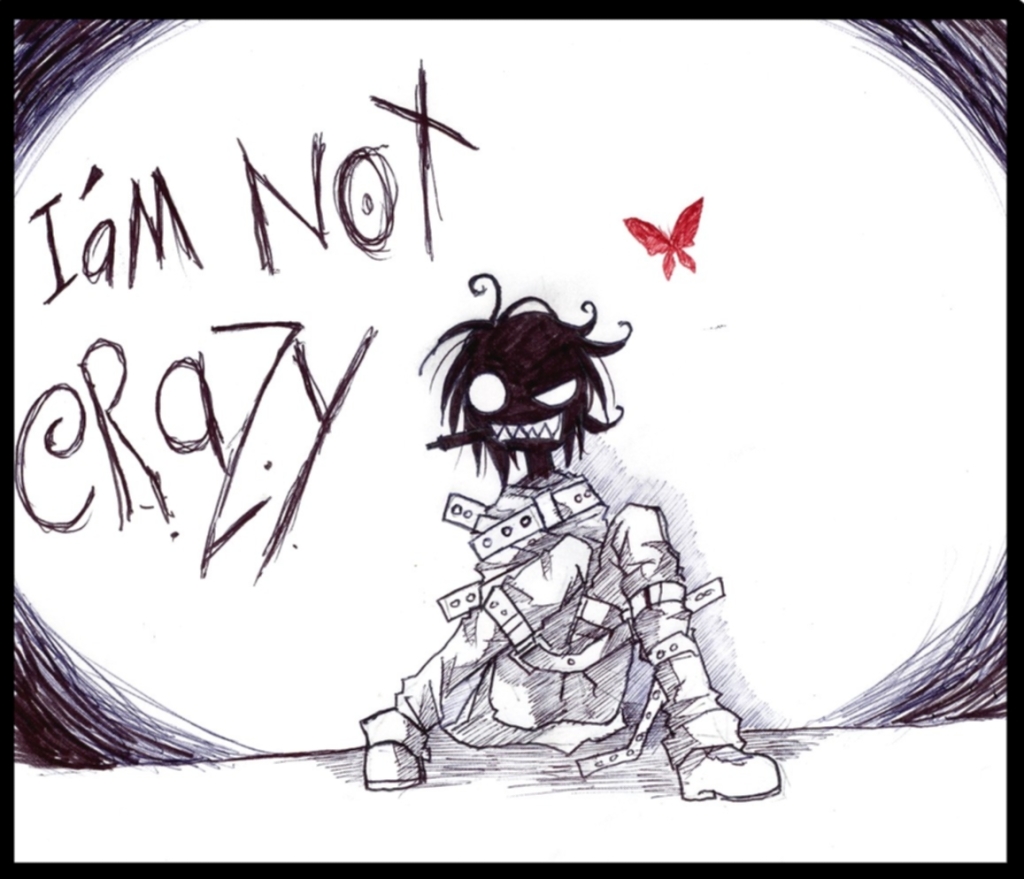 Almost all people experience depression at some point in their lives unless they’re just absolutely batshit crazy, then they experience swarms of geese and terrifying pantsless clowns in their brains. The rest of us who didn’t come equipped with tin foil hats, but have to make our own like chumps, have experienced some symptoms of depression at one point or another.

Because we all have, or think we have, experienced depression, it makes it very, very easy for people to say something on the order of, “I was depressed once when my grandmother died. I exercised a lot, drank a lot of water and prayed to Vishnu, and a few months later, I was all better, though still a little sad that Gran would never make her famous cookies again. I sucked it up and got on with it. You should do that. Just stop being depressed. Suck it up, sissy.”

While people are letting these brainfarts dribble from their faceholes, I am trying to drill a hole in their brain to let the idiot demons escape using only my mind. I haven’t succeeded yet. So far, all those idiot demons are still in those brains. One day soon, with enough practice and perseverance, I hope to hone my mind drilling/idiot demon exorcizing abilities. I’ll charge a nominal fee and will be very, very busy.

Anyway, instead of unsuccessfully trying to drill holes in their brains with my invisible brain drill, what I should be saying is, that’s not depression; that’s grief.

When your Gran dies, as long as she wasn’t a complete asshole, you will experience grief. Grief and depression do have some things in common though, which is why a lot of people confuse them. So, I’ve decided to make a handy reference chart of symptoms of both and their differences.

Grief: A multifaceted response to loss, particularly to the loss of someone or something to which a bond was formed. Although conventionally focused on the emotional response to loss, it also has physical, cognitive, behavioral, social, spiritual and philosophical dimensions.

Acute Depression: A depressive episode that typically occurs as the result of a traumatic loss, e.g. when Gran dies, you lose your job, a panstless clown comes to your house or any number of bad, sad or scary things happen. People with mild or acute depression can get by without medication and may well find their symptoms begin to subside without treatment over time. Lifestyle changes such as regular exercise, relaxation, ensuring sufficient and regular sleep, etc. are often sufficient.

Chronic Depression: Major depressive disorder (MDD) is a mental disorder characterized by a pervasive and persistent low mood that is accompanied by low self-esteem and by a loss of interest or pleasure in normally enjoyable activities. It is a serious medical condition which may severely impact a person’s ability to control their thoughts and behavior, and could even disrupt a person’s ability to perform everyday tasks.

Grief sucks. Acute depression sucks. There’s no doubt about that, but grief fades with time. It doesn’t recur. Day by day, the initial loss of Gran becomes less painful. People who experience grief and acute depression eventually do get on with their lives. There’s nothing wrong with their brains. Grief is a natural symptom of loss.

Chronic depression doesn’t work that way. No amount of time will cure it. It doesn’t even necessarily require a traumatic life event or loss to trigger it. We cannot simply “get over it.” Exercise, meditation, medication, sleep… none of these things will cure it. Chronic depression is a lifelong thing and it never entirely goes away. Ever. It just goes into remission sometimes.