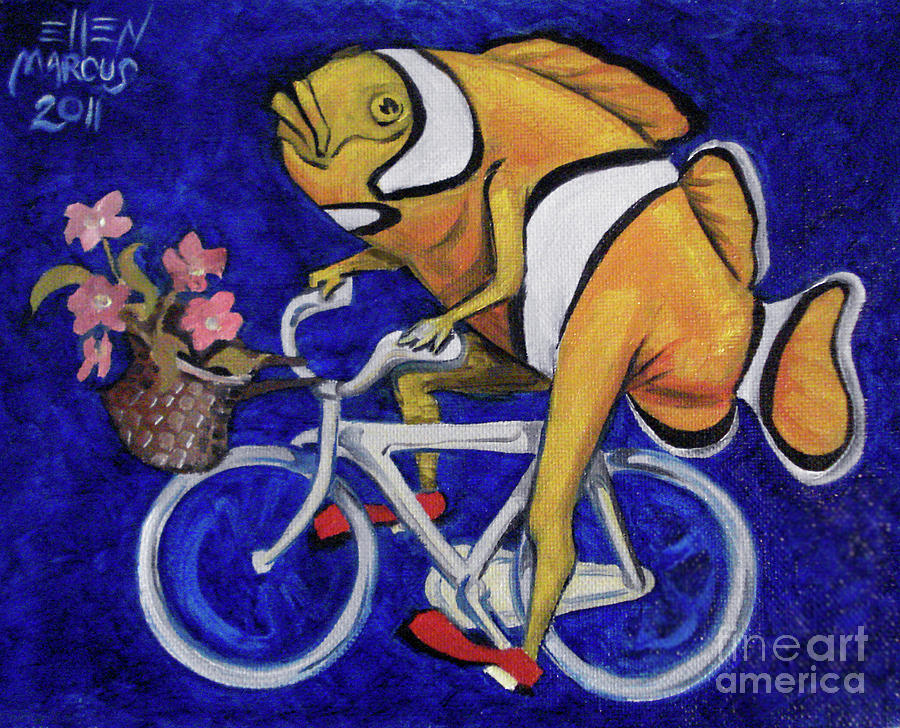 You’ve all gotten your annual reports from WordPress and you’re posting them. I love looking at those reports, too. FOG was visited by 161 countries this year, which is 30 or so shy of the number of the countries in the whole world, depending on who you ask. Neat! Someone from Vatican City really needs to visit FOG so I can have a complete set. Waves at Le Pope.

I’m not going to share the rest of my report though. It will seem like bragging, because my numbers are damn impressive. Instead, I made a fish word cloud at Tagxedo. These are the most commonly used words on FOG. 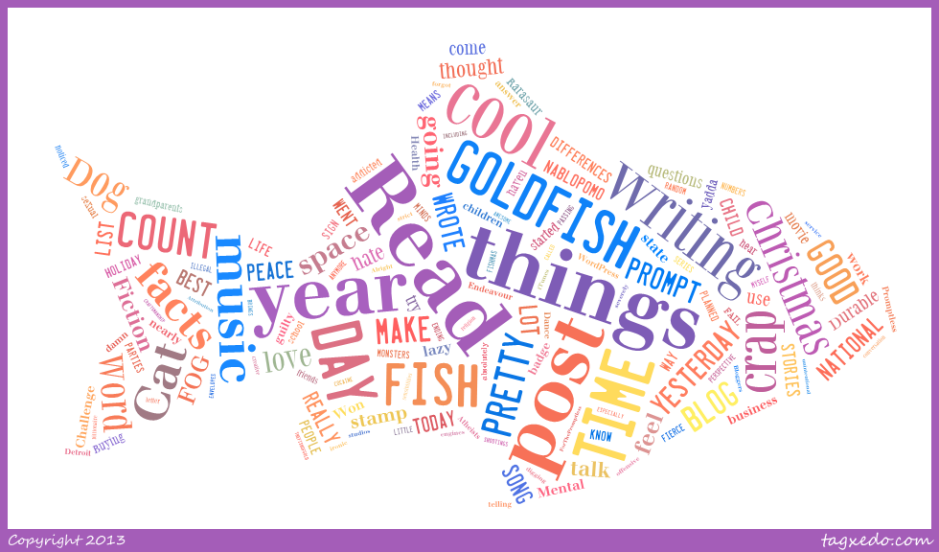 I also found you this picture of a clownfish riding a bicycle for no goddamn reason.

Feel free to use this chintzy little post to wish your bloggy friends a happy new year, because that’s what you’re supposed to do on new year’s eve, so the manual tells me. 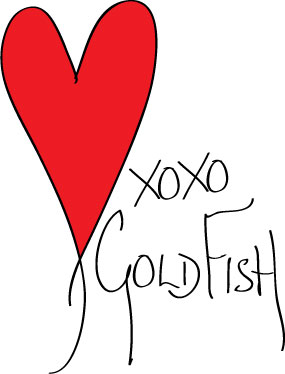 New record: This post is officially the most useless and dumb post on all of FOG. This is what happens when they make us work until 3 on new year’s eve.