I am a real, genuine, natural blonde. My ancestors were from the harsh northern climes near the arctic circle where there is nothing but snow, giant axes and swords, and huge bulging muscles:

Alright, so that’s a video game and that guy isn’t even wearing a badass helmet with horns on it. You can’t be a proper Viking without a badass horned helmet, right? 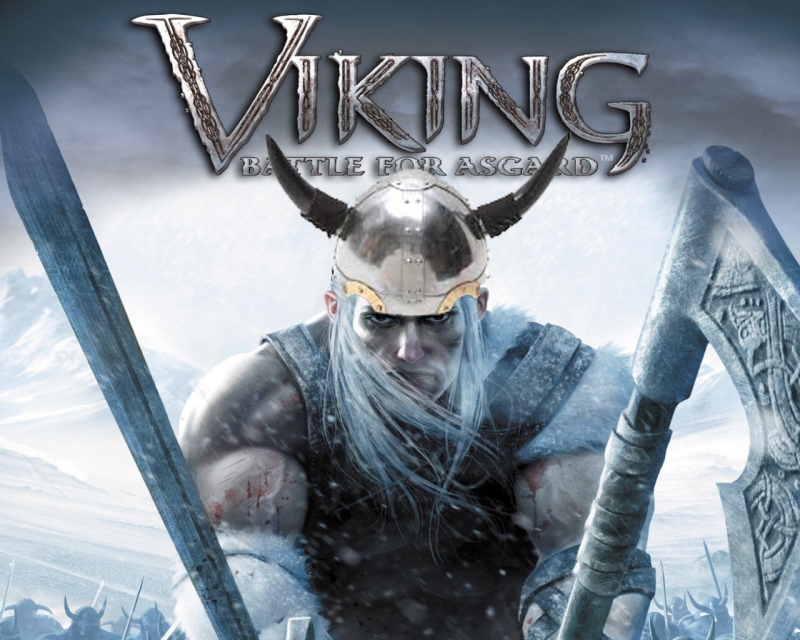 Vikings are a stereotype and so is being a blonde. How many dumb blonde jokes have you heard in your life?

Q. Why does it take longer to build a blonde snowman?
A. Cause you have to hollow out it’s head!

Q. Why was the blonde in the tree?
A. Because she was raking up the leaves!

A. Why do blondes always smile during lightning storms?
Q. They think their picture is being taken.

And so on. There are more blonde jokes than you could ever tell in your lifetime. What do they all have in common? Blondes are dumb, especially blonde women. Most of them aren’t even funny, but if I hear a blonde joke that’s actually funny, I laugh. I take it in stride because that stereotype doesn’t apply to me. I am a blonde woman. I’m not dumb. Still, I cringe a bit inside whenever I hear a blonde joke or any joke that propagates stereotypes. I hate stereotypes.

From the wiki linked in the previous paragraph:

The notion of ‘dumb blonde’ has been a topic of academic research reported in scholarly articles and university symposia, which tend to confirm that many people hold to the perception that light-haired women are less intelligent than women with dark hair. At the same time, there is no evidence of intellect disparity based on the shade of hair, which leaves the question about the origins of this perception. A possible explanation is that attractive women have less pressing incentives to cultivate and demonstrate their intellect in order to ensure their future, since attractiveness is an asset as well.

So basically, because “many people hold to the perception that light-haired women are less intelligent than women with dark hair,” even though “there is no evidence of intellect disparity based on the shade of hair,” blondes are considered stupid.

It continues to say, “The dumb blonde stereotype (and the associated cognitive bias) may have some negative consequences and it can also damage a blonde person’s career prospects.”

Ya think? Do you think, walking into a job interview, when they notice you are blonde that it makes a difference? I do. I’ve had it happen to me.

Personally, I think the problem of the dumb blonde stereotype is not derived from natural blondes, but from women who aren’t even naturally blonde who get their blonde from a bottle. Hollywood sex symbols like Marilyn Monroe, Jayne Mansfield, Mae West and Jean Harlowe were not natural blondes.

Real blonde hair does not look like this or do any of these death-defying feats, no matter how you tease it, curl it, spray it or use contact cement:

Real Blonde hair is not curly. Real blonde hair won’t do any of that without serious structural support. Real blonde skin that goes with real blonde hair cannot ever get as tan as Jessica Alba or Jessica Simpson. Real blonde hair is ridiculously thin and limp. If you rub my hair between your fingertips, you barely even feel the individual strands. All it does is hang there. It is nearly impossible to get it to hold a curl. If I want to curl it or put it up, I have to use tons of styling product. When I had a mohawk, I had to use gelatin. I can put all of the hair on my head in a ponytail using a small child’s elastic band and it will still have to go around 5 or 6 times. This is what fine, blonde hair looks like:

That’s what my hair looks like. Notice how, on all of these celebrities, it just hangs there, not doing much of anything. There’s no body, no curl, nothing. Granted, Scarlet Johansson’s hair is dyed blonde (nobody has hair that color naturally), as are probably most of the others, but it’s the texture. Scarlet is using a child’s barrette to keep all the hair in the front out of her face. That is real blonde hair. It’s flat and straight with no body.

I think it’s women like Pamela Anderson and Paris Hilton that perpetuate the dumb blonde stereotype. That’s not to imply that either of them is dumb since I don’t actually know them, but they certainly do nothing to further the concept that blonde women are intelligent. And then, of course, there’s the ultimate blonde stereotype:

I’ve tried dying my hair a darker shade before, but I look ridiculous. My skin is so pale, almost glowing white, that with dark hair, I look like a corpse, a goth or a gothic corpse.

So, I stick with blonde. I feel comfortable as a blonde since I’ve always been one. So, you go on with your blonde jokes and I’ll go on shrugging them off as they in no way apply to me.