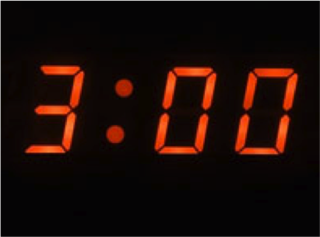 I heard the car door slam, and immediately looked at the clock. It blinked 3:00 at me. Beer O’clock. He had been out all night drinking on a Tuesday and he had just gotten home. The slam of the door meant he was good and soused. I pretended to be asleep. It was the closest I’d get to sleeping for the rest of the night.

The question was, would he be drunk and violent? Would he yank me out of bed by my hair, slam me against a wall and try to strangle me? Would he smack me across the face and knock out another tooth? Would he give me yet another black eye?

Or was he drunk and maudlin? Would he go into the bathroom, fill up the tub, get in fully dressed and grab the hairdryer that was still plugged in? Would he threaten to kill himself again, and then get angry when I didn’t play along and try to kill me?

Both were possible. Both had happened. Both alternatives had the same outcome, which was him trying to kill me, but never finishing the job. I just didn’t have the energy for it anymore, either way. I wished that he would just kill me and get it over. It was 3:03 and I had to go to work in a few hours. I pretended to be asleep.