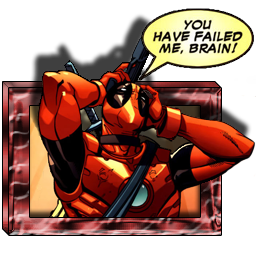 My brain is not to be trusted. I don’t have the best brain. It does not remember things it should. If you’d like to know why, read the post Goldfish. Instead, useful information is replaced by lyrics to songs I never liked. I have entire chunks of my memory dedicated to meals that were just ordinary and to things people said even though I can’t remember who said them. I sometimes think movie quotes are things my friends said in real life. I insert people into my memories who weren’t actually there. Sometimes, I didn’t even know these people when said memory happened. Because the English language rules, there’s actually a word for it: confabulation. Confabulation is when your brain fabricates imaginary experiences as compensation for loss of memory. I do that a lot because I have a lot of lost memory. So, like I said, my brain is not what you would call reliable.

And then there’s déjà vu: the sense that you’ve experienced something before. Déjà vu is like a skipping record. Forgive my old school analogy, but sometimes when you are listening to a song on an antiquated device called a record player, the needle will jump back a few bars and you’ll be treated to the same thing again. That is déjà vu.

Because science rules, even more than the English language, there is an explanation. Your brain, like a dusty record, gets confused. Your short-term memory and your long-term memory overlap, giving you two different versions of the same thing. You can recall experiencing something, but you can’t remember the specifics. That’s your brain malfunctioning. That’s your brain trying to trick you.

Now, if you are not used to your brain being a shifty bastard like I am, I can see how that would lead you to some otherworldly explanation. If you can think about it rationally, there is a scientific reason. But, since the same brain that you want to think rationally is the one trying to trick you, things sometimes get a little out of hand and people look for answers outside of Occam’s razor where the simplest explanation is usually the best.

The simple explanation is that, when you are perceiving the weirdness of experiencing something before without being able to recall the details, it’s actually your brain malfunctioning. It’s trying to trick you into believing that it’s not malfunctioning since it doesn’t want to be blamed for the error. It’s the captain of the Titanic trying to blame it on the iceberg when the iceberg is actually part of the ship.

So, I give déjà vu little credence. When it happens to me, I remember that my brain is just failing again and that it will be over in a flash. There’s no supernatural business going on. There’s no divination or past life anything. It’s just my brain acting as per usual, in a malfunctioning sort of way. Since it’s the only brain I’ve got, I tend to forgive and forget. My failbrain and I have little choice but to live with each other. I force it to be rational and continue recalling lyrics to a Spice Girls song for absolutely no reason.