The word for “left” in Latin is sinister, which has come into English meaning “evil.” The French word is gauche, which in English means “awkward” or “tactless.” The English word comes from the Old English for “weak.” Southpaws, lefties, sinistrals. Left-handed people have been ostracized for hundreds of years.

Today, we’re going to discuss the most awkward products for lefties to use, because everything is designed for right-handedness. This will probably come off as whiny, but really, I just want you right-handers to be aware of how much we left-handed people have to adapt to your world on a daily basis.

Doors and handrails
Almost all doors are designed to open with the right hand and hand rails are always on the right. This isn’t generally a problem until you’re carrying something heavy and have to switch hands just to open the door.

All things measuring
Measuring cups, rulers, tape measures, tailor tape, etc. are designed to be held in the right hand. If you want to measure something left-handed, I hope you can read upside-down or backwards. 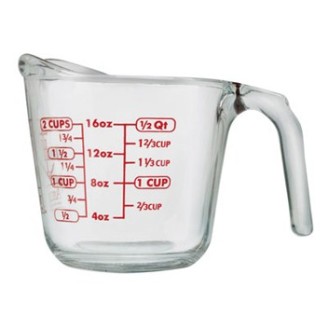 Watches
The winding buttons are on the wrong side. When worn on the non-dominant hand, as is customary, a left-handed person has to take a watch off to wind it or set the time. Forget about trying to set your watch while it’s on your wrist. I’m left-handed and I wear my watch on my dominant wrist because it’s easier.

Kitchen utensils
Some kitchen tools, like straight wooden spoons, are naturally ambidextrous. Others are not. Some spatulas, most peelers and almost all oven mitts are designed for right-handed people.

Dinner tables
Odds are very good that most of the people at your table will be right-handed. If you sit a righty and a lefty together, they’ll inevitably bump elbows. At a square or rectangular table, it’s not a big deal. I’ll just sit all the way down on the left. But a round table doesn’t have that option. If you squeeze a bunch of people in at a round table, a lefty and a righty will be bumpin’ elbows: 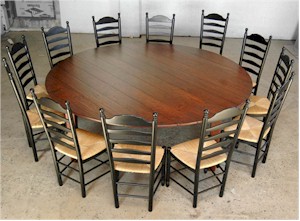 The worst is when you put your drink on the left where you want it and accidentally end up drinking the right-hander’s drink they put there, too.

Musical instruments
Almost all instruments are designed for righties with the exception of those that use both hands, e.g. clarinet, or the outlier French horn where you finger with your left hand. Jimi Hendrix and Paul McCartney both play their guitars upside-down.

Hand tools
Trowels, rotary cutters, paint rollers, box cutters, utility knives, garden pruners, wire cutters and strippers, wrenches, pliers, Swiss army knives, tweezers, even coffee cups (the design faces you instead of facing outward)… almost everything you can put in your hand and do something with is designed for right-handed people.

Alarm clocks
The controls are invariably on the right. When I set my clock, my hand is over the display and I need to contort my wrist to be able to see what I’m doing.

Pens on chains/signature pads
You’ve all used one of these jobbies: 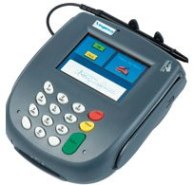 Before those, they had pens on little chains attached to desks:

Both of those arrangements are designed for right-handed people. The chain/wire attached to the pen/stylus is invariably too short or too tangled to reach the other side where lefties need to write. Consequently, my writing looks something like this:

Zippers
Quick, which side does the flap over the zipper on your pants open? If you said right, you are right. Yup, even zippers are designed for right-handed people. 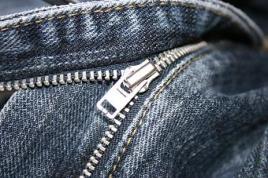 Cameras
Every single camera or camcorder I’ve ever used is right-handed. The shutter button and controls are always on the right. 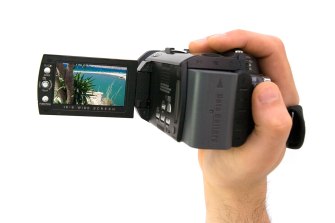 Computers
I once had a job that gave me this awful right-handed mouse:

I used it. I can use a mouse with my right hand just fine, but I prefer using my left hand. For the longest time, computer mice refused to be ambidextrous. Nowadays, they’re a lot better about it. Still, even if you flip the mouse settings around, the little pointer and hand will always be right-handed:

This is why I love my Wacom Tablet. They have thought about lefties. They even have two inputs for the charger so you can use it left or right-handed. If you plug it in left-handed, even the label buttons light up the right way. This is mine:

Knives
Most knives are serrated on the wrong side. When we lefties cut a loaf of bread, it all goes badly wrong with diagonal slices or slices that are fatter at the bottom because the knife is backwards.

Power Tools
If you thought the rest of this list was bad, try building something. All manner of power saws from chainsaws to circular saws, a lot of drills, weed whackers, grinders, sanders, and most other power tools are right-handed. Sometimes, it can be downright dangerous to use the wrong hand. A circular saw blows sawdust to the right. When held in the left hand, it blows the sawdust right in your face.

Pens and Pencils
Lefties write from left to right like the rest of you:

The problem is that means our hand goes over what we just wrote. When using fast drying ink, this isn’t generally an issue, but anything but fast-drying ink leaves smudges on the paper and on your hand. The only way to remedy this is to either twist the paper or twist your hand to an incredibly awkward and uncomfortable angle, or both, like this:

Chalkboards/marker boards
I’ve never been any good at writing on boards. When I write on a marker or chalkboard board, here’s where all of my writing ends up:

My writing is either erased by my own hand a second after I wrote it or I have to do some complicated bridge thing like making a difficult billiards shot, which makes whatever I wrote completely illegible.

Spiral notebooks/3-ring binders
Ouch. The spiral is right where I need to write. When I was a kid, I used to use spiral notebooks backwards like a Japanese book, so the front cover was the back and vice versa, like this:

Nowadays, I only buy bound notepads or spiral notebooks where the spiral is on the top.

Those are right-handed desks. Nearly every school I attended from public to private, from junior high to college, had right-handed desks. I either had to sit on the edge of my chair side-saddle, facing to the right, or I had to use two desks, one to sit in, one to write on.

Can openers
I have never seen a left-handed can opener. I hear they exist somewhere, but I’ve never seen them. Usually, I use can openers upside down so the turny thing is on the bottom and I’m pushing the wrong way. Most can-openers, when forced to roll the wrong way all the time, have a very short life span.

If you use them the proper way with your left hand, you can’t see what you’re doing at all:

Scissors
This applies to everything from nail trimmers to general use scissors. They are all backwards. When I use right-handed scissors, I have to use them upside-down so the tiny thumb slot is on the bottom and the big finger slot fits my thumb. Right handed scissors SUCK. Not only is it ineffective, but using the wrong scissors can cause repetitive strain injury and carpal tunnel syndrome. 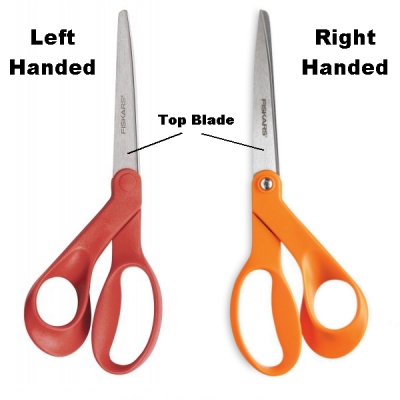