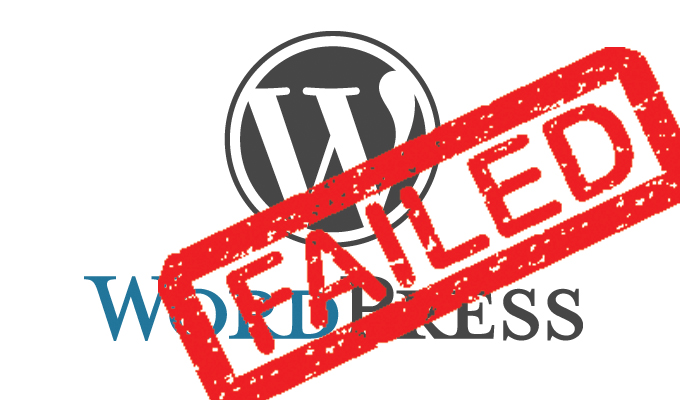 Well, you’ve gone and done it again. You’ve removed features from the editor without listening to our opinions until after the fact, and then, only if they’re positive.

At the beginning of this year, when you rolled out your malfunctioning and moronic Beep Beep Boop without any warning, I complained a blue streak, because I couldn’t even use it, and by extension, my blog for two days.

Back in January, I wrote a post, published it, went to lunch, came back and it was still updating.

I could neither write nor edit any posts on my blog. It was only on day two that I found the classic dashboard editor, through no help from you, which I’m using now and will continue to use until you rip it out from under me like so:

I would like a prorated refund for the two days of blogging you stole from me.

Almost as important as not being able to write posts at all, features that I paid for as part of my premium theme were no longer available unless I used the classic dashboard editor by going to WP Admin > Posts >All Posts > the post I want to edit.

I complained in your forums and got no response. I opened a private ticket and was told you’d take that into consideration. Ten months later, I still cannot access features that I paid for without jumping through hoops to get to the classic editor.

This morning, I went to edit a post. Because I’m lazy, I clicked on the disappearing Edit button that only shows up if you scroll up, but not when you scroll down (because that’s not arbitrary nor imbecilic):

Instead of taking me to your idiotic Beep Beep Boop editor, it took me to something that was even more useless, which I didn’t even think was possible.

Not only are the features that I paid for still missing, but now, so is spellcheck, because who needs to spell anything correctly? We all should be doing photoblogs from our phones. Words are for sissies.

In addition to spellcheck and the premium features I paid for, you’ve also either removed or still left out the following features: copy a post, request feedback, search your blog for existing content and link it, add a poll, word count, HTML toolbar, and the ability to easily resize and caption images. Nobody needs to do any of that ever. Not if we’re doing photoblogs from our phones anyway. Might I suggest that you change your name from WordPress to PhonePress?

I see that you’ve added this though, because as an anonymous blogger, it’s super important to me that you be able to track my location information:

So, like I do when I’m unhappy with the service that I pay for (Have I mentioned that I am a paying customer?), I went and complained.

This is not my first time at the WordPress comment rodeo. I’ve been a customer since 2009, back when you made improvements that were really improvements and not limiting, buggy disasters with no foresight, explanation nor rationale like today.

Anyway, I am entirely too familiar with your deceitful legerdemain (see below) when it comes to comments.

Lucky for you, I’m prepared for your chicanery. Because you don’t seem to believe in free speech, I took a screenshot of my comment this morning, which I then posted on Twitter.

I left the thread open to see when it was approved. Even though it says up there that I posted that at 6:37pm, it was only 10:37am my time. I refreshed the thread occasionally, but it still showed as your comment is awaiting moderation.

Finally, at 2pm, this happened:

Seriously? You denied my comment? I was very careful not to swear in it, even though I was quite tempted. There’s nothing in there that’s bad enough to warrant not approving my comment. Had you approved my comment, I wouldn’t have written this post, but your effrontery forced my hand.

I have a dissenting opinion. I hate your new editor. I should have the ability to say that on your stupid thread. I didn’t resort to name calling, threats, swearing or any other thing that you could consider offensive, yet you denied my comment, because I disagree. I wonder how many other comments you denied because they weren’t overflowing with compliments on your continued feature butchery.

Since you won’t listen to me there, perhaps you’ll read this, though it’s not likely since the last letter I wrote got no response from you even though several hundred people agreed with me.

I’m just going to quote myself from my letter from ten months ago, which is still germane:

Stop futzing. Stop tinkering. Stop taking things away. Stop moving them around so we can’t find the important things we need. You should be making our blogging experience better and easier, not more complicated and limiting. Just stop.

To WordPress Users: If you hate the new editor as much as I do, there’s a workaround so you never have to see it again! Click here for instructions. I installed a script through Greasemonkey, and now, every time I click edit, no matter where I am, it takes me to the best editor. Thanks to Serendipity for sharing and to tpenguinltg for creating the workarounds.