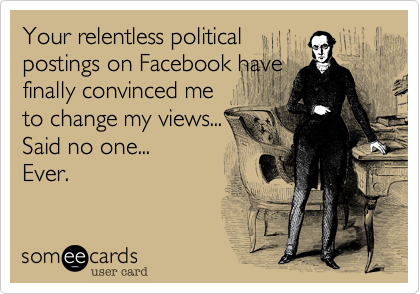 I wrote a rant about slacktivism in the wake of the YesAllWomen hashtag onslaught, which by the way, is barely surviving on life support now. I just checked and while there are still tweets trickling in, the “movement” part of the movement is gone. It’s just a sad vestige of what it was, like a party the morning after or Myspace.

Slacktivism gives the appearance of supporting/not supporting something without actually doing anything about it. Passing along “if you agree, share this” type posts does nothing and social media is rife with slacktivism.

I mentioned the other day that my mom is my Facebook friend and it ruined Facebook for me. I never use the account attached to my name anymore.

I am a private person. I do not like my phone and Google maps knowing where I am all the time. Unless I’m using GPS, I have location services turned off. Still, it’s very easy to track people through the internet these days.

There are two monsters in my life that I’m hiding from. Every once in a while, I search myself to see how much of me can be found and I’m always infuriated by how much of my personal data is out there for anyone to see and there’s absolutely nothing I can do about it.

I got that message this morning on Twitter. It annoyed me and was going to reply with something incredibly rude. Instead, I responded with something marginally rude only to find out that it was a bot message sent by Tweepdash. The person who used Tweepdash unintentionally sent that tweet to every single one of his followers who wasn’t following him.

That is some total bullshit right there and makes me never, ever want to use Tweepdash, not that I would ever be likely to use it anyway. If you follow me, cool. If not, whatever.

Much like newspapers saying bullshit on the front page, then printing a tiny retraction buried in the back to cover their asses, saying awful shit about people on social media is incredibly easy and we don’t even have to print retractions.

And this doesn’t apply just to people either. You don’t have to have facts anymore. You don’t even have to have an informed opinion. You can say any old random wrong thing about anything without any sources or science to back it up and at least some people will buy it and pass it along.

Sadly, the mainstream media is not innocent of this either as I bitched about in this post. 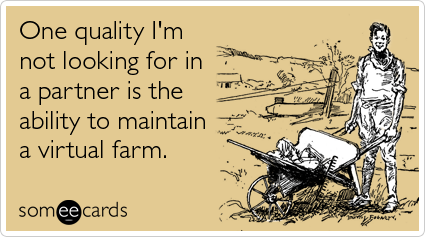 “So and so wants you to join them in playing Bingo Slot Car Poker With Farm Animals on Facebook!” Yeah, that’s nice. No. If I want to play a game, I’ll go play one. I don’t want you selling me on one.

I have a low level addiction to Candy Crush Saga. I play it on my phone during breaks from work. When I’m out of lives, I do something else. My goal is to make it all the way though without giving them even one cent. I’ve been stuck on certain levels for a week or two.

I don’t want to connect to my Facebook account. I want to play your stupid game for free in my free time without anyone knowing, because playing Candy Crush is mildly embarrassing. Stop trying to make me notify my friends.

6. It forces you to care what others think.

We’ve all posted something and thought it was brilliant only to have no one respond. “Nobody likes me! I’m going to die alone!” All of us, no matter how secure in ourselves we are, have wondered why our genius went unliked or uncommented upon.

There’s something about social media that makes us care how many friends, followers, likes and retweets we have. Do you know how many friends you have in the real world? Unless the answer is less than five, you probably don’t, because we don’t calculate friendship that way anywhere but online.

If someone responds to something you posted, you read it. You’ll probably respond to it. Why? Because they responded to you, which means they love you!

What did attention whores do before social media? How did they get the attention they so desperately crave? I really don’t know. 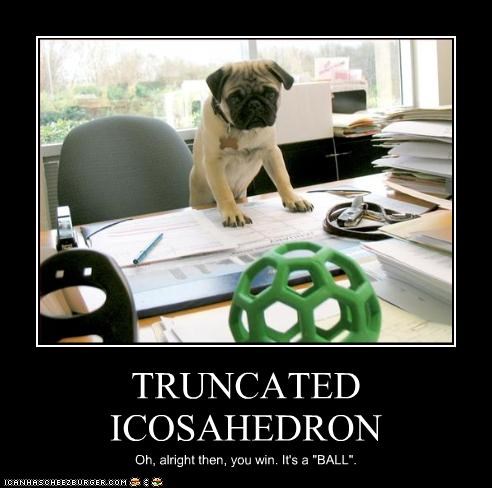 Before I can post something on Twitter, I have to rearrange it and delete unnecessary words to make sure I haven’t gone over the 140 character limit. When I write blog posts, I never worry about word count.

140 characters is not enough to dialog. At best, it’s the opening for discussion, but it is not a discussion in and of itself. By its limited nature, it can’t be.

Imagine sitting down at a table with friends and limiting yourself to speaking only in 140 characters. You wouldn’t do that in real life, so why do we think of social media as a replacement for that? It kills spontaneity.

Even when our moms aren’t watching, we don’t post the first thing that pops to mind. At least, I don’t. In real life, we speak for our audience. If we’re speaking to grandma, we’re not going to speak in the same style or tone that we would with our closest friends, unless, of course, grandma is your closest friend. With social media, you have to speak to everyone.

Imagine sitting at the same table with friends I mentioned above while knowing that what you say is going on the internet for everyone to see forever, including your mom or boss. In that situation, you would naturally censor yourself and that’s what we do on social media. By having everything we say available for everyone to see, we’re not being ourselves. Social media is not a natural form of communication.

10. It is not a replacement for real interaction.

It gives the illusion of staying in contact with people, but really, liking someone’s post isn’t at all comparable to having a conversation with someone in the same room or even talking on the phone. Social media makes us forget that.

Having lived in three very different and far apart places in the US, I use social media to stay in touch with people who live far away, but it’s not the same. 🙂 is not a replacement for actually seeing someone’s smile in person. You cannot hug ((hugs)).

“Go outside and play with your friends” is a command my mom gave me many times as a child and now, I say the same to you.