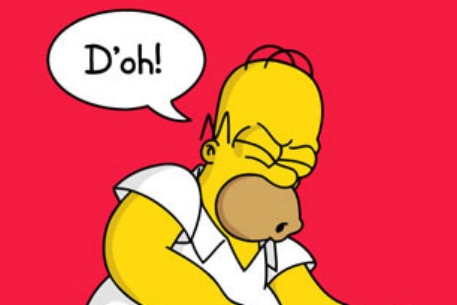 I was just reading a post over at Becky Says Things about her terrible problem with verbal diarrhea, the poor dear.

Anyway, when sober, I don’t have verbal diarrhea. I suffer from an altogether different affliction: Inappropriate Comment Syndrome. I’m a blurter. I blurt things out that may or may not be germane to the conversation or anything at all really. They may seem like non sequiturs to those around me, but to me, my comments make perfect sense.

Just last night, we had some people over and we had a rousing conversation about something. I excused myself to go to the bathroom and was thinking about the conversation the entire time. When I returned, I made a comment that would have been entirely appropriate five minutes earlier, but by the time I came back, they had moved on to something else. In my mind, it totally made sense. To those around me, well, that was so five minutes ago. It took them a second to figure out what I was even talking about at all.

When you have hardly any memory to speak of, it makes you honest. I can’t remember what lie I may have told to whom, so I have little choice but to tell the truth. However, even before I had a nasty head wound and lost my memory, I was a blurter.

When I was a kid, my grandmother was trying to sell a car to a private party. She made the mistake of not shunting me out of earshot. “Has this car ever been in an accident?” “No, it hasn’t.” And then I blurted, “Yeah, it has, Gram! Remember that time we were on the freeway?” Crickets. Sale ruined. She was really angry with me for that one, but she was lying! You should always tell the truth, right?

My best friend and I were trying to get into a sold out show in Hollywood a few years back. There were a few ticket scalpers outside selling tickets. My best friend is an amazing negotiator. “The market value for this bar of gold is roughly a million dollars, but how about I give you $20, this coupon for 10% off a steak dinner at Sizzler (fine print: offer not transferable), half a tube of lip gloss and this parking stub? You’re getting four things and I’m only getting one.” “OK.”

Anyway, she was trying to get us tickets and was working her magic on a scalper. “The show is going to start in a minute and you won’t be able to sell them then. We don’t have any more cash.” And then I stupidly chimed in, “I have another twenty.” Sale ruined. Now, when my friend is negotiating, I stand out of earshot lest I accidentally chime in with idiocy.

Some of my blurts are such brilliantly timed, satirically biting humor that it takes a second for it to really kick in and then people laugh until I actually get embarrassed about it. I’ve had things I’ve said instantly quoted on Facebook. I think the occasional stroke of glorious wit is why my friends continue to keep my around. I can see no other reason for it. I’m certainly not someone you want on your side of the bargaining table. I will ruin all of your negotiations.