Daily Post prompt: Explain why you chose your blog’s title and what it means to you.

Alright fine, not the end.

I had a traumatic head injury a long time ago. It left me ostensibly retarded for a while. I couldn’t remember anything. I couldn’t make new memories and I had a difficult time recalling the ones I had, sort of like the movie Memento, although John G. did not rape and kill my wife, I didn’t tattoo things to remember all over myself, my memory did improve somewhat and I’m not as hot as Guy Pearce. 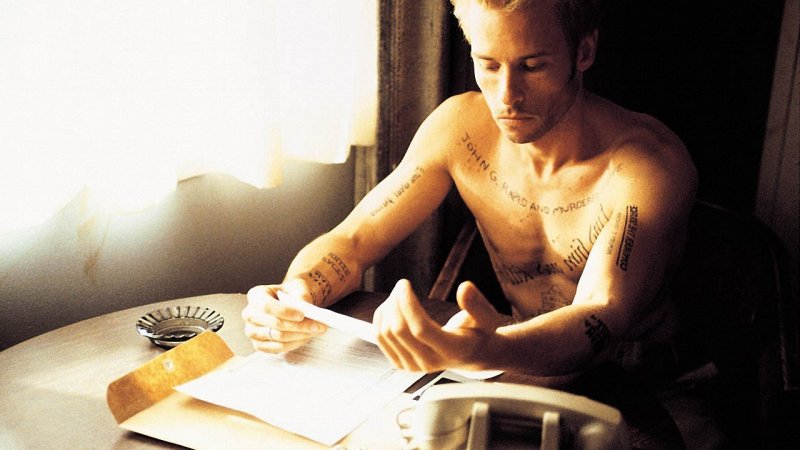 Memento does get a lot of things right though. In fact, it’s the closest movie I’ve seen as to what it’s like to not have short-term memory. You do need a system to be able to function. I used post it notes. I had post it notes everywhere. Memento also gets that sense of panic and confusion right. You wake up in a strange place not remembering where you are. I would have a conversation with someone and not only would I not remember the conversation, sometimes, I wouldn’t even remember the person I had it with. You repeat yourself a lot. It’s terrifying. You always feel like you’re missing something and you most likely are.

Because I was memory-impaired, my friends and family called me goldfish. It is said that goldfish have a three-second memory span. Although, in reality, they have a memory span of at least three months and can distinguish between different shapes, colors and sounds. Still, the myth prevailed and I was dubbed goldfish as an endearing term and as a way of explanation for my memory deficit: “I have the memory of a goldfish.” I had my brain FAIL before that movie came out otherwise my nickname might have had something to do with that.

To be honest, I don’t really remember the thought process behind choosing the name for this blog. I suppose I used the name Goldfish because it was easy. I don’t really identify with the goldfish as much as I used to since my memory has improved, but it’s a comfortable moniker. My memory is still a defining trait for me. I apologize for it all the time, just like Guy Pearce in Memento. “Oh, we’ve met before? I’m sorry. I was hit on the head, and I’m terrible with names and faces. Nothing personal.”

Recently, I’ve been kicking around the idea of upgrading this here bloggy business to its own URL, but the thing that stops me is the name. Some unmitigated bastard had the balls to buy up fishofgold.com. Of all the nerve! Don’t they know? I’m not sure what else I’d call this blog. I’ve gotten used to my little goldfish up there. It’s reassuring to me to come here and see its dopey eyes welcoming me. I suppose it doesn’t matter what I call it since it doesn’t really have a theme anyway. The only thing that ties it all together is me and the fish.

Anyone have any opinions on self hosted blogs? Is it worth it?